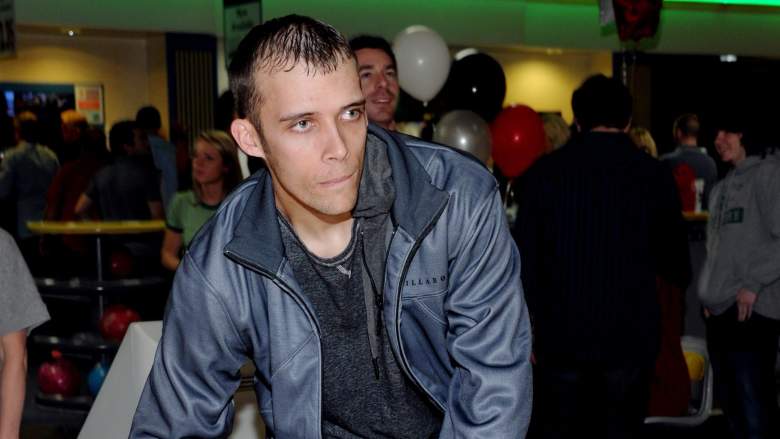 Clauson crashed Saturday night during the event on a dirt track in Belleville and was airlifted to a Lincoln, Nebraska, hospital.

He died from his injuries the following day.

Here’s what you need to know about Clauson:

Amateur video (above) shows Clauson flipping on Turn 4, then being struck by another open-wheel sprint car.

He died from his injuries late Sunday. He was 27.

Last night, the 7th of August, we said goodbye to our son, my fiancé, our friend, Bryan Clauson. He was surrounded by family and friends and we were grateful that we could experience his final moments with him.

Our Bryan fought to the end with the same desire that he demonstrated behind the wheel of all the various race cars he would park in victory lane. However, we were more proud of our Bryan that took a moment to make a young fans day, or demonstrated his uncommon kindness and appreciation toward his friends, family and fans.

We would like to thank everybody who has shown their concern toward us and kept us in their prayers. We will never be able to truly thank you. We would also like to thank the staff at Bryan Medical Center who stood and fought with our Bryan since he arrived here early yesterday morning.

We know that our Bryan is also your Bryan and that you would like to participate in honoring him. A service will be held at the Indianapolis Motor Speedway at a date and time to be announced soon. In lieu of flowers, or to make a donation, people may direct their contributions to the USAC Benevolent Fund website at http://usacbf.org/cash-donation/ or checks can be made out to the USAC Benevolent Foundation in the name of Bryan Clauson. The address is 124 E Northfield Drive, Suite F #129, Brownsburg, IN 46112.

Thank you for being a part of our Bryan’s life.

2. Tony Stewart was a Team Owner for Clauson

Stewart himself was a former USAC Midget Car champion, winning the series in 1994 and 1995.

Stewart heard about the crash and told NASCAR.com from Watkins Glen on Sunday:

Yeah, terrible thoughts. It’s a tragedy. That kid drove for us for a long time and did a great job and never went anywhere, I don’t care what happened, no matter how bad his day was, he always found a way to smile with it. Him and Lauren being engaged, the kid had such a bright future, and it’s just … it was hard to start the day today in the car. It sucks when it’s anybody in racing. It’s hard when you lose them, but it’s even worse when they’re somebody as close to you as Bryan was.

A number of drivers, team owners and others associated with racing took to Twitter to share their condolences.

My thoughts are with Bryan's fiancé Lauren and their family and friends. #bc

It's surreal to think Bryan Clauson is gone. He was one of the good ones. He was kind, funny, and a damn good driver. Heavy heart today.??

Tragic news this morning. Please keep the friends and family of @BryanClauson in your thoughts and prayers.

Sincere condolences to the @BryanClauson family. His contribution to our sport was immense. He will be sorely missed. RIPBryan

Awful news to hear about the passing of a true racer @BryanClauson God speed my friend.

Heartbreaking to learn that Bryan Clauson has passed away. Praying for peace and comfort for his family and friends. #racingfamily

Clauson began his professional career in June 2005 in the USAC National Sprint Series just two days after his 16th birthday.

A few months later, he won his first race to become the youngest winner in a USAC National event at 16 years, 3 months and 23 days when he got to Victory Lane in the Open Wheel Oktoberfest Midget race.

He found great success in the circuit, but jumped to the ARCA series in August 2006, then to the NASCAR Busch Series (now the XFinity Series) two months later when he was only 17.

Clauson made 26 races in the NASCAR series over two years with his final start coming in the 2008 Ford 300 at Homestead.

Clauson finished with one pole and a top 5 finish in his NASCAR career. 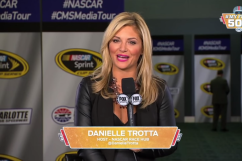 He was raised in Noblesville, Indiana, where he also attended high school.

Despite being only 27, Clauson racked up nearly 70 career USAC wins.

Clauson was attempting to start 200 races during the 2016 season. 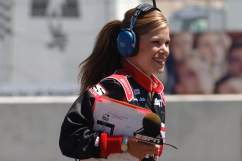