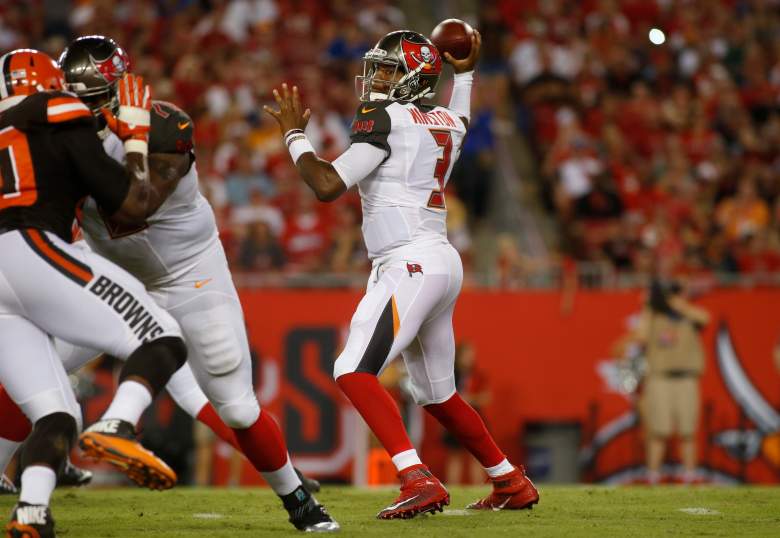 Looking for a live stream of the preseason game between the Redskins and the Buccaneers? There are no legal options to live stream the game if it is in your market, but if it’s out of market, you can stream it through a paid subscription to NFL Game Pass.

Kickoff is scheduled for 8:00 p.m. ET and will be broadcast locally in the Redskins and Buccaneers markets (click here for the channel in specific locations). Outside of those local markets, the game will be airing nationally on NFL Network.

Here’s a rundown of how to access the live stream:

How to Watch Redskins vs. Buccaneers Live Stream Online

You can watch a stream through NFL Game Pass, a subscription service that allows users to watch all out-of-market games live online. The live stream will be blacked out on NFL Game Pass in the respective teams’ TV markets. (Note: If you’re in market, you can’t watch live but you can watch a replay after the conclusion of the game)

Tonight’s game is not viewable through the free trial, and is only available to fully paid NFL Game Pass subscribers.

3) Enter your payment information. It costs $99.99 for the entire preseason.

How to Watch Redskins vs. Buccaneers on Mobile & Other Devices

Users with a paid subscription to NFL Game Pass can watch on mobile and other devices via the NFL Game Pass, which is free to download in the following locations:

Microsoft Store — This option is available for Verizon smartphone customers only

NFL Game Pass is also available for Apple TV, Xbox One and PS4. You can click here to see a full list of devices NFL Game Pass has been tested and optimized for.

The preseason match-up between the Tampa Bay Buccaneers and Washington Redskins was moved from from Thursday night to Wednesday because of the threat for severe weather in the Tampa area. The worst of the weather from Tropical Depression Nine is expected to make landfall on Thursday.

The change was announced late Monday evening, which created a quick turnaround for players who are gearing up for their final preseason game and fighting for roster spots.

“There are a lot of jobs on the line,” said cornerback Jude Adjei-Barimah, who is expected to play tonight. “Everybody here is trying to make a roster, trying to make this team, and this last preseason game is very important to a lot of us. We’ve got to be able to go out there and put on film [the results of] all our hard work throughout camp and be able to be evaluated by the organization. It’s very important that we get ourselves ready to go and come out here and play a clean game.”

Redskins coach Jay Gruden has said the team will rest most of its starters, in addition to some veteran backups. Rookie Nate Sudfeld is expected to get the start at quarterback.

“I mean it’s not ideal to do a game a little bit early just because it kind of messes with your process of what you study each day, but I’ve really diligent throughout the week of getting ready for this game, so I feel very prepared,” Sudfeld said, according to Redskins.com. “The funny thing is I told my quarterback coach on Sunday, I was like, ‘I feel like I could play them tomorrow,’ about Monday, kind of not thinking anything of it, so hopefully it holds true and we play pretty well. I feel very prepared.”

Fellow rookie draft picks Su’a Cravensand Kendall Fuller are both expected to get their share of reps as well.

Kick-off is scheduled for 8 p.m. at Raymond James Stadium.