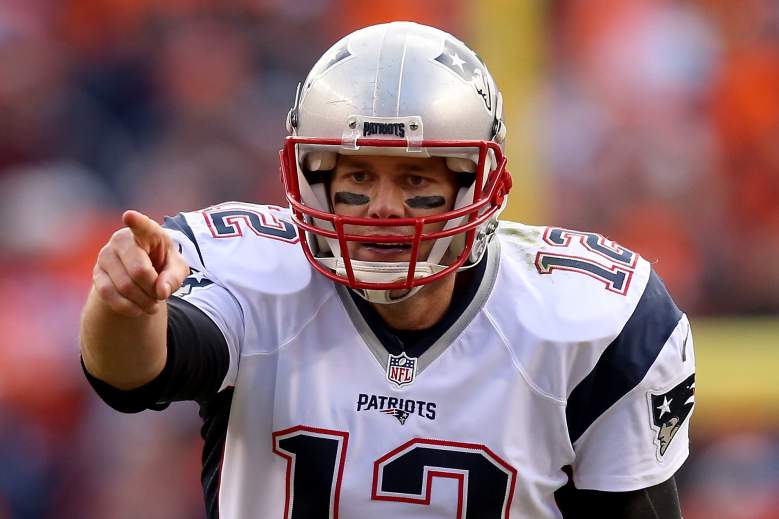 For the third consecutive year the Carolina Panthers and New England Patriots faced off in the third week of the preseason.

Tom Brady looked sharp in his preseason debut as he helped the Patriots score their opening nine points in Friday’s 19-17 win over the Panthers. He completed 3 of 9 passes for 76 yards and one touchdown. Stephen Gostkowski missed a 30-yard field goal, but three drives later, converted a 25-yard attempt to give the Patriots a 3-0 lead.

In the second quarter, Brady drove down the field in three plays. He ended the drive with a 33-yard pass to wide receiver Chris Hogan for the first touchdown of the game.

On the other side, the league’s MVP Cam Newton struggled to get any offensive momentum going. He completed 13 of 29 passes for 100 yards, and was intercepted twice. Newton saw extended playing time on Friday, but failed to get any points in the first half.

Carolina finally got on the board midway through the third quarter when Graham Gano made a 29-yard field goal to make the score 9-3. The team scored just three points in 10 drives with Newton leading.

New England completed a 30-yard drive with a 12-yard touchdown pass from Jacoby Brissett to wide receiver DeAndre Carter to make it 16-3. Gostkowski extended the Patriots lead in the fourth quarter with a 30-yard field goal.

Late in the fourth quarter, Carolina quarterback Joe Webb found tight end Marcus Lucas with an 18-yard touchdown. Webb and Lucas connected for another touchdown in the final minute. Webb then found Shuler for the two-point conversion to close the game 19-17 with 0:27 left.

Here are the highlights from the game:

Tom Brady came into the game and connected with Aaron Dobson for a 37-yard catch and run. Brady followed it up with two incompletions, and the Patriots had to settle for a field goal. Stephen Gostkowski’s 25-yard field goal gave the Patriots a 3-0 lead in the first quarter.

Brady threw a 37-yard touchdown strike to wide receiver Chris Hogan to extend the Patriots lead to 9-0. Running back Tyler Gaffney rushed for 24-yards earlier in the drive.

The 2-point conversion pass from Brady to wide receiver Aaron Dobson was thrown too high.

Carolina finally got on the board in the third quarter with a 29-yard field goal by Graham Gano. Panthers had to settle for a field goal after Cam Newton threw incomplete passes on second and third down.

Jacoby Brissett came in relief of Jimmy Garoppolo in the third quarter, and it didn’t take long for him to get things going. Brissett hit D.J. Foster on 11- and 9-yard gains before he found DeAndre Foster for a 12-yard touchdown. Brissett led the Patriots on a five-play scoring drive to take a 16-3 lead.

Brissett was 8 of 8 for 85 yards with a touchdown with 5:25 left in the fourth quarter. He carried the Patriots to a field goal scoring drive to give the Patriots a 19-3 lead.

Webb threw a 14-yard pass to Lucas before finding Shuler for the two-point conversion. The Panthers trailed New England 19-17 with 0:27 left in the game.

Tom Brady is expected to play Friday night according to CSNNE.com’s Tom E. Curran. However, it is not known if Brady or Jimmy Garoppolo will start.

Brady missed the Patriots’ first two preseason games to attend memorial services for a family member in week one and last week, he sliced his thumb before taking the field. Garoppolo was given the nod for both of those games. One of the bigger storylines to watch is how Garoppolo continues to perform. He showed marked improvement in last week’s match-up against Chicago– completing 16 of 21 passes for 181 yards and a touchdown.

Carolina’s first-team produced slow starts in their previous preseason games, which they look to improve in their third week. Third down efficiency is another area head coach Ron Rivera said they’ve been focusing on.

“Third downs on both sides of the ball, offensively and defensively, the first units were not good enough,” Rivera said.