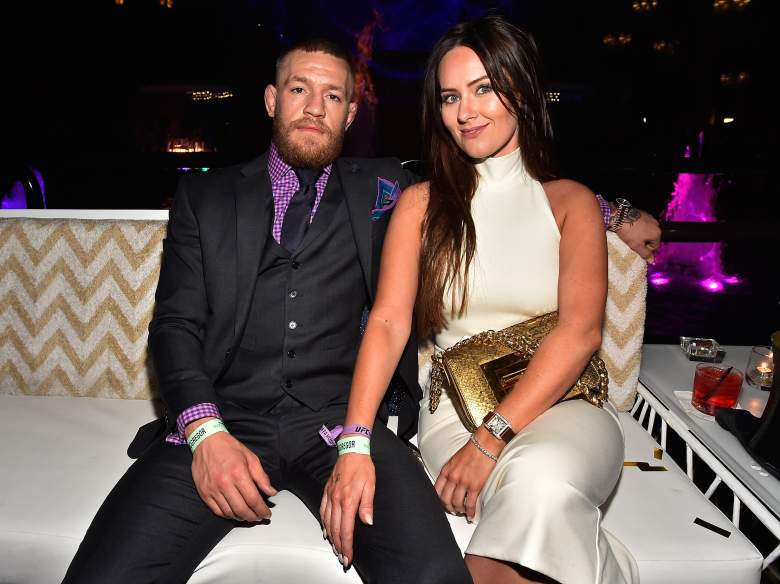 The 29-year-old Irish mixed martial artist’s No.1 fan will be in attendance for the unprecedented megafight— his longtime girlfriend Dee Devlin. McGregor has frequently spoken of Devlin’s steady support throughout the ups and downs of his career.

Here’s everything you need to know about the couple:

1. McGregor Credits Devlin to Much of His Success

After Conor McGregor knocked out UFC featherweight champ Jose Aldo in 13 seconds during their December showdown he spoke about his girlfriend and her unwavering support. McGregor said he wouldn’t be where he is today without her encouragement.

“My girlfriend has been there since the start,” McGregor said, according to the Irish Mirror. “She has helped me throughout this career. If it wasn’t for her, I probably wouldn’t be here today.

“My girlfriend worked very hard throughout the years and stuck by me when I had essentially nothing,” McGregor said. “For me to be able to take her out of work, give her everything she’s ever wanted and to travel the world with, fills me with pride.”

Devlin has said she’s always been confident in the success of McGregor’s MMA career.

2. They’ve Been Together for 8 Years

The couple has been together for eight years with Devlin fully supporting McGregor’s MMA career.

After McGregor’s win against Chad Mendes on July 11, 2015 she posted a tribute to her boyfriend:

To say that I am proud is a MAJOR understatement! I am so on cloud 9 right now I can’t even put it into words! Thank you to every single person who made the trip out to Vegas to support Conor last night! The place was absolutely buzzin! And to all of the fans at home who also had a big part to play in making this event so special. Hours upon hours, years upon years of hard work and complete dedication to his craft accumulated last night. I am so grateful right now it’s overwhelming. We did it babe!! I love you more than anything.

When asked is she ever feels second to McGregor’s rigorous training schedule, Devlin said she “would never consider it like that.”

Devlin told VIP Magazine, “I’ve actually never really thought of it like that – it’s just something that he does. I go to work, he goes to training. His training is more intense and more of an everyday thing, though, whereas I can just shut off from work when I get home. He could be up at 4 a.m., shadow boxing in the bedroom.”

3. They Met at an Irish Nightclub

A native of Walkinstown, Ireland, Devlin knew of McGregor for several years before they first started talking.

Recalling the night they met, McGregor told VIP Magazine, “I asked her to come over and we just started chatting. She seemed like a nice girl, and I like good girls.”

Devlin said her attraction to McGregor was instant.

“He’s very funny – he always keeps me entertained and makes me laugh,” she told VIP Magazine. “He was already training when I met him, so I really admired his dedication to that, too.”

From the start of their relationship, Devlin has understood the dedication required to become a UFC champion.

“She’d drive me to the gym, and she’d listen to all my dreams,” McGregor told VIP Magazine. “Dee is a lifesaver for me.”

According to McGregor, Devlin now works for him and helps to manage his finances.

“She has helped me throughout this career,” he told MMA Fighting in 2015. “She does not work anymore, I hired her to the business…she works for me now and collects the checks.”

McGregor has a net worth estimated at $14 million, according to Celebrity Net Worth.

With three fights over the last 12 months, McGregor’s earnings received a significant bump. The 29-year-old headlined two of the three best-selling UFC fights ever on pay-per-view. Forbes reports that he banked $18 million in the Octagon in the past year.

5. She Admits That She Still Gets Nervous Watching McGregor Fight

Devlin admitted to the Independent that she still gets very nervous on fight nights.

“I find I’m more nervous now – the first time I went to see Conor fight there was 50 people in a room, and I thought ‘There’s no way you can be more nervous than this’ but each time it’s just getting that more and more nerve-wracking,” she told the publication.

“Especially watching someone you care about getting in the ring – it definitely gets me in the gut I have to say.” 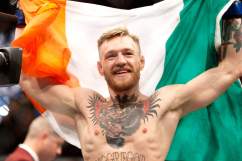 Conor McGregor Net Worth: 5 Fast Facts You Need to Know