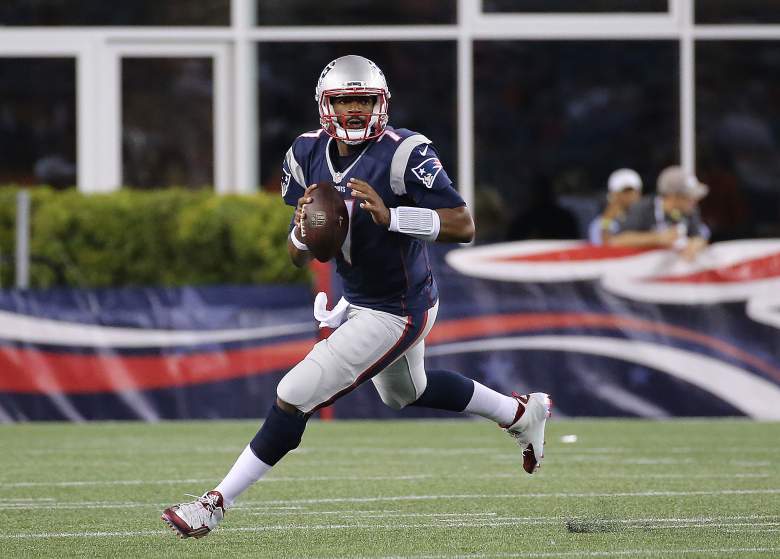 Jacoby Brissett remains on track to serve as Jimmy Garoppolo’s backup out of the gate, given that the team has opted not to add a veteran backup at this point.

Brissett stepped in during the third quarter of last week’s preseason game against the Bears. The 23-year-old quarterback completed 9 of 13 passes for 87 yards.

The Patriots surprised many draft analysts when they selected Brissett as the second of their three third-round picks. However, Brissett may soon become a familiar face for New England fans.

According to the Boston Globe, Bill Belichick has indicated he believes Brissett can handle the job of being the team’s top backup for Weeks 1-4, as Tom Brady serves his suspension.

Belichick reiterated that although the Patriots have talked about adding a fourth quarterback, they’re set at that position for now and preparing to enter the regular season with Brissett as the backup to Jimmy Garoppolo.

There’s still a possibility the team could add another quarterback, but Belichick’s comments are considered to be a vote of confidence in the young quarterback.

1. His Mother Did Not Like His Initial Decision to Play at Florida 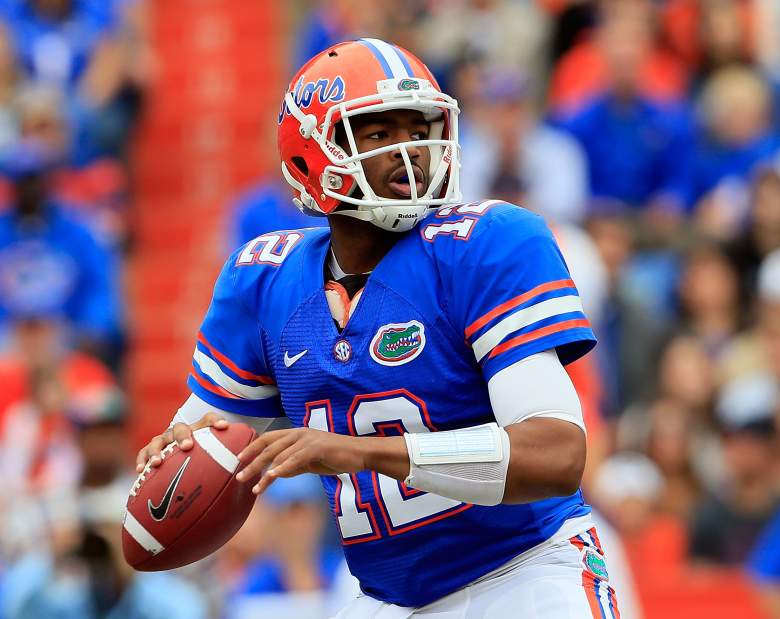 Lisa Brown, told reporters, “not my choice. I didn’t like the way Florida handled the process. I was never able to meet the head coach. All the other coaches took the time to come and meet me. Will (Muschamp) never did. I never met him face to face. And I find that very disrespectful.”

According to MaxPreps, Brown said it was “a hard pill for me to swallow.” She also praised Charlie Weis for how he handled to recruiting process.

“I have to say that Charlie (Weis) is awesome. Through the whole process, he’s been very straightforward and I can handle that. We see eye to eye. He’s on point, just like I am. We didn’t beat around the bush about anything. I trust Charlie, but not Will.”

2. Brissett Said His Mom Means the World to Him

This for you mama!! pic.twitter.com/hAU1Ah8xsT

In front of a large crowd of 1,000 people before Dwyer’s basketball game against Jupiter, Brissett announced his decision to sign with Florida.

“I can’t please everybody,” he told the Palm Beach Post. “I’m hurt that I hurt my mom, as you can see I was crying with her before the game. She means the world to me.”

Brissett said it was tough to go against his mother’s wishes, but felt it was the right choice.

“It came down to UM and Florida. I just had to follow my heart, and my heart lies in Florida,” Brissett told the paper.

In his sophomore year however, he was beaten out by Jeff Driskel for the starting job, which led to his departure. Brissett’s transfer didn’t come as a surprise to many since Florida coach Will Muschamp said in late November that Driskel would be the starter in 2013.

Brissett transferred to North Carolina State University in January 2013. After sitting out the 2013 season due to transfer rules, Brissett took over as the Wolfpack’s starting quarterback for 2014.

3. He Was Raised in a Single-Parent Home

Brissett was raised by single mother, Lisa Brown. Brown was always her son’s biggest fan–which sometimes meant being tough on his coaches.

As noted by MMQB, Brown could be heard cussing out Brissett’s high school head coach Jack Daniels from the stands during Friday night games.

“I didn’t really get to know her until 10th-grade year when she cussed me out for not putting her son in the game,” Daniels told MMQB. “She’s a great lady, and a competitive lady.”

4. She Said Her Son Struggled to Decide Between Basketball and Football 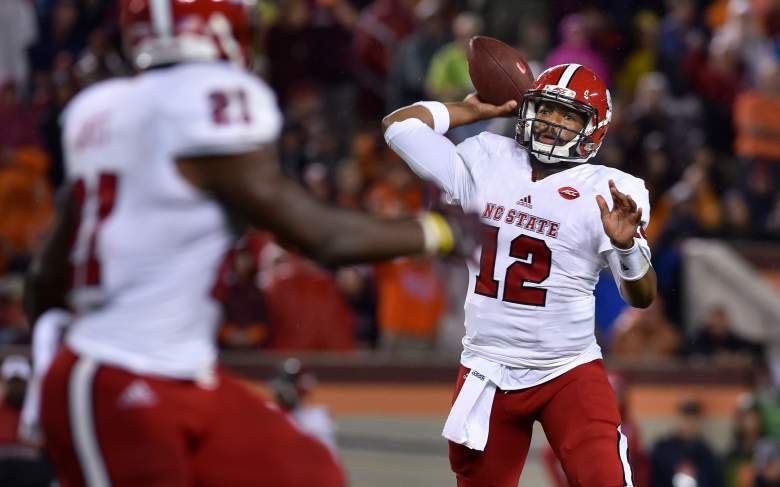 Brissett found success is basketball and football from a young age–making it difficult for him to decide between the two sports.

Brown spoke very highly of her son in the video interview, explaining the type of man the Patriots were bringing to their team.

“They’re getting a a hard worker, a dedicated god-fearing man,” Brown told the Boston Globe. “Someone that has no character flaws, he is who he is and his integrity is everything to him.”

5. Brown Said His Time at Florida Taught Him How to Deal With Adversity 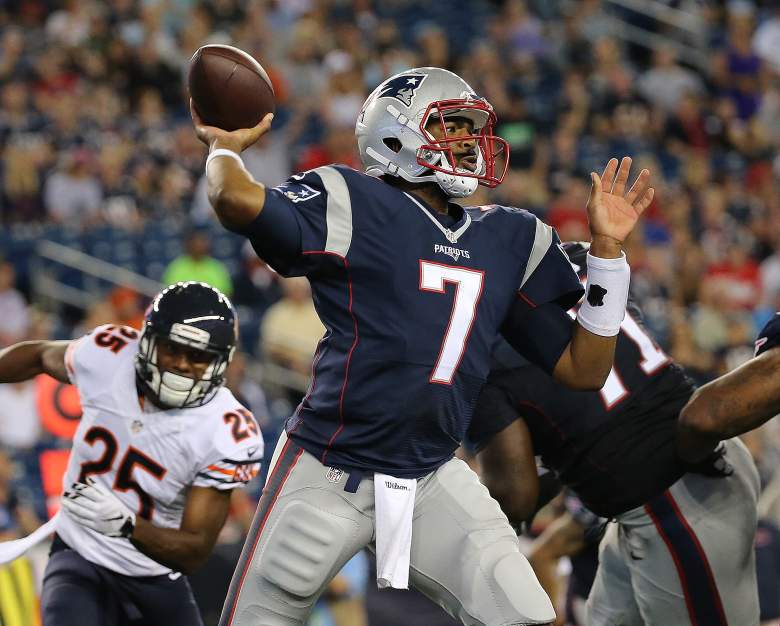 Although Brissett’s time in Gainesville didn’t go as planned, his mother feels it taught him valuable lessons.

“It taught him how to deal with adversity, how to stay focused, how not to feed into negativity. How to be a better person and to stay dedicated to where he’s going,” Brown told the Boston Globe.

She recounted when Charlie Weis called to convince her that Florida was the right choice. At the time, Weis was the Gators’ offensive coordinator and had previously held the same role for the Patriots.

Charlie Weis called and he was like, ‘let me let you speak to the best quarterback in the NFL,’ and I was like ‘Peyton Manning?’ He said, ‘no, Tom Brady.’

Tom Brady was telling me how good of a coach Charlie Weis would be, how good of a quarterback he would train Jacoby to be, and it’s funny now that they’re going to play together, and Jacoby’s going to learn from Tom Brady.