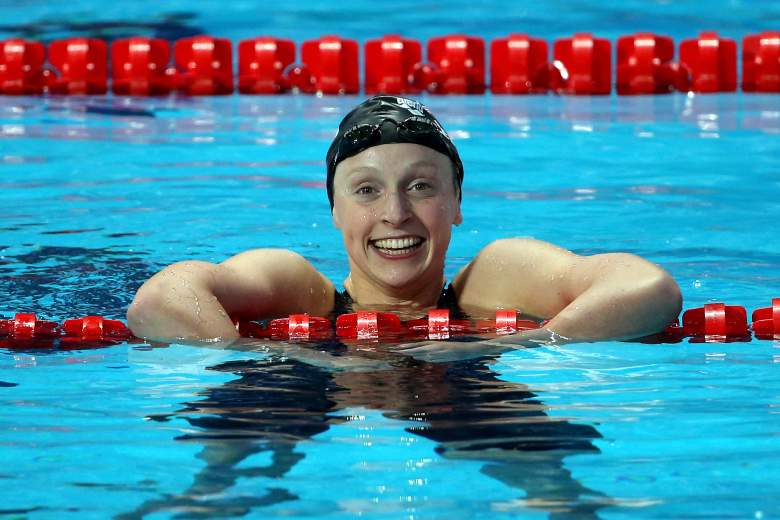 American swimmer Katie Ledecky was six years old, when her mother first signed her up for swimming lessons at the Palisades Swim & Tennis Club. (Getty)

As Katie Ledecky competes in her second Olympics in Rio, her family is cheering her on. The 19-year-old swimmer made her Olympics debut at the 2012 London games, where she broke the American record in the 800-meter freestyle and took home a gold medal.

Throughout Ledecky’s swimming career, her parents have been among her strongest supporters. Here’s what you need to know about her parents and family.

1. Her Mom Was a Collegiate Swimmer

Ledecky was born in 1997 to David and Mary Gen. Mary Gen is a former associate administrator and had a collegiate swimming career. She was a competitive swimmer in her teenage years and throughout college. She even qualified three times for the nationals while she was a student at the University of New Mexico.

“Every set she did in practice, every race Mary Gen swam, she was as tired as anyone could get,” Rick Klatt, Mary Gen’s coach told Sports Illustrated. “Katie’s at a different level, but her mom was that kind of worker. I can remember her heaving for air after races. There was never any lack of effort in any workout or any meet. She was going after it as hard as she could.”

2. Mary Gen’s Swimming Career Was a Result of a Scary Family Incident

11 years of memories at this pool. Can't wait to swim in the new one tomorrow here in Williston. #Hagan @mdledecky pic.twitter.com/X5mlFPQ20V

Mary Gen’s swimming career came about by unusual circumstances. Her family was vacationing in Glacier National Park when her older sister, who was only four years old at the time, fell into the water from a dock and nearly drowned, according to ESPN. The girls’ father, Bud, insisted that all his kids, including Mary Gen, who was one of seven, would learn to swim.

3. Her Father Is an Attorney 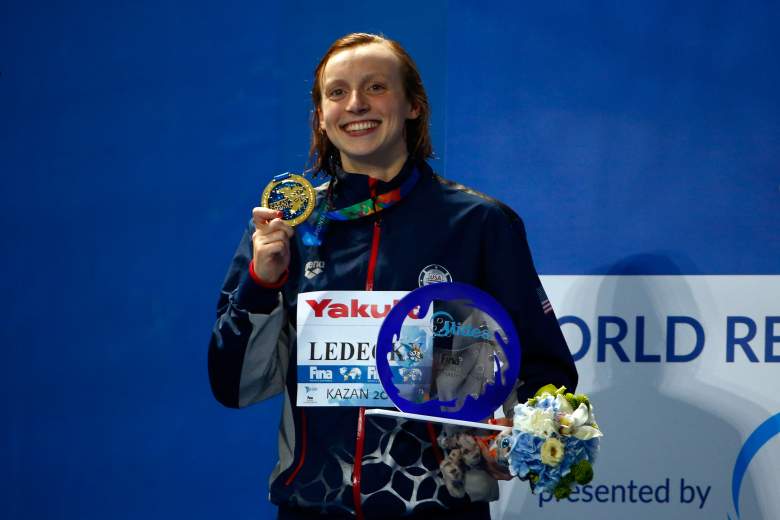 Gold medallist Katie Ledecky poses during the medal ceremony after setting a new world record of 8:07.39 in the Women’s 800m Freestyle Final at the 16th FINA World Championships. (Getty)

Ledecky’s father, David is an attorney who studied at Harvard and Yale. He received his B.A. from Harvard in 1982 and his Juris Doctorate from Yale Law School in 1986. He worked at the law firm of Kirkland & Ellis until 2011, when he took a leave to help coach his daughter.

“She doesn’t think in those terms of being the biggest thing in the sport,” her father told Sports Illustrated. “I don’t get the sense of her feeling any pressure at all.

“I guess even we haven’t wrapped our heads around who she is now,” her father said.

4. Ledecky’s Parents Put Her in Swimming at a Young Age

Ledecky’s parents put her in swimming along with her brother, Michael. He was nine and Katie six when they joined Palisades Swim Club in Maryland, according to Bleacher Report. Michael went on to swim for Harvard.

“A lot of credit has to go to my parents for putting up with that, too—getting up at 4 a.m. almost every single day to take us to practice,” Michael told Bleacher Report. “At this point, they’ve kind of developed a platoon system. They’ve got it down to a science now.”

Ledecky has said her brother inspired her to start swimming.

“I swam with my brother throughout that and always followed him to the pool and wanted to be in the same group as him in everything,” Ledecky told WBUR last year. “I just always enjoyed swimming with him and I think that’s how I really found my love of the sport. I think if I didn’t have my brother swimming with me, I don’t know if I would have loved it as much as I did and still do.”

5. Her Parents Have Said How Much They Admire Their Daughter 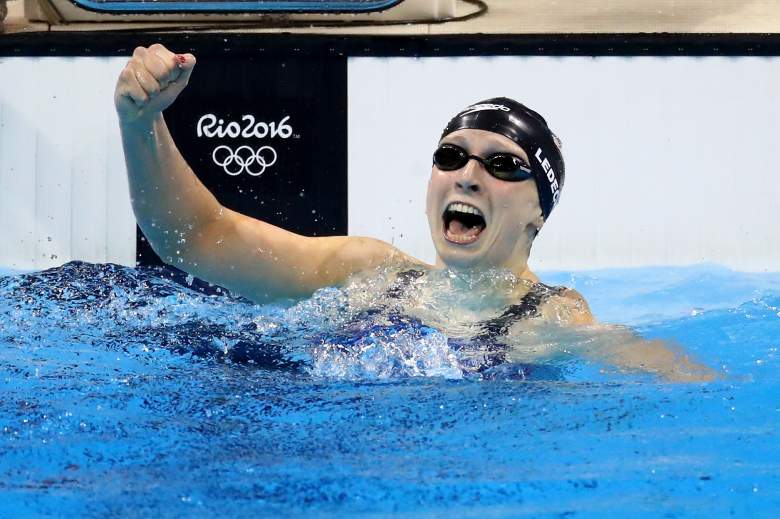 Katie Ledecky of the United States celebrates winning gold and setting a new world record in the Women’s 400m Freestyle Final on Day 2 of the Rio 2016 Olympic Games. (Getty)

Ledecky’s parents have been by their daughter’s side since the very beginning of her swimming career. More than anyone, they have witnessed the countless hours of training Ledecky has devoted to her Olympic preparation.

In several interviews, both of her parents have spoken about the drive and work ethic Ledecky possesses.

“I don’t either,” her father told the publication. “We’re biased, but she’s a great kid.”

Read More
2016 Olympics
Throughout Katie Ledecky's swimming career, her parents have been among her strongest supporters. Here's what you need to know about her parents and family.