Though she’s just 19, Madison Kocian is an accomplished gymnast who is one of five women competing for the US at the Summer Olympics in Rio. Kocian, a Texas native, began gymnastics at a young age, and trained multiple hours a day gearing up for Rio. She’s considered Team USA’s secret weapon on the bars– by far her best event– and hopes to lead the team to another gold medal victory this summer.

Read on to learn more about Kocian.

1.She’s a World Champion on Bars

Kocian is a 2015 world champion on the uneven bars, and a two-time World Championships team member. She began gymnastics at just six-years-old, at World Olympic Gymnastics Academy (WOGA) in Plano, Texas, where Carly Patterson and Nastia Liukin trained. Gearing up for the P&G Championships, Kocian hit the gym 35 hours each week under Cecile Canqueteau-Landi and Laurent Landi. Her first memory of the sport comes from her fifth birthday party at a local gym. According to WNYT, Kocian had a knack for the uneven bars straight away.

Kocian competed as a level 4 in 2004, a level 5 and 2005, and continued straight through until 2009, when she qualified to junior international elite after winning the Texas National Elite Qualifier. In 2010, she finished second in the all-around at the international juniors session.

2. Her Parents Are Her Biggest Fans

In the fall of 2016, Kocian committed to attend UCLA. She and her teammate, Ashton Locklear, are two of the strongest competitors in the nation on the uneven bars. (Instagram/madison_kocian)

Madison’s parents, Thomas and Cindy, are her biggest fans, and the ones responsible for putting her into gymnastics classes when she was younger. In Madison’s own words, “They will do anything to help me succeed and be happy.”

For her mother’s birthday, Madison posted an Instagram with a caption that read, “Happy Birthday Mom! Thank you for cheering me up when I’m down, laughing with me through the good times, & always loving me! I wouldn’t be the person I am today without you! I love you!”

In an interview with NBC’s Olympics Website, Madison said, “My parents, Thomas & Cindy, have been my biggest supporters throughout my gymnastics career. They put me in the sport at a young age, and they made the commitment to take me to the gym every day.”

Madison’s younger brother, Ty, is a 15-year-old baseball player at Jesuit Dallas. Ty makes an effort to go to as many of his sister’s competitions as possible, and was able to travel to Scotland to watch his sister compete at the World Championships last year. The 19-year-old has two dogs– Biscuit and Pete– who she looks forward to seeing each time she comes home.

3. She’s The Only Member of the ‘Fierce Five’ Who Has Maintained NCAA Eligibility

Kocian, who graduated high school in 2015, committed to UCLA for the fall of 2016– she decided to take a gap year to train for the Olympics. Madison’s Twitter profile reads, “19. Elite Gymnast. 3x World Champion. 2016 Olympian. Future UCLA Bruin.” She has not yet stated if her intentions to attend UCLA in the fall have changed. NBC writes, “[Madison’s] committed to attend UCLA in 2016 and has decided to preserve her NCAA eligibility so she can compete in NCAA gymnastics.” To date, the 19-year-old is the only member of the ‘Fierce Five’ who has maintained her eligibly to compete in college; Laurie Hernandez recently turned pro, meaning she would not be able to compete for the Florida Gators.

In 2015, the UCLA Bruins posted a an article about Kocian’s contribution to the World Championship. According to the website, the US has medaled at every Olympics and World Championships since 2000, and, “nine bruins have won 22 medals during that time”, including Kyla Ross, Jordyn Wieber, and Samantha Peszek.

In 2010, at the VISA Championships, Madison placed fifth in the all-around and third on bars, and subsequently qualified for the Junior US National Team for the second time. (Instagram/madison_kocian)

Kocian is a huge baseball fan and supports the Texas Rangers. Her favorite players are Adrian Beltre, Cole Hamels, and Prince FIelder. She told NBC, “…it’s always been my dream to take my Dad on the field and throw out the first pitch.”

Apart from baseball, Kocian enjoys trying out new cooking recipes for dinner– it’s a good way to relax after a long workout. She also finds shopping with her mom to be a nice escape from gymnastics.

5. She Wants to Work With Children One Day

After she graduates college, Madison hopes to work with children. She says, “I would like to work with kids in any way. I love kids!” The sports star has also said that she is religious, and enjoys visiting different churches when she travels to new countries. “Faith is a big part of my life, and I love seeing the unique architecture and decoration.”

The bar specialist recently appeared in Under Armour’s Rule Yourself campaign video, where she was featured on nearly every event. You can check out the video here.
Kocian’s Olympic competition will officially take place on Sunday, August 7th. The team final will occur on Tuesday, August 9. 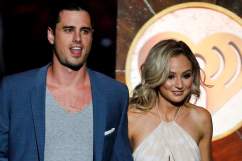 Read More
Gabby Douglas, Rio Olympics 2016
Madison Kocian will be one of the women competing for the US Olympics Gymnastics Team in Rio. Find out her age, height, and read about her background.