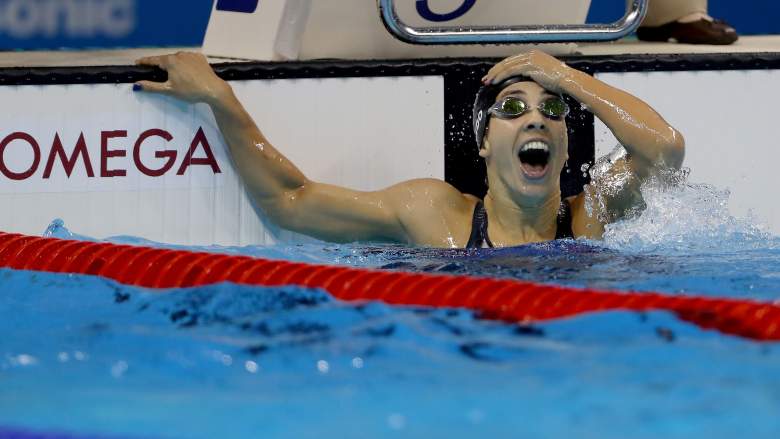 Here’s video of the dramatic finish:

Hosszu, who had already captured three individual gold medals (100m backstroke, 200m IM, 400m IM) in mostly dominant fashion, entered as the clear favorite. She led for most of the race and had a half-second lead over DiRado going into the final 50 meters, but the Stanford graduate turned on the jets down the final stretch, pulled even with Hosszu with about 20 meters left and out-touched her by six one-hundredths of a second.

The 23-year-old, who is retiring after these Olympic Games and already has her next job lined up, picked up a pretty good time to clock one of the fastest times in the world:

It’s an appropriate way to close out the Games for DiRado, who has been defying expectations the entire week. The late bloomer, who only has two World Championships medals to her name, will walk away from Rio with four Olympic medals (gold in the 200m backstroke, gold in the 4x200m freestyle relay, silver in the 400m IM and bronze in the 200m IM), putting her into prestigious company:

American women with 3 individual medals in a single Olympics:

While the United States men have long dominated the 200m back–six consecutive Olympic golds–the women are beginning to catch up. DiRado’s victory makes it two Olympic golds in a row after Missy Franklin set a world record in 2012.