Team Speedo – Nathan Adrian Q&AOlympic gold medalist and world record holder Nathan Adrian opens up and shares his insights about swimming, the importance of having fun, and what losing can teach you. He tells us the story of his journey to Beijing in 2008, his experience at the 2012 London Olympics, and his hopes for Rio in 2016. For…2014-03-31T17:14:50.000Z

26-year-old Nathan Adrian has certainly been a hit in Rio this summer. The 6’6″ Olympian won the gold in the men’s 4x100m relay, along with a team consisting of Michael Phelps, Caeleb Dressler, and Ryan Held, and Friday night, he will be competing in the men’s 50m freestyle. If Adrian’s appearance in ESPN’s 2016 Body Issue wasn’t enough to make people wonder about his dating life, the smile and charm he’s shown in Rio this summer certainly is. So, what’s the story? Is Adrian single? Does he have a girlfriend? 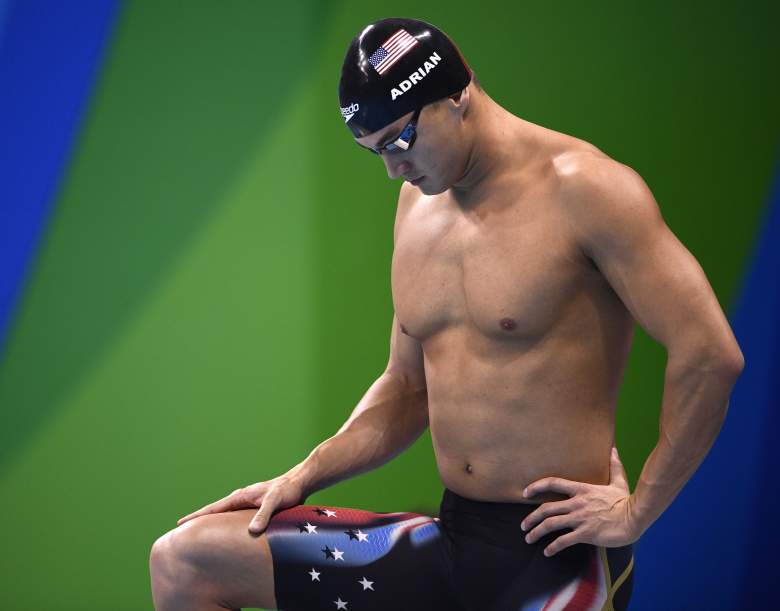 In June 2016, Adrian revealed to Cosmo that he did, in fact, have a girlfriend. When the news outlet asked him if he was worried about having sex in Rio because of Zika, he said, “No, because I have a girlfriend and she isn’t going. I would love to share the experience with her, but if security threats or Zika is as big of a deal as they say, then I’d rather her sacrifice the experience than risk her safety.”

By July, however, the couple had broken up. When asked about the difficulties of dating an Olympic athlete, Adrian told People, “I got to word this correctly… I just came out of a relationship, so…Dating as an Olympic athlete is extremely hard. The levels of empathy have to be high in a partner if you are able to have a relationship.”

Though the breakup was still fresh, Adrian admitted that he’d be “open to a new [relationship] ‘if the right person comes along'”. And when it comes to “that person”, Nathan wouldn’t be opposed to a girl who did the asking out herself. “I’ve certainly had those dreams of someone sweeping me off my feet…”

So just who is the mystery girl Adrian was attached to a couple months ago? According to Bustle, Adrian was dating a girl named Hallie Ivester since mid 2013. Ivester was a swimmer at Stanford University, but “…little is known about her publicly because her social media is mostly private.” Her Facebook shows pictures of her and Nathan in Indonesia in 2014. Adrian has not confirmed whether or not Ivester was, in fact, the serious girlfriend he spoke about in interviews. However, he’s far more focused on another love at the moment: swimming.

Read More
Rio Olympics 2016, Swimming
Who is Nathan Adrian dating? Is the Olympic swimmer single? Does he have a girlfriend? Find out here.