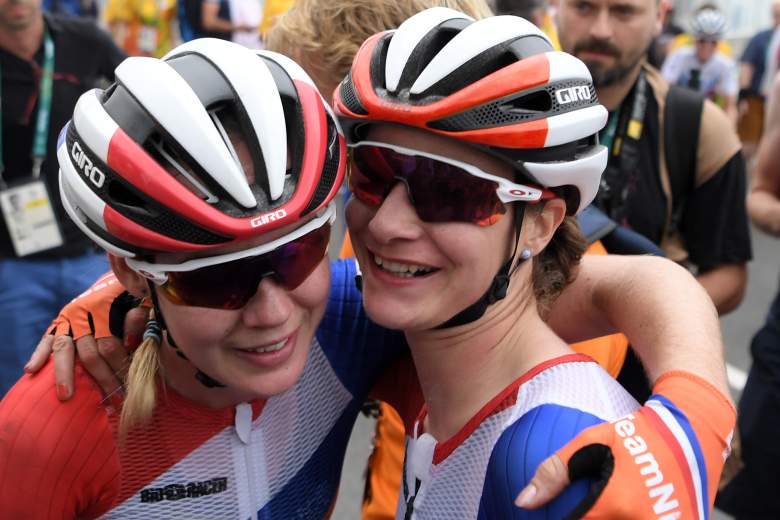 Anna van der Breggen celebrates with Marianne Vos of the Netherlands after winning the Women’s Road Race on Day 2 of the Rio 2016 Olympic Games. (Getty)

The 2016 Olympics’ women’s road race was an aggressive, and tight race. The women rode 141km on a challenging track filled with grueling climbs, and rough cobblestones on Sunday.

Annemiek van Vleuten suffered a severe crash when she lost control of her bike during the latter stages of the Olympic women’s cycling road race on Sunday.

The Dutch rider was leading the race with about 10km to go. However, she crashed head-first, and off the side of the road after skidding on a descent. The crash was captured on live TV on the rigorous Rio road course.

The race came down to the final seconds, with Team USA’s Mara Abbott just missing medal placement. a two-woman event between van Vleuten and Abbott. Emma Johansson of Sweden and Elisa Longo Borghini of Italy secured silver and bronze, respectively.

Here are the medal results from the event:

Read More
2016 Olympics
The 2016 Olympics' women's road race was an aggressive, and tight race. Here are the medal results.