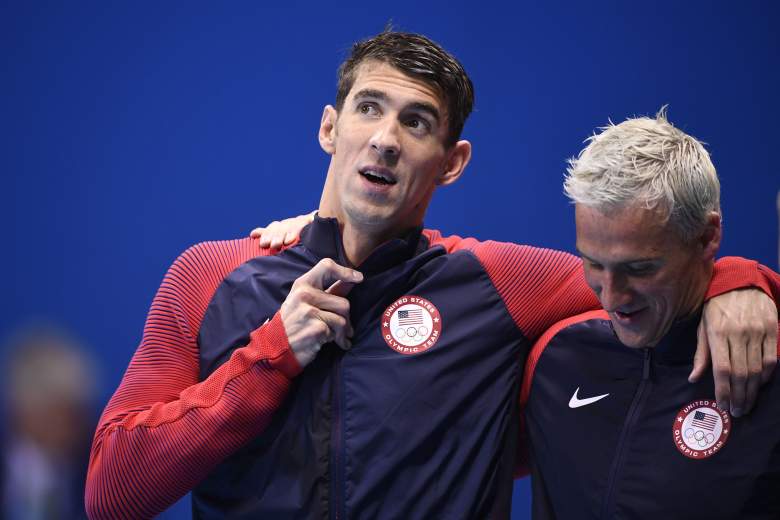 Ryan Lochte and Michael Phelps were racing together in the 4×200 m freestyle, but now they are swimming against each over. (Getty)

Swimming is nearing an end at the Rio Olympics, but there’s still plenty of drama in the pool. Night Six featured four more medal races, highlighted by a Michael Phelps and Ryan Lochte facing off in the Men’s Individual Medley.

Elsewhere, Ryan Murphy raced for a second gold medal in the Men’s 200m Backstroke, and Abbey Weitzeil and Simone Manuel swam against Sarah Sjöström in the Women’s 100m freestyle.

Here’s a look at the four medal races.

Following the Men’s 50m freestyle semifinals, the Women’s 200m Breastroke kicks off at 9:17 p.m. American Lilly King will not get to renew her tense rivalry with Russia’s Yulia Efimova, since King came in 12th after the semifinals. That leaves this race without any American swimmers. Efimova disappointed and was unable to catch Japan’s Rie Kaneto.

Next is Men’s 200m backstroke, which featured Ryan Murphy finding his second gold after winning the 200m backstroke. American Jacob Pebley was also in the final, looking for his first medal. However, he came up short. Murphy’s win means that he has swept the backstroke races and he is the sixth consecutive American to win the event.

The other swimmers in this final were Ryosuke Irie of Japan; China’s Xu Jiayu; Evgeny Rylov of Russia; Mitch Larkin of Australia; Lu Guangyuan of China; and Germany’s Christian Diener.

At 10:01 p.m., Michael Phelps and Ryan Lochte squared off in the Men’s 200m Individual Medley. Phelps and Lochte won gold and silver in London, respectively. Phelps also won the race in 2004 and 2008. However, Lochte didn’t even make it to the podium this time.

The swimmers Phelps and Lochte had to beat to reach the medal stand were Japan’s Hiromasa Fujimori and Kosuke Hagino; Daniel Wallace of Great Britain; Brazil’s Thiago Pereira; Wang Shun of China; and Germany’s Philip Heintz. Lochte came in fifth, with Hagino and Wang coming in ahead of him. Phelps completely blew away the competition, winning by almost two seconds.

Two more Americans jump into the pool for the Women’s 100m freestyle next. Simone Manuel and Abbey Weitzeil both have silver medals for the roles in the Women’s 4x100m freestyle relay, but are hoping to earn individual medals. Their competition is great though, as Australia’s Cate Campbell set an Olympic record during the semifinals with a 52.71 time. Sweden’s Sarah Sjöström is also involved and she can never be counted out.

The other racers were Ranomi Kromowidjojo of The Netherlands; Bronte Campbell of Australia; Canada’s Penny Oleksaiak; and Denmark’s Jeanette Ottesen.

Incredibly, both Campbell sisters faded in the race, but Manuel refused to stop. Amazingly, neither did Olesaiak, who tied with Manuel and both set an Olympic record. 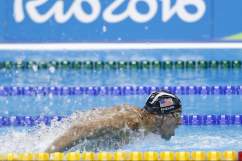