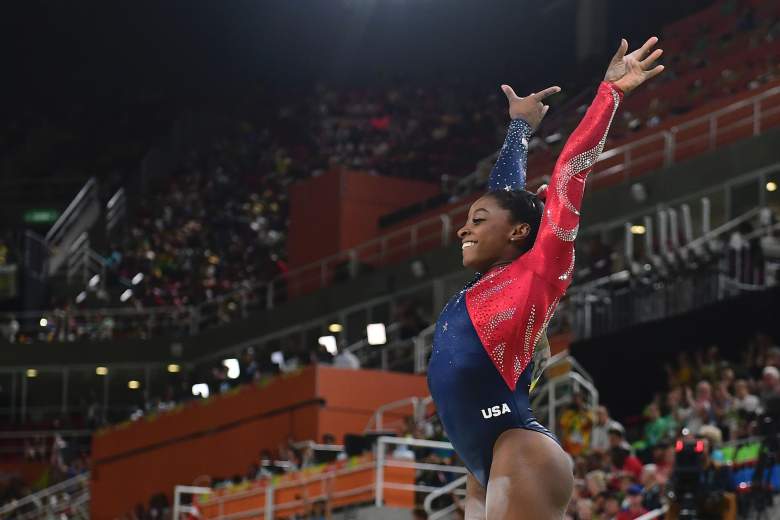 Simone Biles has been the most dominant female gymnast in the world since 2013. (Getty)

Simone Biles had to wait three long years for her shot at Olympic gold. She’s dominated women’s gymnastics on the world stage like no one else has after the London Games. Since 2013, she’s picked up 10 World Championship gold medals, two Pacific Rim Championship golds and won the all-around gold at the 2015 American Cup. The 19-year-old is the first woman ever to win three consecutive all-around world championship titles.

With such a winning personality and incredible skill, she’s attracted endorsement deals from various companies who signed her even before the Olympics.

Here’s a look at Biles’ wealth, which is surely to grow after Rio.

1. Biles Has Racked Up an Estimated $2 Million in Endorsement Deals & Prize Money 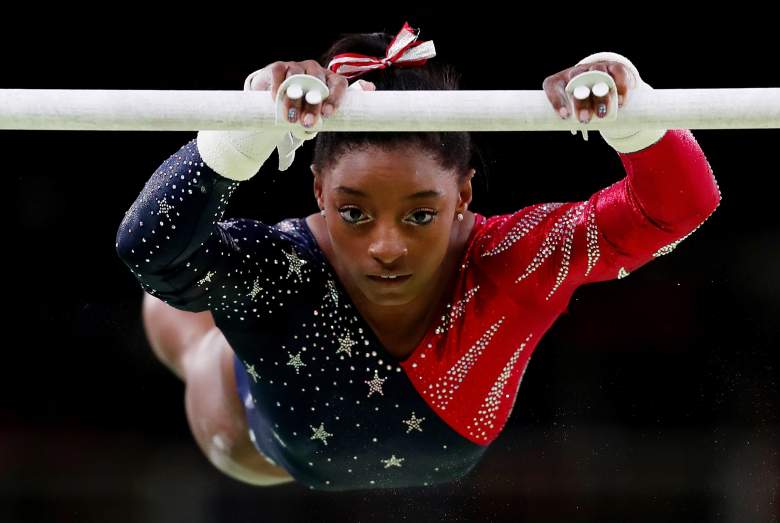 Simone Biles on Day 2 of the Olympics. (Getty)

The best way athletes can turn their Olympic gold into green is by signing as many endorsement deals as they can. Biles has reportedly earned $2 million from her endorsement deals and prize money, notes E! News. That should only grow, as Forbes picked her as the athlete with the top marketing star at the Olympics.

The Houston Chronicle estimates that Biles could soon make $3 million from endorsement deals alone after the Olympics.

Swimmer Michael Phelps is an athlete Biles can look up to, at least when it come to turning athletic success into money. He has an estimated net worth of $55 million, even though he’s only won $1.8 million from swimming medals.

Biles also appears in a commercial for P&G’s Tide Pods, which highlights her strength, despite only standing 4’9″.

She is hardly the only athlete with a P&G deal, as Cincinnati.com notes. Japan’s Kei Nishikori and Great Britain’s Jessica Ennis-Hill both star in “Thank You Mom” commercials that air in their home countries. 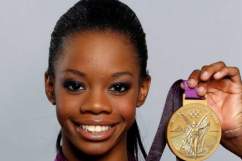 3. Biles Chose to Be on Boxes of Special K Red Berries Over Wheaties 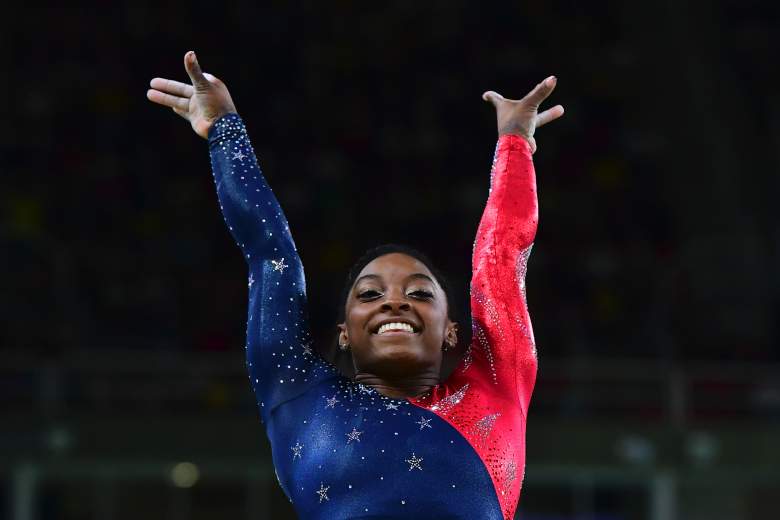 Simone Biles on Day 2 of the Olympics. (Getty)

While most athletes try to get on a box of General Mills’ Wheaties, Biles went with a different brand. You can get a box of Kellogg’s Special K Red Berries with Biles’ picture on it.

Biles, who lives in the Houston area, also told Us Weekly that she always carries a to-go cup of Special K Red Berries in her duffel bag. 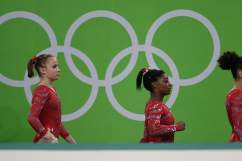 Gymnastics at 2016 Rio Olympics: How the Judging and Scoring Works

4. You Can Get Your Own Simone Biles Gymnastics Equipment for a Home Gym 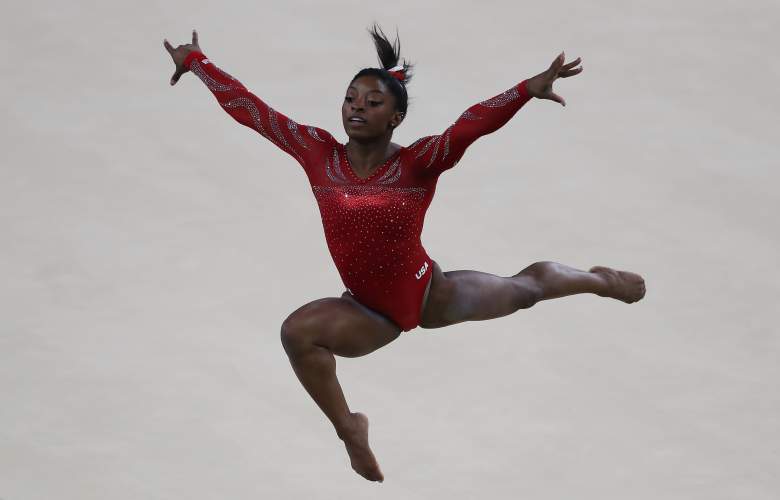 Simone Biles practices before the start of the Olympics. (Getty)

Like the baseball players who make money by having their signatures printed on mitts and bats, Biles is cashing on a signature line of gymnastics equipment. GMR, Inc. sells tumbling mats, training mats and folding inclines with Biles’ signature on it, all made by Spieth America. You can even get a swing bar or low training balance beams with the Biles brand name.

Spieth America announced the line in April. Each piece of equipment is designed to be just like Biles’ equipment at her World Champions Centre gym in Spring, Texas. 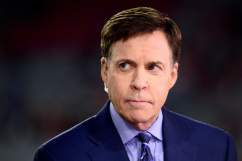 Bob Costas & the Olympics: 5 Fast Facts You Need to Know

The deals with P&G and Kellogg’s are just the beginning. Biles stars in Hershey’s “Hello from Home” commercial and endorses the Core Power sports drinks. You can spot her and other members of Team USA in the latest United Airlines commercials.

In November 2015, she signed a deal with Nike. You can also buy your own Simone Biles leotards from GK Elite Gymnastics. Aly Raisman and Gabby Douglas also wear GK leotards.