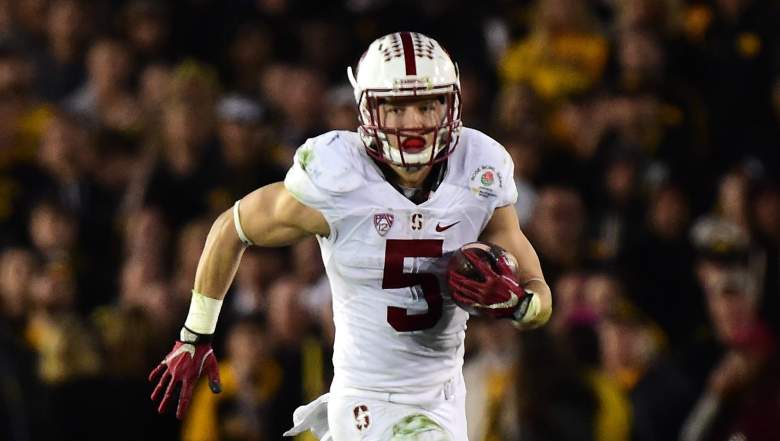 Hopes have never been higher for the Stanford football team.

Led by Heisman Trophy runner-up Christian McCaffrey the Cardinal is coming off a 12-2 season, which included a Pac-12 Championship and a blowout Rose Bowl win over Iowa. And for the first time in the history of the conference preseason poll, the school has been picked to win the Pac-12.

Stanford (No. 8 AP/No. 7 Coaches Poll) opens the season Friday night at home against Bill Snyder’s Kansas State Wildcats. The game kicks off at 9 p.m. Eastern and will be televised by FOX Sports 1. It is the first-ever meeting between the programs.

McCaffrey, the junior running back, racked up an NCAA-record 3,864 all-purpose yards, which included 2,019 rushing yards. Last year’s starting quarterback Kevin Hogan has gone to the NFL, so head coach David Shaw turns to senior Ryan Burns, a highly-touted recruit out of high school who has only attempted one pass in three seasons.

Kansas State (6-7 in 2015) was led by running back Charles Jones, who rushed for 696 yards. The Wildcats bring a lot of depth into their opener, but also inexperience.

Keep reading to see all the important game details, including betting information and prediction:

It’s no secret Stanford will employ a heavy dose of Heisman hopeful McCaffrey. And while Kansas State returns 9 starters on defense, the Wildcats will be hard-pressed to contain the junior, who led the Cardinal in both rushing and receiving in 2015. So, can the K-State offense keep up and go punch-for-punch against a stout Stanford D? In a word, no. Jones could find a couple of running lanes, but Bill Snyder’s bunch is still unsettled at quarterback and is lacking experience at the wide receiver and offensive line positions. Not exactly a recipe for success. The Cardinal shouldn’t have a problem covering the spread in this one as they win in a rout to get the season off on the right foot.