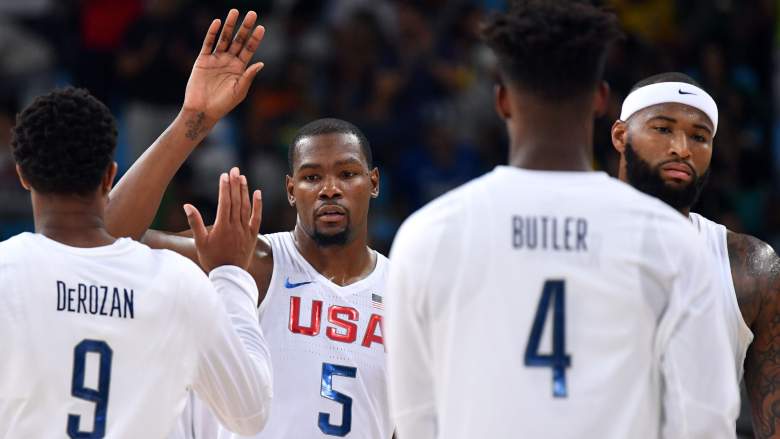 The USA men’s basketball team continues its quest for Olympic gold with a quarterfinal matchup against Argentina on Wednesday night in Rio.

The Red, White and Blue made it through the preliminary round undefeated, but it was hardly in the dominant fashion they’ve become accustomed to. After struggling with Australia, USA’s last two wins against Serbia and France came by three points each.

Now in the knockout round, there’s no more room for error. Fortunately, by winning Group A, Mike Krzyzewski’s squad gets a quarterfinal matchup it should have little trouble with against Argentina, who went 3-2 during the prelims.

The Argentines have four players who do most of the scoring: NBA veterans Manu Ginobili and Luis Scola, former NBA role player Andres Nocioni and rising star point guard Facundo Campazzo, who has thoroughly impressed during these Games:

Who says Argentina doesn’t have any young talent? 25-year-old Facundo Campazzo has taken over in double overtime.

Put the brakes on NBA love for Argentina's Facundo Campazzo. Real Madrid renewed deal until '18 but being farmed out again to UCAM Murcia.

And don’t be surprised if someone like DeMarcus Cousins makes it six in a row. As Argentina doesn’t have anyone over 6-foot-8 who plays more than 12 minutes per game, Cousins and DeAndre Jordan will get to do much of their work against Scola and Nocioni.