Valerie Adams, who is seeking her third consecutive Olympic gold medal in the shot put, knows as well as anyone the importance of family. 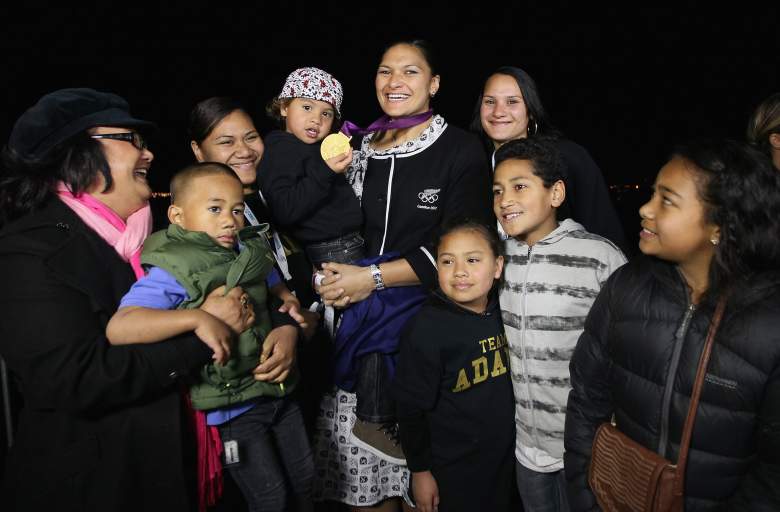 Adams’ father, Sid, was an Englishman who, after serving in the Navy, moved to New Zealand, where he had 18 children with five different women.

2. Her Mother Died When She Was Young

Happy Heavenly Birthday to my precious Mum. Love and Miss you so much. Always and forever my Queen??❤️? #FamiliesAreForever #my?

Valerie wasn’t close to her father, and her Tongan mother, Lilika, died when Valerie was just 15 years, leaving her in need of a parental figure.

I was reliant on Kirsten when Mum died. I had no parent figure and Kirsten filled that role, and her mother did, too. I had no one really, and they were there for me. That was the great part, the best part, of the relationship. Training together and living together worked when I was younger.

3. Her Youngest Sibling Plays for the Oklahoma City Thunder

Not surprising considering the size of the family, Valerie isn’t the only professional athlete from the Adams bunch.

Her youngest sibling is Steven Adams, who spent a year at the University of Pittsburgh before being drafted No. 12 overall by the NBA’s Oklahoma City Thunder in 2013.

A physical presence in the paint for OKC, Adams averaged 8.0 points, 6.7 rebounds and 1.1 blocks in 25.2 minutes per game during the 2015-16 regular season. He then enjoyed somewhat of a breakout postseason, putting up a near double-double per game–10.1 points and 9.5 rebounds–for the Thunder.

Steven drew some criticism for a controversial comment during the 2016 Western Conference finals, and Valerie made it clear she would keep younger bro in check if she had to.

“I know he didn’t mean it. He apologized profusely after it. He’s done exceptionally well but I’ll still knock his two front teeth out. I’m his big sister.”

4. She’s Married to Her 2nd Husband

3 months ago we sealed the deal in the house of the lord, and a couple days later we were straight back to Switzerland and into camp.. Its not the easiest life to handle but your a champ in my eyes. Thank you for standing by my side Gabe, for having the patience of an angel and taking this journey with me to Rio. Honeymoon will follow when the season is over… I promise ? but for now I look forward to more training sessions and aching bodies as we continue our #RoadToRio❤️?????? ??love You xxxx #EternalLove #HeMyEC #Grateful #Blessed #TravellingPrices #herestoeternity

Adams, 31, married French discus thrower Bertrand Vili in 2004 but they divorced six year later. In her book, Valerie wrote that in 2006 Vili got into serious car crash after he had been drinking and that it was symptomatic of the “massive problems that would eventually break our marriage apart.”

She remarried childhood friend Gabriel Price in April 2016 after two years of dating.

5. Two of Her Brothers Played Professional Basketball in New Zealand

Blazing the path for Steven, Ralph and Warren Adams both played in New Zealand’s national league. When they played, it was more difficult to get to the United States, but many considered them NBA material.

That includes Jamie Dixon, who played with and against the Adams brothers in New Zealand and would eventually coach Steven at Pittsburgh.