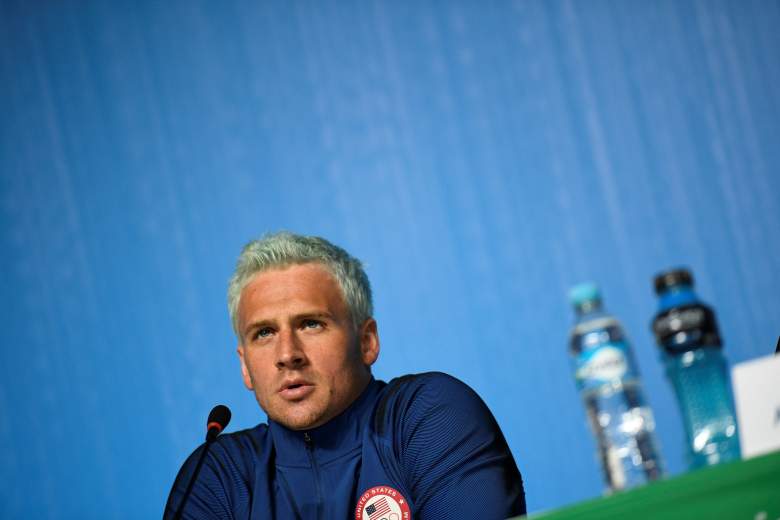 Ryan Lochte was reportedly robbed after a party in Rio on August 13, following the conclusion of the Olympics swimming competition. There were conflicting reports about whether it happened or not and now Brazilian police say that the story was just a fabrication.

His mother, Ileana Lochte, was quoted as saying that her son told her his wallet was stolen. At first, the International Olympic Committee said it wasn’t true, but the U.S. Olympic Committee confirmed that Lochte was robbed at gunpoint. Lochte himself also confirmed the story in an NBC News interview.

Here’s what we know so far. Check back for updates.

Reports of the alleged robbery first surfaced from Fox Sports Australia, which reported that Lochte went to a party after being invited by swimmer Thiago Pereia. The site reported that three other American swimmers were with him and they were now safe at Team USA headquarters.

Lochte’s mother told Fox Sports Australia that she was on her way to meet him at his hotel. Lochte told his mother about the robbery, calling it “terrifying.” Ileana Lochte said Lochte told her that the people were carrying guns and knives.

Ileana Lochte also told USA Today that the robbery happened at a gas station Lochte’s cab driver stopped at. “I’ll be OK when I see him,” she said, adding that Lochte texted her.

Lochte invited by Brazilian swimmer Thiago Pereira, and is now safe at @USASwimming base. @FOXSportsNews told 3 teammates were with him.

Lochte called his mother Ileana immediately afterwards. She told @FOXSportsNews it was "terrifying" and has just left her hotel to meet him.

For those asking…
All I can tell you is what Ryan's mother told me. And others, it would seem. I believe her 100% https://t.co/y5RxakZtVF

Thiago Pereira and his wife Gabriela Pauletti were in Club France, the French house in Brazil, and they were celebrating the birthday of a friend in common… Lochte was also in the same place, commemorating the same birthday. Ryan and Thiago are friends. Thiago and his wife left earlier, they left alone, the two of them. Thiago and his wife went back to their hotel. Then Thiago, on finding out what happened, called Ryan. Ryan is well, and Thiago said that the robbery, according to Ryan, was in the taxi. The taxi was robbed.

The IOC Denied That The Robbery Happened, but the USOC Confirmed the Robbery

A spokesman for the IOC first told The Associated Press that the robbery didn’t happen, calling reports “absolutely not true,” even as they investigate the situation.

The Daily Telegraph also reported that the IOC spoke with Lochte himself and he denied it happened.

More from Adams on Lochte. Said his info came from USOC: “They said they’d spoken to Lochte, who said it wasn’t true.”

However, the USOC issued a statement, saying that Lochte was robbed, as well as U.S. swimmers Gunnar Bentz, Jack Conger and Jimmy Feigen.

USOC statement confirming Ryan Lochte and 3 others were robbed pic.twitter.com/fwrloczPZS

Lochte Said the Robbers Pretended to be Police Officers

In the above interview with NBC News, Lochte said the criminals pretended to be police officers. The Olympian said that their taxi was pulled over by the criminals, who even carried a fake badge.

They then asked the swimmers to get out of the car and get on the ground. The other three did, but Lochte said he didn’t want to at first. Then, one of the robbers put a gun to Lochte’s head, so he then told the robber to take what he wanted.

We are all safe. Thank you for your love and support.

Although Lochte has since left Brazil, the other three swimmers involved in the alleged incident still haven’t been able to leave Brazil. As The Washington Post reported, Conger and Bentz were removed from their flight out of Rio and detained for questioning. Feigen was also questioned by police. The USOC confirmed in a statement on August 18 that Conger and Bentz haven’t been allowed out of the country.

Jack Conger and Gunnar Bentz were detained Wednesday night shortly before their flight was scheduled to depart from Rio. They were released by local authorities with the understanding that they would continue their discussions about the incident on Thursday. James Feigen is also communicating with local authorities and intends to make further statements regarding the incident on Thursday as well.

Dan Linden of ABC News reports that, according to Brazilian police sources, there is video of one swimming knocking down the door at the gas station. He is then seen fighting with a security guard.

Brazilian police told The New York Times that, after interviews with two the swimmers and seeing the video tape, they determined that Lochte’s story was not true. Officials believe they tried to cover up the damage they did to the gas station’s bathroom door with the story.

Although Lochte’s story was not true, there were cases of real crime during the Olympics in Rio. As CNN notes, two boxers were accused of rape. Rio police said Namibia’s Jonas Junias Jonas was accused of grabbing a housekeeper at his room. Hassan Saada of Morocco was accused of attempted rape of two maids.

Tiago Rodrigues Brandão, Portugal’s minister of education, and his spokeswoman were robbed by two men with knives on August 6.

The 32-year-old Lochte is a 12-time Olympic medalist. He won his only medal in Rio as a member of the men’s 4×200 m freestyle team.