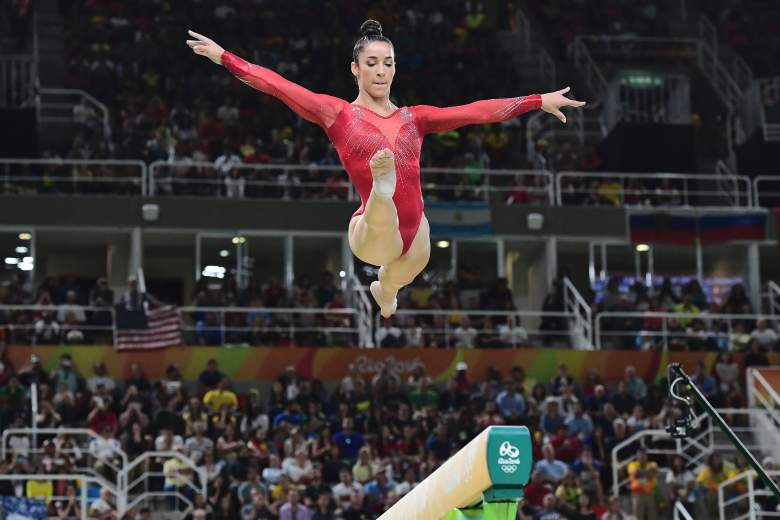 Aly Raisman showed her will to win a medal when she attacked her balance beam routine in Thursday’s all-around final. You can click here to watch the routine on YouTube.

After the first two events–vault and uneven bars– Raisman was in fourth. However, she finished strong with a clean performance on the beam and a powerful floor routine.

Raisman earned a score of 14.866 on the beam in the all-around final, placing her in bronze position entering the final event.

The beam performance wasn’t so strong for her competition, Aliya Mustafina or Seda Tutkhalian, who scored 13.866 and 13.800, respectively.

“It’s very nerve-wracking doing beam and bars in the finals at the Olympics. One little thing and you’re off,” Raisman told NPR. “When you finally hit the routine and you just know no matter what you’ve did everything you possibly could, it’s just a great feeling.”

The 1-2 finish came only days after the pair won a second consecutive gold medal for the U.S. women’s gymnastics team. It marks only the second time that two U.S. gymnasts have won gold and silver in an Olympic all-around– coming after Nastia Liukin and Shawn Johnson at the 2008 Beijing Olympics.

Read More
Aly Raisman, Gymnastics, Rio Olympics 2016
Aly Raisman showed her will to win a medal when she attacked her balance beam routine in Thursday's all-around final. Watch the video of her routine here.