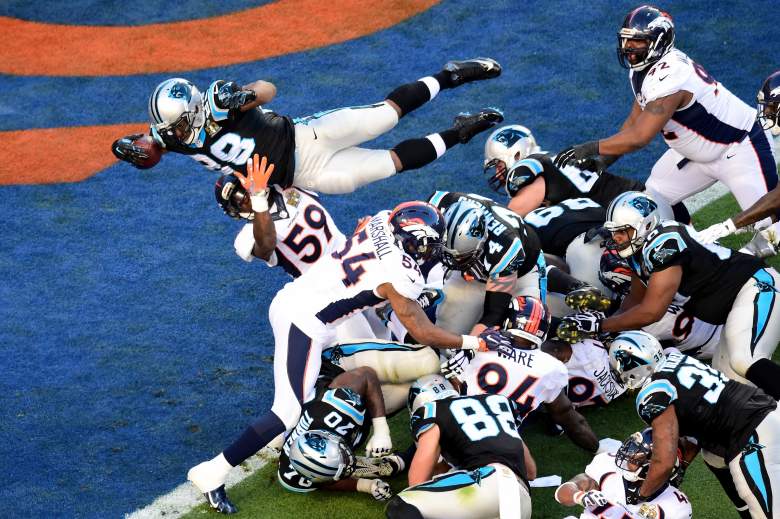 The Carolina Panthers faced the Denver Broncos in what was dubbed a re-match of Super Bowl 50.

Once again, it was the Broncos that came out on top. Denver overcame a 10-point halftime deficit to beat the Panthers 21-20 as they opened the 2016 season.

Panthers quarterback Cam Newton exposed Denver’s defense in the first half. Newton ran and threw for a touchdown for the 32nd time in his career, passing the touchdown record held by Hall of Famer Steve Young. In the first half, he completed 11 of 17 attempts for 111 yards and added 36 on the ground. However, things seemed to turn when the reigning MVP was intercepted by Chris Harris in the second half, which helped drive Denver’s comeback. Newton finished the night throwing for 194 yards and one touchdown, and rushing for 54 yards and a touchdown.

Newton attempted to lead a game-winning drive late in the fourth quarter as he set up a 50-yard field goal for Graham Gano. Gano missed the field goal with nine seconds left.

Broncos quarterback Trevor Siemian was steady in his first career start. Siemian showed his resiliency as he recovered from two interceptions. He completed 18 of 26 passes for 178 yards, and one touchdown. While the young quarterback made his share of mistakes, his demeanor and composure looks promising for Denver.

Here’s a look at how the game unfolded:

The @Panthers take the 7-0 lead over the @Broncos off a strike from @CameronNewton to @kelvinbenjamin #KeepPounding pic.twitter.com/UOSTn3XdDV

Newton connected with Panthers wide receiver Kelvin Benjamin for the first touchdown of the 2016 season. Benjamin missed the entire 2015 season with a torn ACL. Benjamin has caught two passes for 31 yards, including the 14-yard TD.

Siemian threw to Sanders for a 15-yard gain. Siemian scrambled for 8 yards.On 2nd & 2, Anderson picked up a yard. On the next play, Broncos fullback Andy Janovich ran for 28 yards to even the score 7-7 with 12:16 left in the second quarter. It was Janovich’s first career carry.

First Rushing TD on the season for Cam Newton. https://t.co/pasgZqp5CI

Cam Newton ran for a 2-yard touchdown to cap an 18 play, 89-yard drive, which gave the Panthers a 14-7 lead over the Broncos with 3:01 left in the 2nd quarter. According to ESPN, that touchdown run gave Cam Newton more rushing touchdowns than any quarterback in NFL history. It marked Newton’s 32nd career game with a touchdown pass and a rushing touchdown.

Gano drilled the 44-yard field goal to give the Panthers a 17-7 lead entering halftime.

C.J. Anderson caught a 25-yard pass from Trevor Siemian to cut the Panthers lead to 17-14 early on in the fourth quarter. At the end of that scoring drive Siemian was 17-of-22 for 172 yards.

C.J. Anderson Made a 1-Yard Rush to Give Broncos the Lead

When you score that go-ahead TD… ?#Kickoff2016 #Broncos pic.twitter.com/dqYqwp567l

Gano nailed a 36-yard field goal to make the game 21-20. A drive late in the fourth quarter set up a potential game-winning field goal, however Gano missed the 50-yarder with nine seconds left in the game.

As the teams kick-off a new NFL season, much has changed. The biggest difference is that future Hall of Famer Peyton Manning, who retired in the offseason, will not be taking the field. But the Broncos also lost Manning’s backup Brock Osweiler in free agency and cut Mark Sanchez, who was acquired to be the starting quarterback.

Denver will start Trevor Siemian at quarterback, a 2015 seventh-round pick who has only taken one career NFL snap.

The Broncos lost Malik Jackson and Danny Trevathan on defense, and also have a revamped offensive line.

Carolina starts the 2016 season with more continuity. The Panthers cut ties with All-Pro cornerback Josh Norman, but otherwise retained the bulk of players that led them to a dominant 15-1 record last season.

In the Super Bowl, however, Carolina struggled against the Denver rush, and was especially hampered by linebacker Von Miller, the Super Bowl MVP. Newton was sacked six times, and finished 18 of 41 for 265 yards with no touchdowns and one interception.

Working in Newton’s favor tonight is that No. 1 receiver Kelvin Benjamin returns from an ACL tear. After missing all of last season, the 6’5″ wideout will make his return. Benjamin caught 73 passes for 1,008 yards and nine touchdowns as a rookie in 2014.