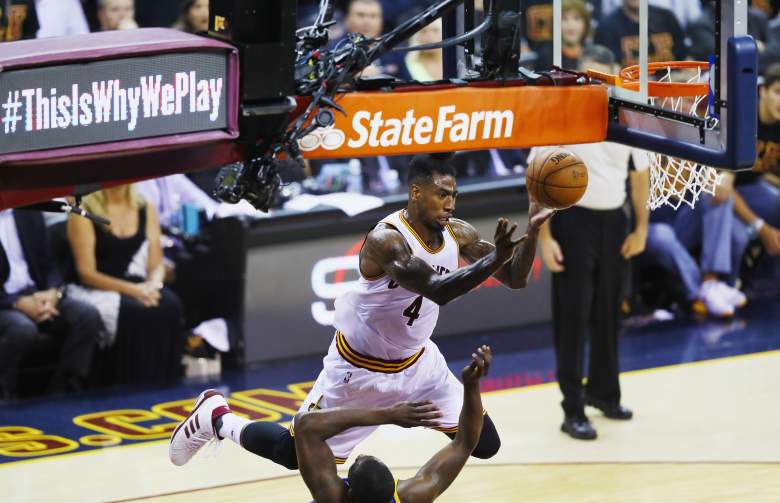 No court date has been set for Shumpert, who has a home in the Atlanta area (Getty)

Friday morning it was reported that Cleveland Cavaliers guard Iman Shumpert was arrested on suspicion of driving under the influence following a traffic stop August 10. Shumpert was arrested in Fayette County, Georgia, and in addition to the DUI charge he also faces charges of possession of marijuana (less than one ounce) and failure to maintain driving lane. Here’s what you need to know about Shumpert’s legal situation.

1. The arrest occurred following a traffic stop for a lane violation

Shumpert was pulled over by Fayette County Police for a lane violation just before midnight August 10 according to the police report. After pulling Shumpert over the sheriff’s deputy noticed a strong smell of marijuana, and Shumpert had bloodshot eyes per the police report.

Shumpert underwent field sobriety tests, which he failed, resulting in the officer asking if he wanted to undergo a blood test.

2. Shumpert originally agreed to take the blood test, only to change his mind 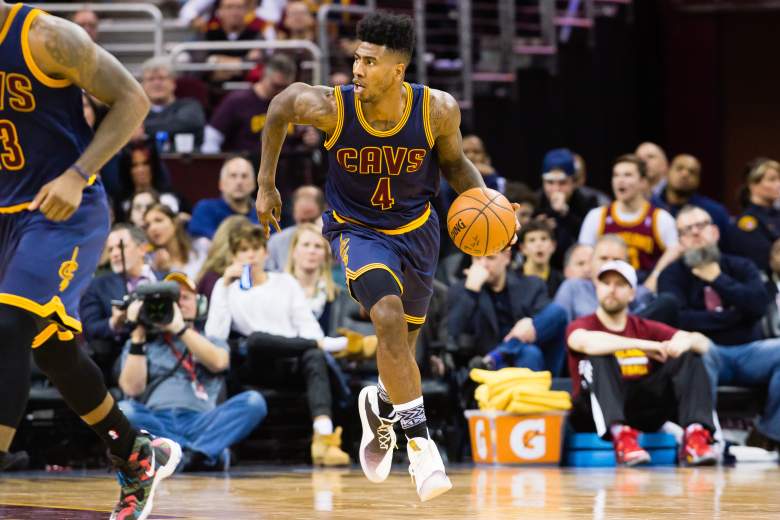 Shumpert was pulled over for a lane violation August 10 (Getty)

Per the report Shumpert was at first willing to take the blood test, but changed his mind due to the fact that he did not want to go to an area hospital to do so. Shumpert felt that his stature as a professional athlete would cause a scene at the hospital, and despite the officer stating that Shumpert would not have to pay for such a test he held firm on his refusal.

“He advised that he did not want to because people would recognize him and it would cause a scene. He maintained that he was now going to refuse the test.”

3. Police found a jar of marijuana and cigars in the car 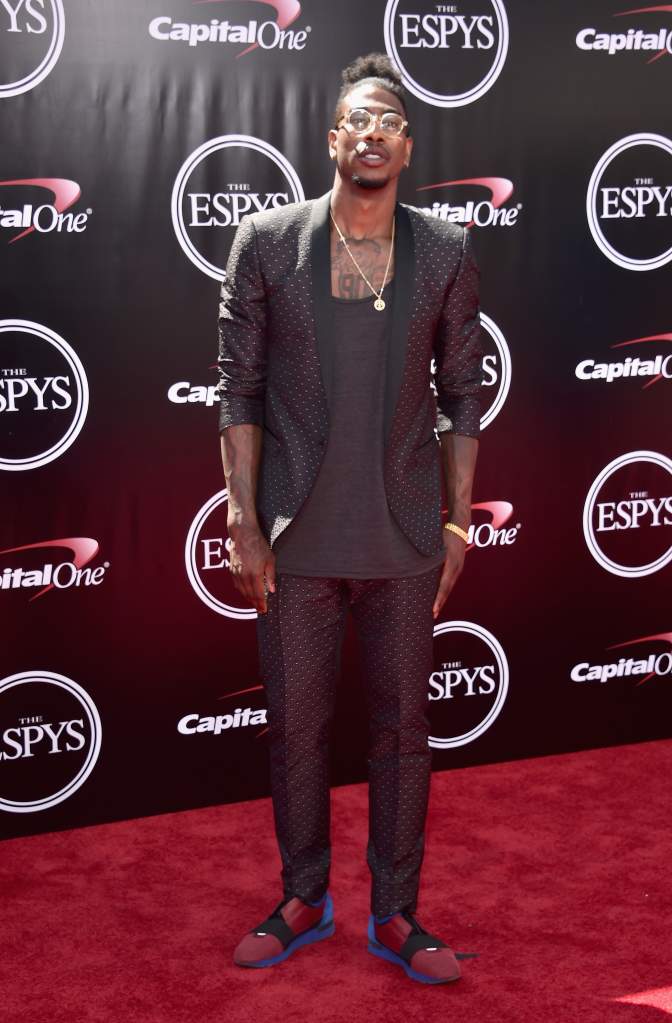 Shumpert was charged with driving under the influence, possession of marijuana (less than one ounce) and failure to maintain driving lane per the police report, with a second sheriff’s deputy finding a jar of marijuana and bags of cigars in the trunk of the vehicle upon inspection.

“There was no other contraband located in the bag or the vehicle. However, in the bag, D/S Marrero did locate two more unopened bags of the same brand of cigars Mr. Shumpert showed me when I first made contact with him.”

No court date has been set for Shumpert’s case, and the Cavaliers issued the following statement Friday morning regarding the pending legal matter:

“Cavaliers guard Iman Shumpert was arrested by Fayette County (GA) Police outside Atlanta for suspicion of DUI following an August 10th traffic stop for a lane violation. The Cavaliers have discussed the situation with Iman and will monitor the progression of the pending case. A court date has not been set at this point, and neither Iman or the team will have any additional comments while the matter progresses through the legal process.” 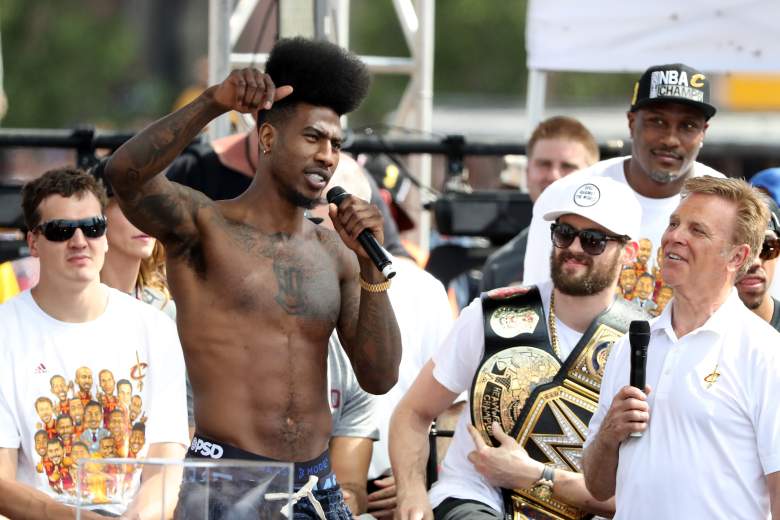 Shumpert, seen here at the Cavs’ championship parade, was traded to Cleveland during the 2014-15 season (Getty)

After being named a McDonald’s All-American as a high school senior in 2008, the Chicago native moved on to Georgia Tech where he played three seasons. As a junior Shumpert averaged 17.3 points, 5.9 rebounds, 3.5 assists and 2.7 steals per contest, earning second team All-ACC and ACC All-Defensive Team honors. At the time Shumpert was just the seventh player in conference history to lead his team in points, rebounds and assists in a single season.

Shumpert was drafted 17th overall by the New York Knicks in the 2011 NBA Draft. He played his first three-plus seasons in the NBA with the Knicks before being traded to Cleveland during the 2014-15 season. 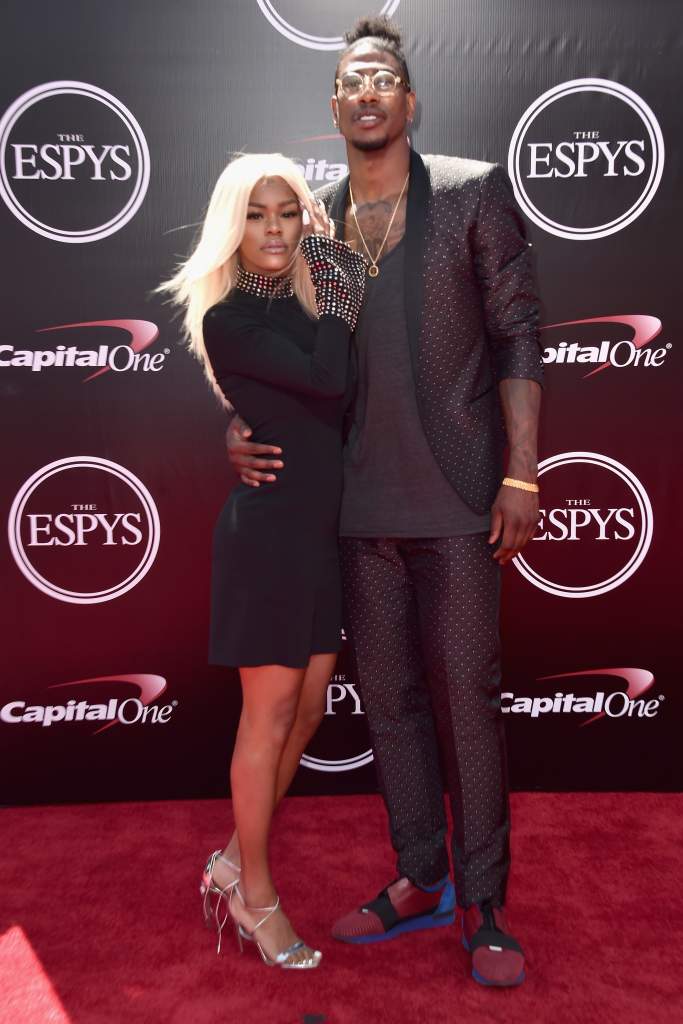 The couple, who have a home just outside of Atlanta, had their first child in mid-December as Iman Tayla Shumpert Jr. was born. The birth took place at their home in Ohio, with Shumpert having to go into action as a result. During the 911 call Shumpert was talked through the process by the dispatcher, and he used the cord on his headphones to tie off the child’s umbilical cord until paramedics arrived.

On social media following his daughter’s birth, Shumpert referred to the delivery as the “best assist I’ve ever recorded in my life.”