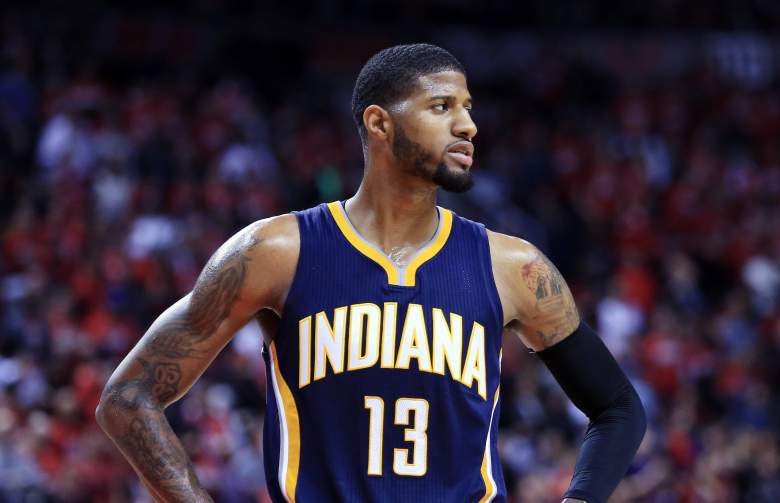 Paul George was outstanding for Team USA in Rio (Getty)

Following a first round playoff exit at the hands of the Toronto Raptors, Pacers president Larry Bird evaluated the team and made a decision that took more than a few people by surprise. He let head coach Frank Vogel go, promoting assistant coach Nate McMillan to be Vogel’s replacement. All McMillan has to do is make sure this Paul George-led team has enough to not only return to the playoffs but advance once there. Luckily for McMillan, who has plenty of experience as an NBA head coach, the aforementioned George is one of the NBA’s best all-around players.

George earned his third All-Star selection and was a third team All-NBA team member last season, quite the comeback for a player who missed most of the 2014-15 season due to a fractured leg suffered while with USA Basketball in the summer of 2014. He’ll be joined by a rotation that includes a budding star in power forward Myles Turner and a new point guard in Jeff Teague, who was part of a three-team deal that sent George Hill to Utah. 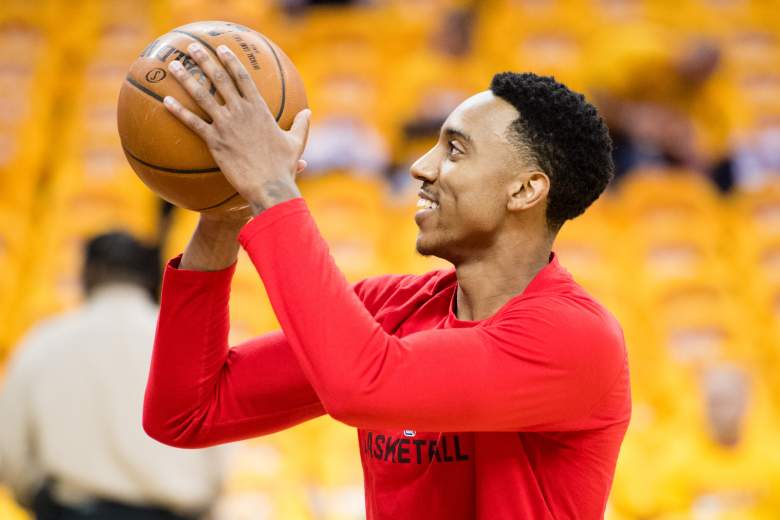 G: Jeff Teague (15.7 ppg, 2.7 rpg, 5.9 apg) Teague returns to his hometown in a contract year, as he’ll be an unrestricted free agent next summer. Teague shot 43.9 percent from the field and 40.0 percent from three last season, but in addition to the positives he brings to the table there were some mystifying decisions made at times while running the show for the Hawks. Maybe playing for a former NBA point guard in McMillan will help Teague in this area.

G: Monta Ellis (13.8 ppg, 3.3 rpg, 4.7 apg) Ellis isn’t a great perimeter shooter, as he made just 30.9 percent of his three-pointers last season and that represents an improvement on his 28.5 percent shooting in 2014-15. He’ll be in a similar role this season even with the change in point guards, providing offense to supplement the efforts of George at the small forward position.

F: Paul George (23.1 ppg, 7.0 rpg, 4.1 apg) In his first full season back since suffering a broken leg in the summer of 2014, George was outstanding in leading the Pacers back to the playoffs. Shooting just above 42 percent from the field for his career, it still feels as if George hasn’t truly reached his ceiling with the injury being the reason why. After a good performance with USA Basketball in Rio, George could be poised to truly take off this season.

F: Thaddeus Young (15.1 ppg, 9.0 rpg) The 6-foot-8 Young was dealt to Indiana by the Nets this summer, giving the Pacers a strong forward capable of being a consistent contributor. He’ll be surrounded by better talent, so Young’s numbers may drop a bit this season, but he’ll still be a factor for the Pacers.

F/C: Myles Turner (10.4 ppg, 5.5 rpg) One of the better front court rookies in the NBA last season, Turner displayed signs of being a feature option for the Pacers down the line. Could he be ready to be an impact starter on a consistent basis now? Turner shot started 30 of the 60 regular season games he played in, shooting nearly 50 percent from the field. 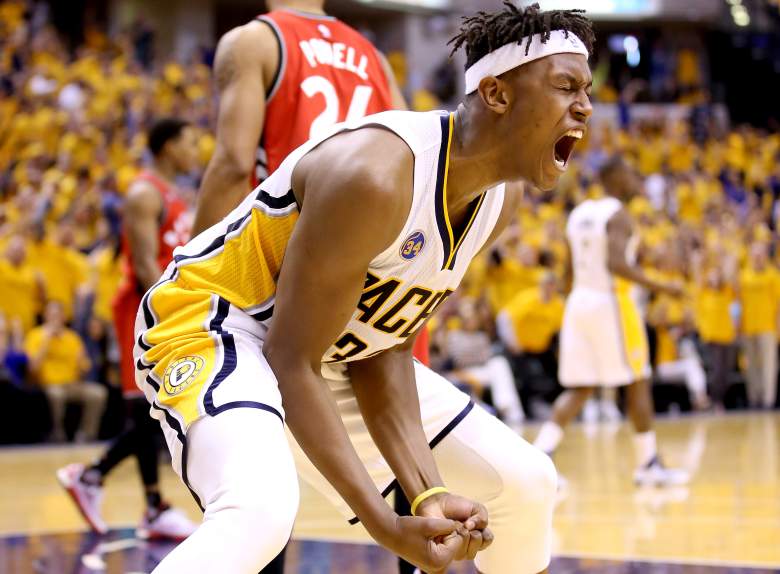 G: Rodney Stuckey (8.9 ppg, 2.7 rpg, 2.4 apg) Stuckey played 22 minutes per game last season, primarily as the team’s backup point guard. That’s likely to change this season due to the arrival of Aaron Brooks, thus leading to Stuckey spending the majority of his time playing off the ball. Stuckey shot 41.3 percent from the field and 24.1 percent from three, numbers that will need to improve in 2016-17.

G: Joe Young (3.8 ppg, 1.6 apg) A prolific scoring guard during his collegiate career, Young played just over nine minutes per game as a rookie last season. Given some of Indiana’s personnel losses on the perimeter, there could be room for the 2015 Pac-12 Player of the Year to earn more time this season.

G: Aaron Brooks (7.1 ppg, 2.6 apg) A free agent signing this summer, there’s a good chance that Brooks will be the backup point guard when the season begins. Brooks played in 69 games for the Bulls last season, and the backup role is one he’s filled with a good rate of success throughout out his NBA career.

F/G: C.J. Miles (11.8 ppg, 2.7 rpg) Miles, who made 24 starts in 64 regular season appearances last season, gave the Pacers quality minutes and scoring off the bench. He’ll likely be in a similar role, as he can play either the two or the three depending on McMillan’s needs.

F/C: Kevin Seraphin (3.9 ppg, 2.6 rpg) Seraphin joined the Pacers this summer after spending last season with the Knicks. Seraphin played in just 48 games last season, averaging 11 minutes per game. Seraphin will look to help the Pacers as a rim protector off the bench, an area of need for the team.

F/C: Al Jefferson (12.0 ppg, 6.4 rpg) Jefferson played in a reserve role with the Hornets last season, starting just 18 of the 47 games he played in due to injury. A good low post scorer, Jefferson can also step out and connect on mid-range jump shots. His addition gives Indiana a front court scorer off the bench, something they needed to address this offseason.

F: Rakeem Christmas (4.0 ppg, 1.0 rpg) Christmas, who spent most of last season with Indiana’s D-League affiliate in Fort Wayne. Christmas, a second round selection in the 2015 NBA Draft, made his NBA debut in the regular season finale and scored four points in a win over the Hornets.

Other Players in (Team) Training Camp 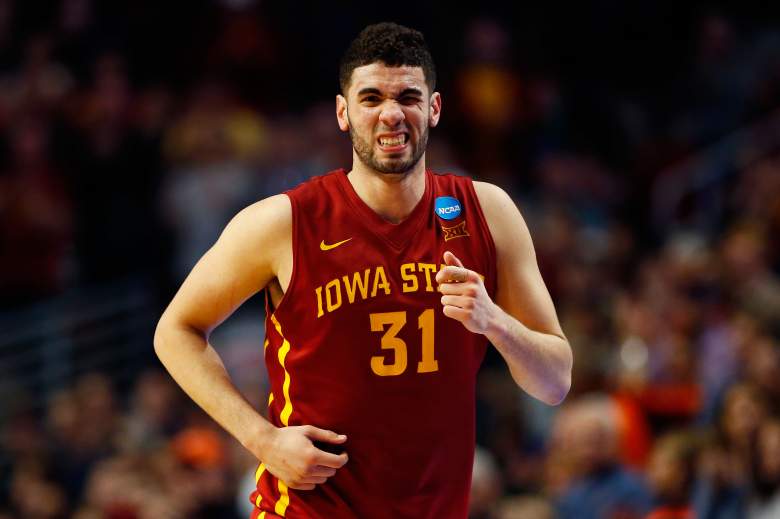 Georges Niang could potentially be a steal for Indiana (Getty)

Stone, Zeisloft and Poythress do not have guaranteed deals going into training camp, meaning that any of those guys would have to do something spectacular (and on a consistent basis) to make the final cut. Given their youth, especially with Poythress and Zeisloft being rookies, there’s a better chance of them landing in Fort Wayne. And with 16 guaranteed contracts on the roster entering camp, one of those players will have to be cut before the regular season begins.

Allen made 28 starts in 79 regular season appearances last year, so it’s pretty clear that he will be part of the Pacers’ front court rotation when the regular season begins. Evans has plenty of NBA experience from his time in Utah, while Robinson played in just 45 games with the Pacers last season. Lastly there’s Niang, a player the Pacers snapped up on draft night and he could turn out to be a steal for them. Niang’s ability to play both inside and out, as well as handle the ball on occasion can make for a tough matchup at the forward position.

UPDATE (10/24): The Pacers signed, and then waived, forward Ben Bentil.