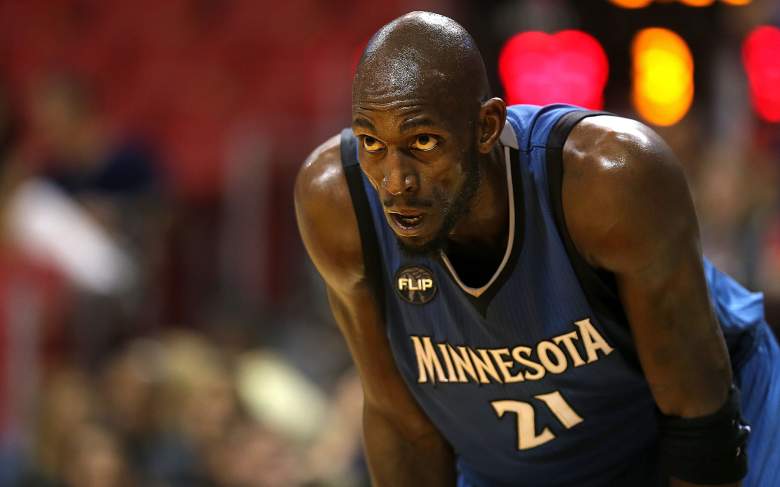 Garnett is expected to retire according to a report (Getty)

Power forward Kevin Garnett, the greatest player in the history of the Minnesota Timberwolves franchise, will not be returning to the team for the 2016-17 season. Friday afternoon the franchise announced that Garnett has played his final game in the NBA, with the “Big Ticket” releasing his own statement via Instagram.

“It has been a real joy to watch KG come into the league as a young man and watch him develop his skills to become one of the very best in the NBA,” Timberwolves owner Glen Taylor said in the release. “I have treasured the opportunity to see him grow as a leader. I wish him continued success in the next chapter of his life. His Minnesota fans will always cherish the memories he has provided.”

Here’s what you need to know about Garnett’s departure from the franchise, and what he’s accomplished in his professional career.

1. Garnett retires after 21 seasons in the NBA

Given the fact that the 6-foot-11 Garnett turned 40 years old in May and played his first NBA game back in 1995, his calling it a career isn’t all that surprising. But his retirement from the game signifies the end of an era in the NBA, with his arrival ushering in a period in which power forwards were able (and expected) to do more than simply be an additional physical presence in the front court.

Garnett’s skill set and athleticism lent itself to him having a major impact on the court, whether it was by showcasing his power and toughness around the basket or the dexterity needed to handle the basketball and step out onto the perimeter and hit shots at a solid rate. Garnett was due to be paid $8 million this season in the second year of a two-year deal worth $16.5 million.

2. Garnett returned to Minnesota for his second stint with the team in February 2015 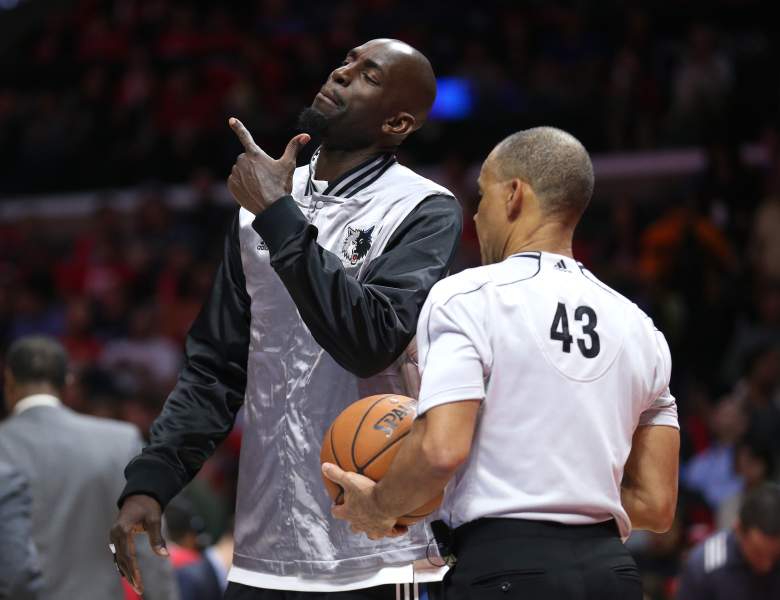 After spending more than a season with the Brooklyn Nets as part of that franchise’s failed attempt to become an immediate title contender, Garnett waived his no-trade clause in February 2015. That allowed the Nets to trade him to Minnesota, where he reunited with then-president of basketball operations and head coach Flip Saunders.

Garnett played more than ten years for Saunders, a period which included NBA MVP honors in 2004 and a trip to the Western Conference Finals that same season. Sadly Saunders, the winningest coach in Timberwolves franchise history, was diagnosed with Hodgskin’s lymphoma in June 2015. Saunders passed away from the disease just before the start of the 2015-16 season, resulting in Sam Mitchell coaching the team on an interim basis.

Tom Thibodeau was hired this summer as the team’s new head coach and president of basketball operations. 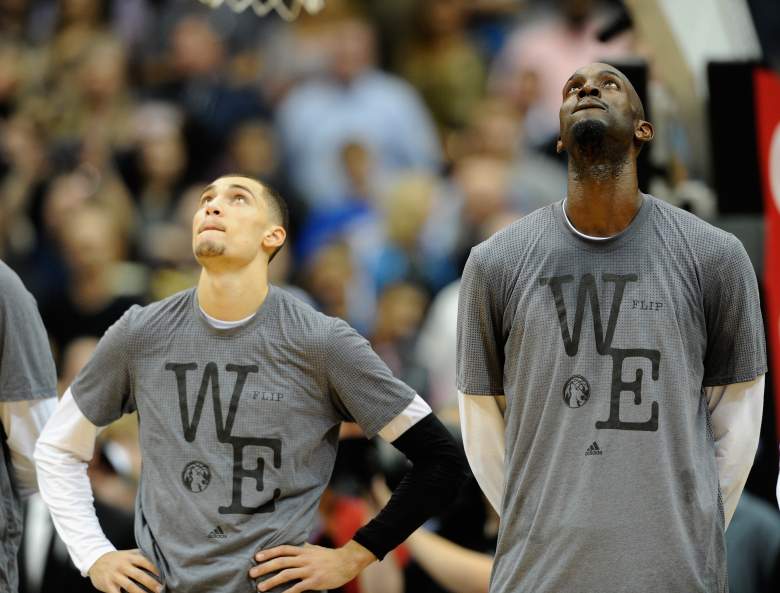 When Garnett returned to Minnesota, it wasn’t to be a superstar. After averaging 6.5 points and 6.6 rebounds per contest in 54 games in 2013-14 with the Nets, it was apparent that he was no longer in the position to carry a team. What he could do, however, was help a franchise full of young talent learn what it takes to be successful in the NBA. Mentoring the likes of Andrew Wiggins, Zach LaVine and Gorgui Dieng, Garnett willingly took on that responsibility with the Timberwolves.

From a mentoring standpoint Garnett’s most important work was likely done with power forward Karl-Anthony Towns, the top overall pick in the 2015 NBA Draft and last season’s Rookie of the Year. On his relationship with Garnett, Towns wrote the following in a blog post he put together for GQ Magazine in January:

Something small like tipping a ball out of bounds on defense will happen and we’ll clap, but KG is just standing up going crazy like someone just got dunked on with the best poster of all time. I think everyone needs his energy. It pushes us to be great. When you have someone who is so energetic, so passionate, that passion starts to flow through you. For us, it’s a big boost when we make a layup to see how happy he is. It makes us want to keep making our brother happy.

4. Garnett was selected fifth overall by the Timberwolves in the 1995 NBA Draft

Just over a month after turning 19 years old, Garnett was taken fifth overall by Minnesota and was the first high school player taken in the 1995 NBA Draft. A native of Mauldin, South Carolina, Garnett moved north to Chicago to finish his high school career at Farragut Academy. Minnesota taking Garnett was viewed as a major gamble at the time, and it was a move that certainly paid off for the Timberwolves.

After averaging 10.4 points and 6.3 rebounds per game as a rookie, Garnett increased those numbers to 17.0 points, 8.0 rebounds and 2.1 blocks per contest in his second season. The 1998-99 season would be the first of nine straight in which Garnett averaged at least 20 points and ten rebounds per game. And for six consecutive seasons from 1999 to 2005, Garnett averaged at least five assists per game in addition to the aforementioned 20 points and ten rebounds. He’s the only player in NBA history to accomplish this feat.

5. Garnett was traded to the Celtics in 2007, uniting with Paul Pierce and Ray Allen to lead Boston to its 17th NBA title in 2008

Celtics executive director of basketball operations Danny Ainge made two major deals during the summer of 2007, both with the goal of putting together a star-studded roster capable of winning a championship. Ainge acquired Ray Allen from Seattle, and he also landed Garnett in a huge trade that saw Boston send five players and a first round pick (top three protected) to Minnesota in exchange for the 2004 NBA MVP.

Those moves gave Paul Pierce two other stars to play with, and the moves paid off immediately. Boston won the 17th NBA title in franchise history in 2008, as they defeated the Los Angeles Lakers in six games. And after winning the first, and ultimately only, title of his illustrious career, Garnett exclaimed the words “anything is possible” during a postgame interview. 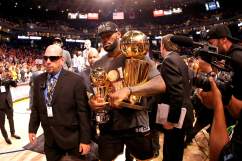