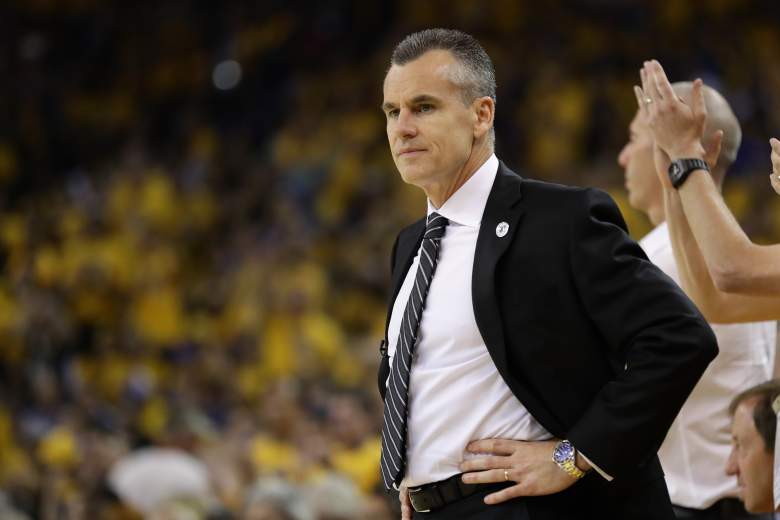 Leading the Golden State Warriors three games to one in the Western Conference Finals, the Oklahoma City Thunder appeared to be well on their way to reaching the NBA Finals in Billy Donovan’s first season as head coach. But the Thunder were unable to finish the job, losing the series in seven games and wondering what could have been. Little did anyone know at the time that the Thunder would have a far different look heading into the 2016-17 season.

There was the trading of Serge Ibaka to Orlando for multiple players, most notably shooting guard Victor Oladipo and the rights to first round pick Domantas Sabonis. But the biggest surprise was Kevin Durant’s decision to leave Oklahoma City for the Bay Area, where he’ll join forces with the likes of Stephen Curry, Klay Thompson and Draymond Green. Durant’s departure leaves point guard Russell Westbrook, who agreed to a new contract this summer, as the face of the franchise, but that doesn’t mean the cupboard will be bare either.

Oladipo will be a key contributor on both ends of the floor, and in center Steven Adams the Thunder have a young big man who has plenty of toughness and is more than willing to hit the boards and defend. Life without Durant won’t be easy, especially with Northwest Division foes Portland, Utah and Minnesota all improving, but Oklahoma City has the tools needed to remain atop the division. 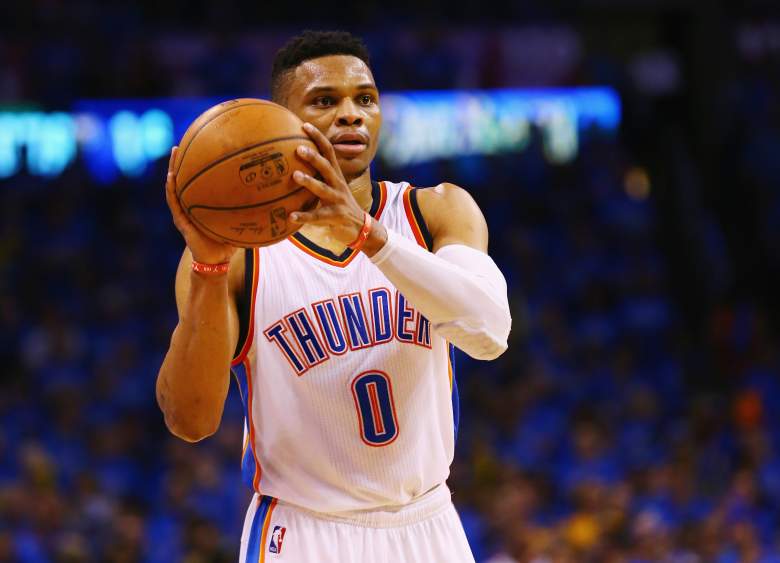 Russell Westbrook is now the unquestioned face of the franchise (Getty)

G: Russell Westbrook (23.5 ppg, 7.8 rpg, 10.4 apg) Westbrook has developed into one of the best players in the NBA regardless of position, with his combination of skills and athleticism making him a factor on both ends of the floor. Durant’s departure will add some pressure, but given his development there’s no doubt that Westbrook can handle it. Don’t be surprised if he’s an MVP candidate this year.

G: Victor Oladipo (16.0 ppg, 4.8 rpg, 3.9 apg) With his arrival from Orlando, the former Indiana guard joins Westbrook to form what may be the most athletic backcourt tandem in the league. Oladipo shot 43.8 percent from the field and 34.8 percent from three with the Magic last season, numbers that could increase given the presence of a point guard who can help him find quality looks at a better rate.

G/F: Andre Roberson (4.8 ppg, 3.6 rpg) Not much of a scorer, Roberson’s value came on the defensive end as he started all 70 games in which he played. But come playoff time teams were essentially daring him to shoot the basketball, identifying the glaring weakness in his game (31.1 percent from three). He should have more chances to score this year; it’s all about being able to take advantage for Roberson.

F: Domantas Sabonis (Rookie) While Oladipo stands as the biggest name the Thunder received in the Ibaka trade, getting the rights to first round draft pick Sabonis was key as well. Sabonis, son of the great Arvydas Sabonis, played two seasons at Gonzaga and established himself as one of the best big men in college basketball. He averaged 17.6 points and 11.8 rebounds per game last season, shooting 61.1 percent from the field.

C: Steven Adams (8.0 ppg, 6.7 rpg, 1.1 bpg) Despite having to deal with Draymond Green (and a couple shots to the groin) during the playoffs Adams maintained his poise, and he’s a very important piece for Oklahoma City. A good positional defender, Adams doesn’t shy away from contact and he’s proven to work well with Westbrook in pick and roll situations. 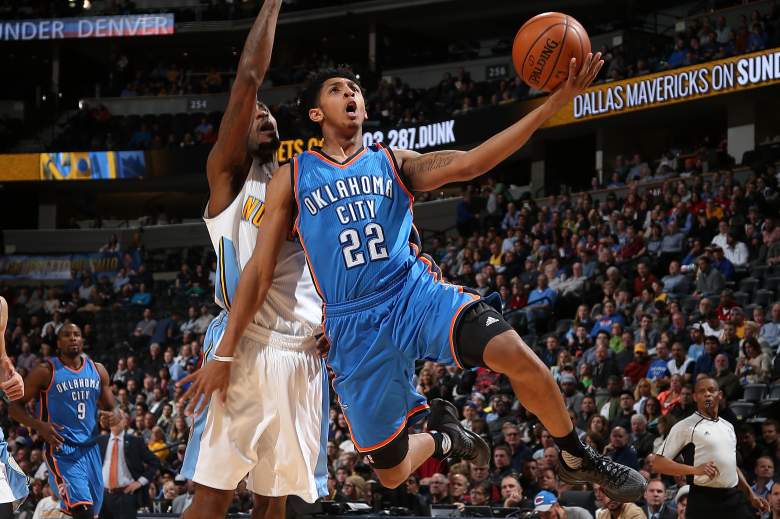 G: Cameron Payne (5.0 ppg, 1.5 rpg, 1.9 apg) Known most for his pregame dance routines with Westbrook last season, Payne was in line to have a greater impact off the bench in his second season in the NBA. But a broken foot suffered early in training camp is expected to sideline Payne for anywhere from six to eight weeks. Payne shot just 41 percent from the floor with an effective field goal percentage of 47.5 percent as a rookie.

F: Ersan Ilyasova (10.4 ppg, 5.4 rpg) Ilyasova was also part of the Ibaka trade, and at 6-foot-10 he has the size to help in the post while also being capable of providing some shooting away from the basket (37 percent career three-point shooter). He’s averaged double figures in six of his eight NBA seasons, spent with three different franchises (Bucks, Pistons and Magic).

F: Nick Collison (2.1 ppg, 2.9 rpg) Collison is an experienced veteran option off the bench who can still give the Thunder spot minutes when needed. Not much of a scorer at this point in his career, Collison’s a good screener within the Thunder offense, and he also does a good job on the offensive glass (11.2 offensive rebound percentage in 2015-16).

C/F Joffrey Lauvergne (7.9 ppg, 4.9 rpg) The 6-foot-11 big man from France played in 59 games with the Nuggets last season, shooting 51.3 percent from the field. He’ll provide the Thunder with another big man willing to do the dirty work inside.

C: Enes Kanter (12.7 ppg, 8.1 rpg) Much maligned for his defensive abilities, or lack thereof, Kanter proved to be a quality option off the bench for the Thunder last season. But even with the trade of Ibaka, Kanter may best serve the Thunder coming off the bench and giving them a capable front court scorer in the second unit. Either way, he’ll get his fair share of the minutes.

Other Players in Thunder Training Camp 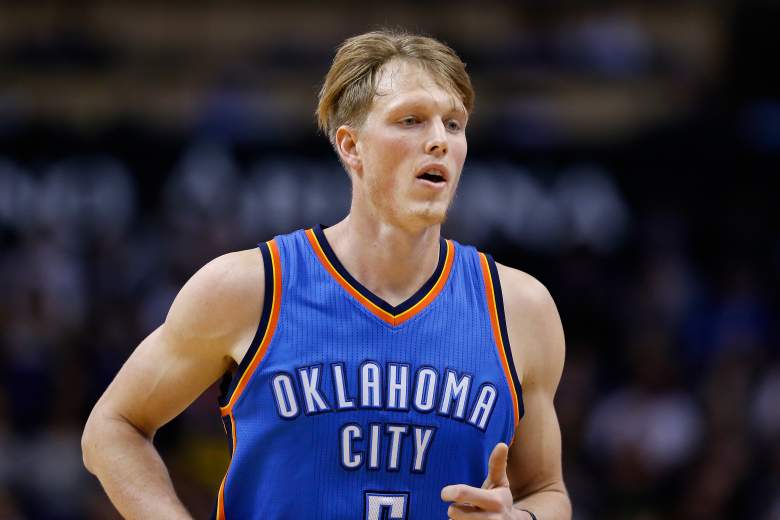 F: Kyle Singler: Singler played just over 14 minutes per game in 68 appearances for the Thunder last season, averaging 3.4 points and shooting just 38.9 percent from the field. Look for him to once again be a deep reserve for the Thunder.
G Semaj Christon: Drafted by the Thunder in 2014, Christon has yet to play a game in the NBA with his first two pro seasons being spent in the D-League. Getting onto the 15-man roster may once again prove tough for the Xavier product.
G/F Alejandro Abrines: The 6-foot-6 Abrines was drafted in the second round of the 2013 NBA Draft but did not sign a contract to join the Thunder until this summer. He averaged 8.9 points and 2.4 rebounds per game with FC Barcelona last season, shooting nearly 42 percent from three. He should make the roster.
F Josh Huestis: Huestis has the size and athleticism to be a pest defensively on the wing. The issue for the Stanford product, who spent most of his time with Oklahoma City’s D-League affiliate last season, is that the Thunder already have that kind of player in Roberson.

UPDATE (10/17): The Thunder announce that they have waived guard Alex Caruso and signed guard Reggie Williams.