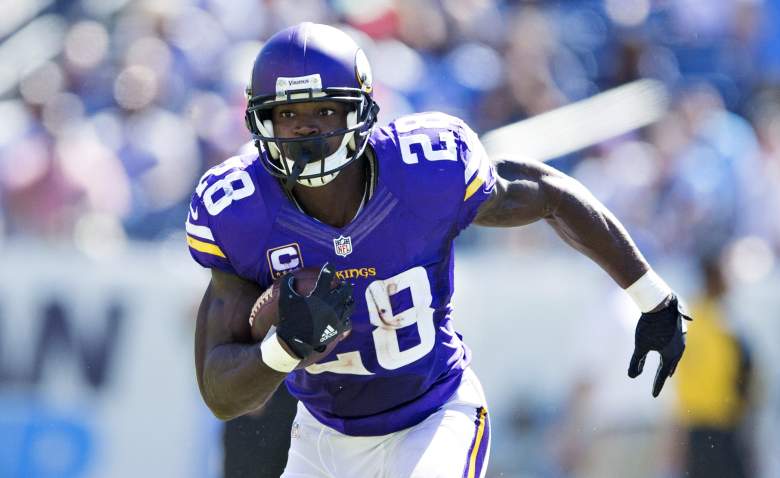 The Minnesota Vikings will open regular season play at the brand new U.S. Bank Stadium on Sunday night against the Green Bay Packers.

Kickoff for the NFC North clash is scheduled for 8:30 p.m. Eastern and the game will be televised by NBC.

Here’s a complete look at all the betting info you need to know, as well as a prediction of the Week 2 game:

Note: All odds and numbers courtesy of OddsShark.com and are updated as of September 17

Betting Percentages: 51 percent on Under 47.5

The Vikings and Packers both have their sights set on the NFC North title, a division won by Minnesota last season. If the Vikings want to repeat, they’ll need quality quarterback play. But who is the quarterback going to be Sunday night?

Veteran Shaun Hill started in Week 1, a win over Tennessee, but failed to lead the team to any touchdown drives. The team acquired former No. 1 overall pick Sam Bradford when Teddy Bridgewater was lost for the year, but he didn’t play last weekend. He has been taking first-team reps in practice this week, but head coach Mike Zimmer has been mum on who will start against Green Bay.

But reports surfaced Saturday afternoon that Bradford would be under center.

Either way, the Vikings will need to have more success on the ground than they did in Week 1. The Titans held Adrian Peterson to 31 yards on 19 carries. Peterson rushed for 112 yards and 2 touchdowns in 2 games against Green Bay a season ago.

There is no quarterback controversy in Green Bay. Aaron Rodgers got off a hot start, throwing for 2 touchdowns and rushing for another in a road win over the Jaguars. He’ll have to deal with a Vikings defense which scored 2 TDs in the opener. Rodgers has Jordy Nelson back from injury (he basically missed all of 2015), as well as Randall Cobb and an improved Davante Adams

The Packers will have their hands full with Peterson and a tough Minnesota D. But the difference in the game is going to be the quarterback play. And that advantage goes to the Packers and Rodgers whether it’s Hill and/or Bradford for the Vikings.

The Pick: Packers 23-17 (Packers win straight up, cover the spread, and the Under wins)