The Blue Brand is ready to showcase their lineup of Superstars with their first official PPV: Backlash.

The 2016 return of this WWE PPV staple features a main event worthy of being for the WWE World Championship: Dean Ambrose vs. AJ Styles. The “Lunatic Fringe” will try everything in his power to beat back the new “Face That Runs the Place” in a match for SmackDown’s richest prize. Plus, SmackDown’s newly introduced Women’s and Tag Team titles will be up for grabs. Randy Orton will attempt to get a huge comeback win by taking on the “Eater of Worlds,” Bray Wyatt. And The Miz will put up his Intercontinental Championship in a one-on-one encounter with Dolph Ziggler.

There’s a lot of big-time matches to discuss here, so let’s get straight to our predictions for the Backlash 2016 match card.

Predictions & Winner: Now this is matchup we’ve watched countless times already. We’d be lying if we said we’re even halfway excited to witness it for the umpteenth time. Ziggler’s no longer a hot commodity in our eyes, sadly. We thought something exciting was in the works for The Miz after his big blow up with Daniel Bryan on Talking Smack, but he’s right back to being the chicken shit heel who’s having a lackluster reign as IC Champion. So what’s going to happen here? We’re all going to see a passable title match here where either man has a viable chance at winning. Our gut instinct is telling us The Miz’s IC Title reign won’t be cut right here. Ziggler will once again do his best to ditch his underdog role and win another title, but he’ll come up short…again. Miz isn’t losing that IC Championship for a long time. Apollo Crews is going to be the man to end that reign, if you ask us.

Predictions & Winner: This is another bout that we’re just kinda indifferent about. Orton didn’t really put on much of an amazing match against Brock Lesnar and Bray Wyatt’s been an afterthought for the longest time now. This feud seemingly came out of nowhere without much hype behind it. We’re not really expecting much from this match, to be quite honest. We think an upset win is in order here that will favor Mr. Wyatt. It may seem like Orton is less likely to lose here thanks to his still fresh WWE return and his huge loss at SummerSlam. But we envision Bray pulling out the win due to the surprise return of Luke Harper. Bray Wyatt will get the win here, but he won’t end his Backlash activities here…

Predictions & Winners: Since The Usos went full heel by tearing down American Alpha, they’ve managed to enter themselves into a Second Chance Match against the Hype Bros. Whoever wins this one goes on to face the biggest underdog of this whole tournament. We think American alpha’s gonna repay The Usos’ crooked transgressions and screw them over here, which will lead to a Hype Bros win. But that doesn’t mean the Hype Bros. will ultimately prevail. So here’s the thing: Heath Slater is entertaining as hell, plus Rhyno is letting more of his humorous side shine through. These two strange bedfellows have managed to align themselves and create one of the more intriguing underdog duos in the WWE. When the Hype Bros. and Heath Slater/Rhyno finally do battle, it’s gonna be a hotly contested encounter. This one’s going to crown the inaugural SmackDown Tag Team Champs after all. Like we stated before, the unexpected’s gonna be the main factor here. Slater and his “Man-Beast” compadre will pull away with the win. SLATER’S GETTING A CONTRACT!

Alexa Bliss vs. Becky Lynch vs. Carmella vs. Naomi vs. Natalya vs. Nikki Bella (Six-Pack Elimination Challenge for the WWE SmackDown Women’s Championship)

Predictions & Winner: There’s an interesting mix of women here. The RAW Women’s Championship scene is pretty dammed interesting, but we have to give props to SmackDown for building up a fine Women’s roster of their own. What we have here is a mix up longtime main roster members and former NXT stars ready to become #1. We can already see Nikki Bella getting targeted the most by her current rival Carmella, which will prevent her from getting even a sniff of the winning pin. Naomi and Natalya are lower on the totem pole as far as winners are concerned. We’re banking on either Alexa Bliss or Becky Lynch. Since Becky has a lot more going for her due her loyal following and high position on the Women’s roster, she seems more likely as the woman who’ll walk away as the champion.

Predictions & Winner: Let’s keep it real with each other for a second here. We’re not the only ones who feel like Dean Ambrose’s run as WWE World Champion is disappointing, right? It’s just been super underwhelming and nothing to write home about. His match against Ziggler at SummerSlam really didn’t meet the high standards we expected from it. But we all know AJ Styles (THE NEW FACE THAT RUNS THE PLACE!) will manage to pull a great match out of Ambrose. He’s our 2016 WWE MVP due to his incredible matches with all the big stars put across the ring from him. We’d love to see AJ get the title here, but we get the feeling that a screwy finish will prevent him from doing so. Bray Wyatt has a tendency to pick his next victims after he pulls off a big win. So don’t be shocked to see the lights get low when AJ or Ambrose has the win in their grasp. Bray will interrupt this bout and cause it to lead to a no-contest. AJ, Ambrose and Bray will be fighting over the WWE World Championship from this point forward. 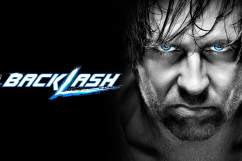 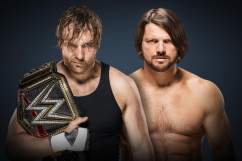 WWE Backlash 2016: The Results & Highlights You Need to Know

Read More
Pro Wrestling, Randy Orton, Wrestling, WWE
Check out our picks for the biggest winners who we think shall prevail at SmackDown's Backlash 2016 event.