The Chicago Cubs announced that Bill Murray has been picked to sing “Take Me Out To The Ballgame” during Game 3 of the World Series at Wrigley Field. The Cubs lost Game 3, 1-0, but Murray’s hilarious performance of the song as Daffy Duck will still have Cubs fans laughing.

In addition to Murray, the Cubs also picked Hall of Famer Billy Williams to throw out the first pitch, Fall Out Boy’s Patrick Stump to sing the National Anthem and Wayne Messmer to sing “God Bless America.”

Murray is a life-long Cubs fan who said last weekend that he would rather be at a Cubs game than receive the Mark Twain Prize for American Humor. While Murray was in Washington, he crashed a White House press briefing in full Cubs gear. 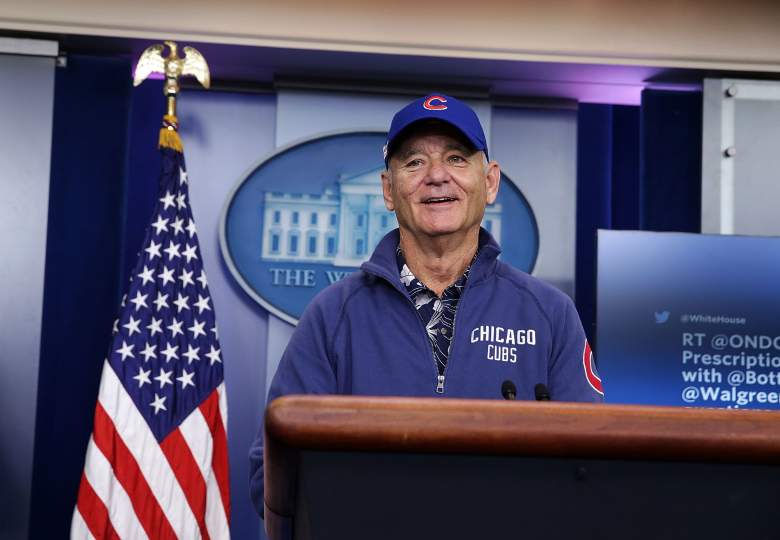 “I’m glad they won last night so I could be here this evening,” Murray said during the ceremony at the Kennedy Center in Washington D.C. on October 24. “If they hadn’t won last night I would have had to have been there, because, honestly, I do not trust the media to report the story.”

Before the ceremony, CBS Chicago reports, Murray told reporter that he cried during Game 1 of the NLCS against the Los Angeles Dodgers at Wrigley Field.

“There was a feeling … where I just felt the whole building, the whole room, just the relief and the sense of wonder that it was really happening,” Murray said. “And I just felt for everyone, for every Cub fan and everyone in Chicago that’s been waiting, and all over the world, who have been waiting for this moment. I just thought some sort of prayer was being answered.”

Murray is also an experienced “Take Me Out To The Ballgame” singer. Here’s Murray singing during the 2004 Cubs home opener.

In September 1998, during the Cubs-Giants NL Wild Card tiebreaker, he sang the song, too:

And here’s Murray singing at a minor league game in 2015. 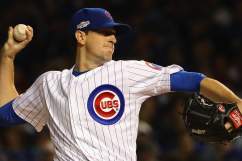 What Time & TV Channel Is the World Series Game 3 on Tonight?