Corey Kluber takes the mound in Game 1 of the World Series on Tuesday night. The Indians’ pitcher will be tasked with the challenge of slowing down the Cubs’ potent lineup.

As he plays in one of the most crucial games of his career, his wife, Amanda and family will be cheering him on in the stands. Here’s more about Kluber’s background, and family. 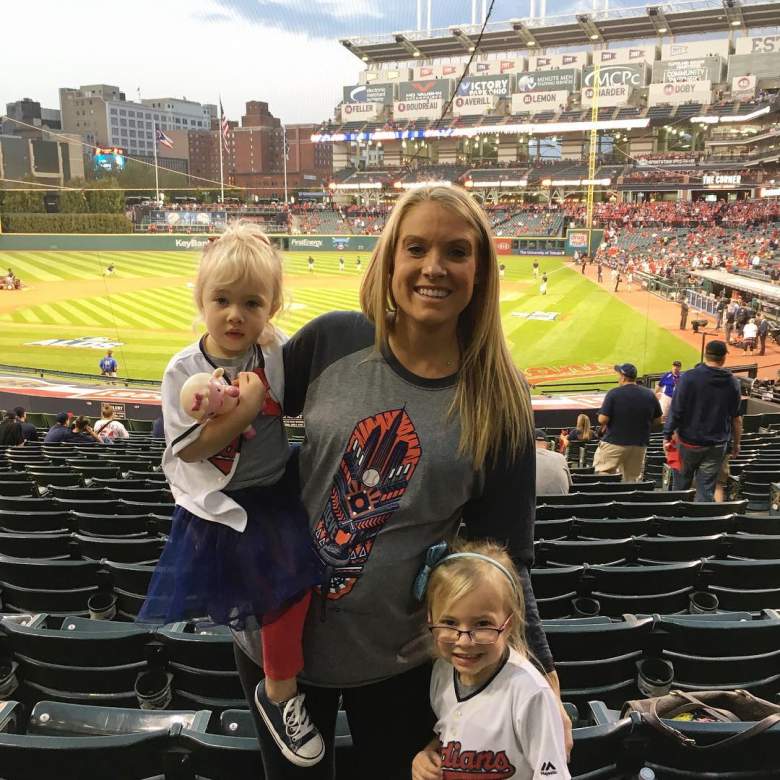 After being named the Atlantic-Sun Pitcher of the Year in 2007, Kluber was drafted by the San Diego Padres. He played a few years in the minors, and then was traded to the Cleveland Indians. In 2011, he was called up to the majors.

Kluber, was recently elected to the Stetson University Athletics Hall of Fame, which he has said “played a big role” in his success.

“I spent three years there that ultimately led me to being drafted and playing professionally,” Kluber said.

He explained that Stetson also led him to his future wife.

“I also met my wife, Amanda, there and we have two beautiful kids. It’s been my life-long goal to play Major League Baseball and to live that out is really a dream come true.” 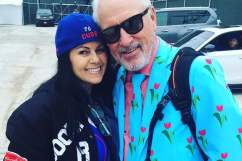 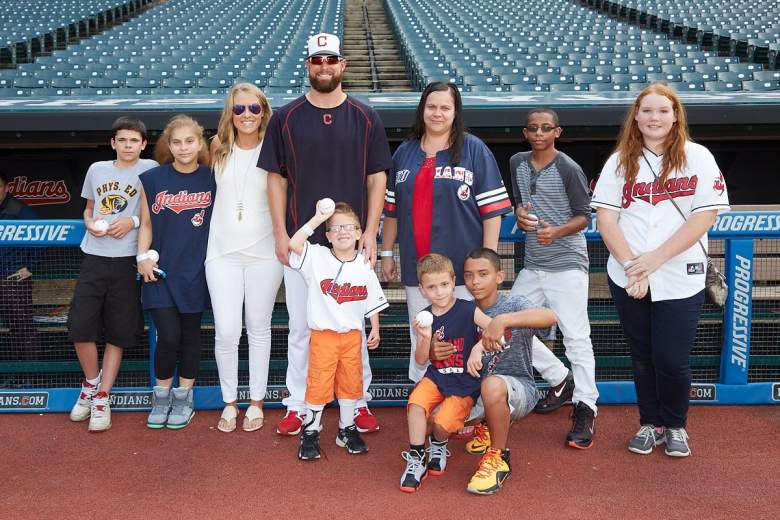 Kluber and Amanda work together to run one of the Indians’ Cleveland outreach programs. They run “Kluber’s Kids,” a program with the Cleveland Clinic.

Each Wednesday home game, the couple hosts a child patient. The patient is treated to a VIP experience at Progressive Field, where the young fan watches batting practice, meets players, and possibly tours the clubhouse.

When the Indians players each received two World Series tickets, Kluber and Amanda chose to give theirs to a child who is a patient at University Hospitals Rainbow Babies and Children’s Hospital.

The young girl named Aly will watch Kluber take the mound in Game 1 with a family member.

“It’s one of those things, it just shows you how much of an impact you can have on other people– even something as little as bring a smile to someone’s face who is going through a rough time.. it makes just as much of an impact on us,” Kluber told MLB.com.

Throughout the year, Kluber and Amanda visit patients at Cleveland area hospitals.

“I think probably everybody has at some point in time, whether they knew directly or witnessed it, somebody who’s got a child who is sick, and it’s heartbreaking,” Kluber told MLB.com. “It’s something that, being a father, you can’t imagine what they’re going through. So it’s really just about wanting to try to help them have a happy moment, take their mind off what they’re going through for a little bit.” 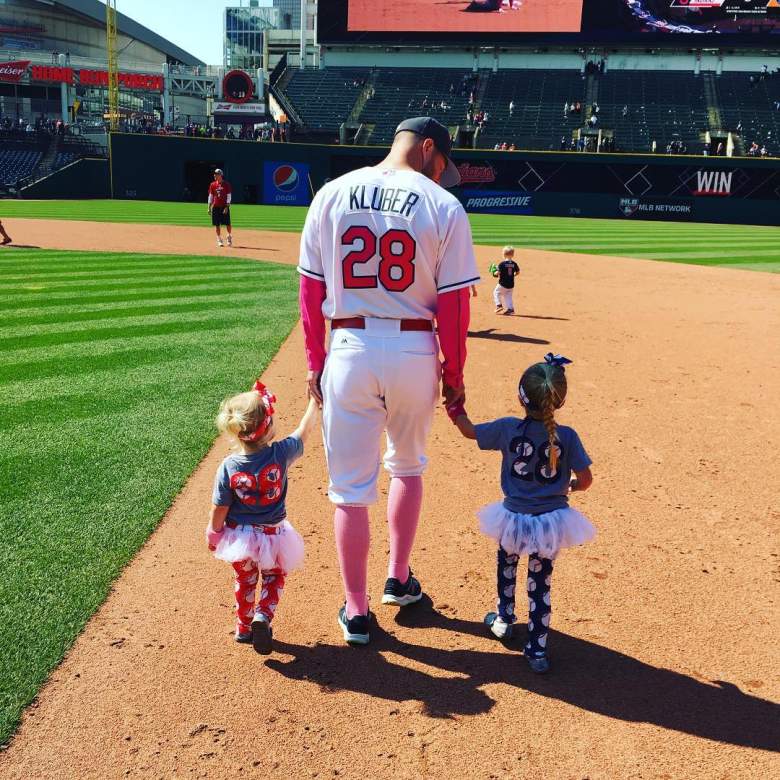 The couple have two daughters: Kendall and Kennedy. Amanda gave birth to the couple’s second child just months before Kluber kicked off his 2014 Cy Young campaign.

Kluber opened up to Tribe Vibe about the challenges of raising a young family as a professional baseball player.

“It’s tougher for the wives,” said Kluber. “It’s challenge for them, because for the most part, they’re handling a lot of the duties with the kids for much of the season.”

According to the website, Amanda and the couple’s daughters move to Cleveland from their home in Jacksonville, Fla., for the season. However, Kluber said it still doesn’t allow for much alone time together.

The pitcher said his busy schedule and limited time at home makes him appreciate the offseason even more. 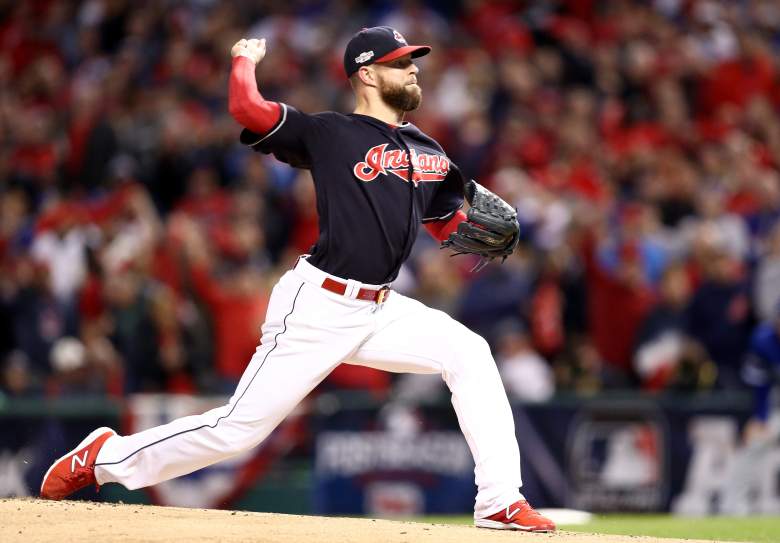 When Kluber called his parents to tell them he had been traded to the Indians, his father, Jim, didn’t believe the news.

“No,” Kluber responded. “I really got traded to Cleveland.”

Jim was elated to hear that his son would be pitching for his hometown team. Although Kluber was born in Alabama and grew up in Florida, his father is from Cleveland.

“I knew it would be cool for him. He grew up here and it was the team he grew up watching,” Kluber told Cleveland.com in 2015. “For me, it was just a new team to go play for.”

Kluber’s parents told the site they record all of his games. They now live on Cape Cod, and attend the games at Fenway Park when the Indians are in Boston.

5. Kluber & His Wife Are ‘Game of Thrones’ Fans 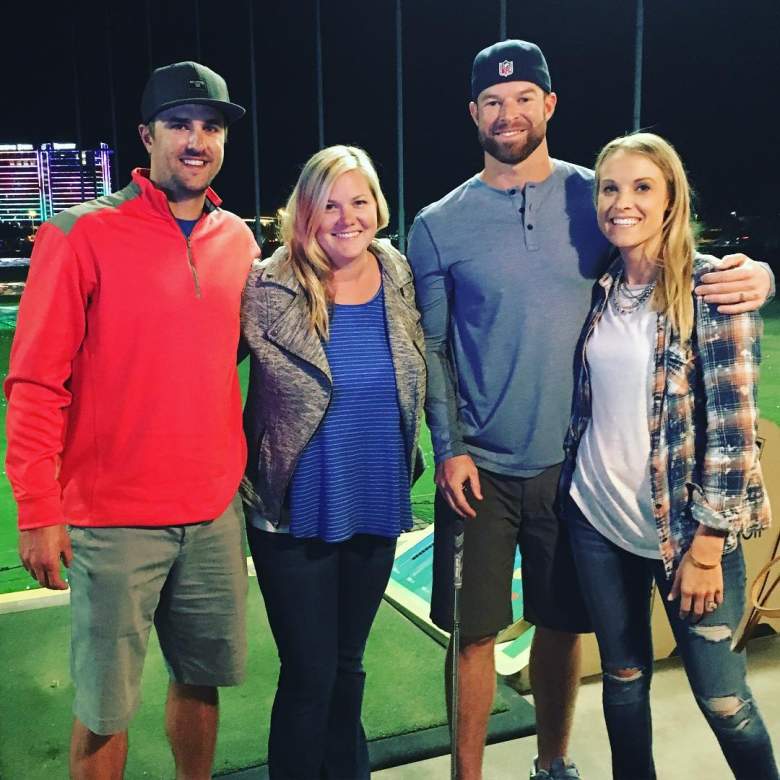 Although balancing a major league schedule and family time is difficult, the couple tries to carve out time for Game of Thrones every week, telling Cleveland.com.

I’m a big fan. My wife Amanda and I try to set aside sometime every Sunday after the girls go to sleep to watch. The Red Wedding was intense. I didn’t see it coming. Lonnie Chisenhall has read all the books so he knew, but I had no idea. I would like to say Tyrion is going to make it, but they kill off every main character. You’ve got to put your money on that. 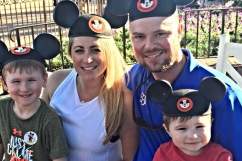