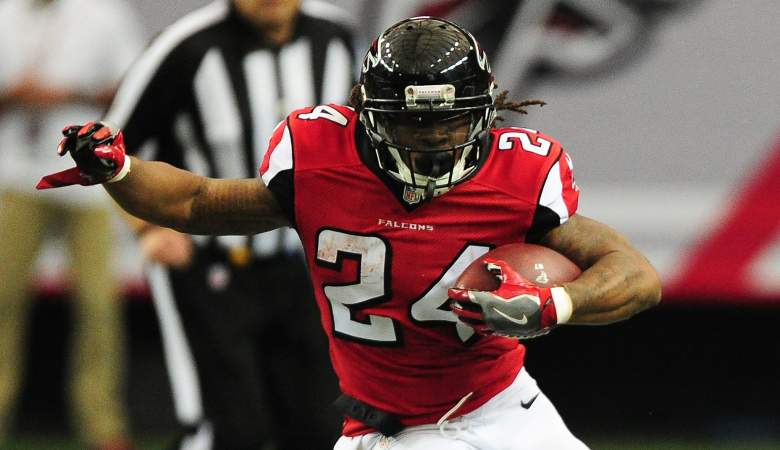 Two of the league’s top offenses get together on Sunday when the Atlanta Falcons host the San Diego Chargers.

Game time is scheduled for 4:05 p.m. Eastern from the Georgia Dome and it will be televised by FOX.

Here’s a complete look at all the betting info you need to know, as well as a prediction of the Week 7 game:

Note: All odds and numbers courtesy of OddsShark.com and are updated as of October 23

Betting Percentages: 74 percent on the OVER

As stated above, these two offenses are potent — the Falcons score the most points in the league (33.2 per game) and the Chargers are third at 28.8 PPG. Neither team shows much of an ability to stop scoring, either. Atlanta gives up 27.7 points per game (26th in NFL) and San Diego 25.8 (23rd).

That’s been reflecting in the team’s respective total records. The OVER has won in 5 of Atlanta’s 6 games, 4 of 6 for San Diego. Sunday’s game total is set at 55 and I see them hitting the OVER once again.

The Falcons’ offense has been somewhat slowed over the past two weeks — they scored 23 points in a win over the Broncos, then 24 last week in a loss at Seattle. Yes, compared to what ATL had done prior, 23 and 24 points is getting slowed. That won’t be the case Sunday as the NFL’s leading passer Matt Ryan will have ample time to pick apart the Chargers’ vulnerable secondary while connecting with Julio Jones and Mohamed Sanu early and often. Watch for Tevin Coleman to a be a major receiving threat out of the backfield.

The same will be true for Philip Rivers against the Falcons’ defense. Atlanta has allowed 14 touchdown passes and 285 passing yards per game. Rivers will undoubtedly add to that TD total. The Falcons have been one of the worst teams at defending opposing tight ends, so watch for Bolts TEs Hunter Henry and Antonio Gates to be particularly busy.

Both teams have been fairly strong against the run, though. The Chargers are allowing just 3.8 yards per carry and 83.5 yards per game. The Falcons come in at 4.0 YPC and 94.2 YPG.

But let’s face it, this game is going to be all about the passing.

San Diego is winless in its past 6 road games, but are 8-1 against the spread (ATS) in its past 9 away contests. Atlanta, on the other hand, is 2-6 ATS in its past 8 games at the Georgia Dome.

The right arm of Rivers will keep the Chargers in the game. But it will be Ryan, Jones and just enough of running back Devonta Freeman who help the Falcons squeak it out.

The Pick: Falcons 37-34 (Falcons win straight up, Chargers cover the spread, the OVER wins)