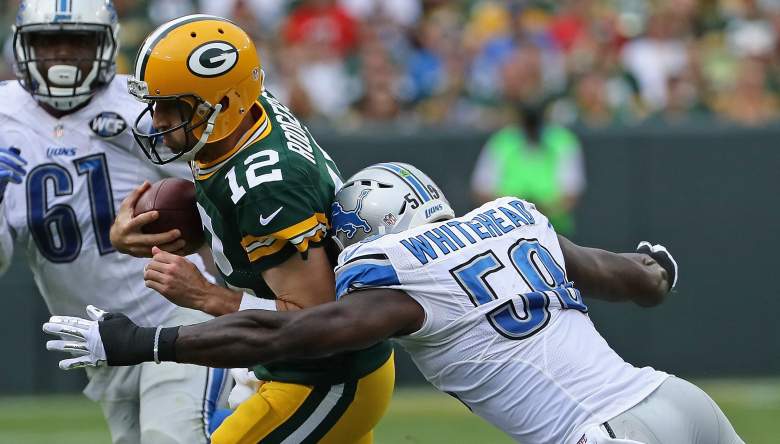 The Washington Redskins are one of the NFL’s hottest teams when they visit the Detroit Lions on Sunday at Ford Field.

Kickoff is scheduled for 1 p.m. Eastern and the game will be televised by FOX.

Here’s a complete look at all the betting info you need to know, as well as a prediction of the Week 7 game:

Note: All odds and numbers courtesy of OddsShark.com and are updated as of October 23

Betting Percentages: 74 percent on the OVER

The Redskins started 0-2 and appeared to be on the their way to a long season. A month’s worth of victories later and now they look like a team who can contend for the NFC East title.

The Lions, on the other hand, are, well, nobody really knows. After a wild Week 1 win, they lost three straight and now they’ve won in back-to-back weeks. So what Detroit team will show up Sunday?

A lot of that is going to depend on the play of quarterback Matthew Stafford. In the Lions three wins, Stafford has 10 touchdown passes and zero interceptions. In the three losses, it’s 4 TDs and 4 INTs. The Redskins haven’t exactly faced the most potent passing offenses, but they’ve allowed just 6 touchdown passes. Golden Tate stepped up in Week 6 and Stafford will need him to again with tight end Eric Ebron missing another game.

The Lions have been a rotating door at running back. Theo Riddick is out again, meaning Zach Zenner and Justin Forsett should carry the load. You can run on Washington. But can Detroit actually do it? They’ll need to in order to avoid being so one-dimensional offensively.

The Redskins have seemingly found their running back in Matt Jones. Jones has two 100-yard games in his past 3 as well as 2 touchdowns. Detroit has allowed just 1 rushing TD, but a 4.7 yard per carry average. The Redskins would be wise to employ a heavy dosage of Jones and Chris Thompson to keep Stafford on the sidelines.

The fact is, though, the Redskins have one of the better passing games in the league behind Kirk Cousins. The offense spreads the ball around with tight end Jordan Reed (33 receptions on 45 targets) and receivers Pierre Garcon (28 on 43), DeSean Jackson (22 on 41) and Jamison Crowder (24 on 34) being the main beneficiaries. Reed, though, is going to miss the game with a concussion. That’s a major blow and should open the door for an expanded running gameplan.

The Redskins have covered the spread in each of their past 5 road games (all straight up wins, too), while the Lions are 4-2 ATS in the past 6 at home.

This is the Lions third-straight home game and they’ve won the previous two by a total of 4 points (over the Eagles 24-23 and Rams 31-28). They obviously know how to win the close ones and this has “close one” written all over it. The Redskins are hot, but get cooled off in Detroit.

The Pick: Lions 27-24 (Lions win straight up, Lions cover the spread, the OVER wins)