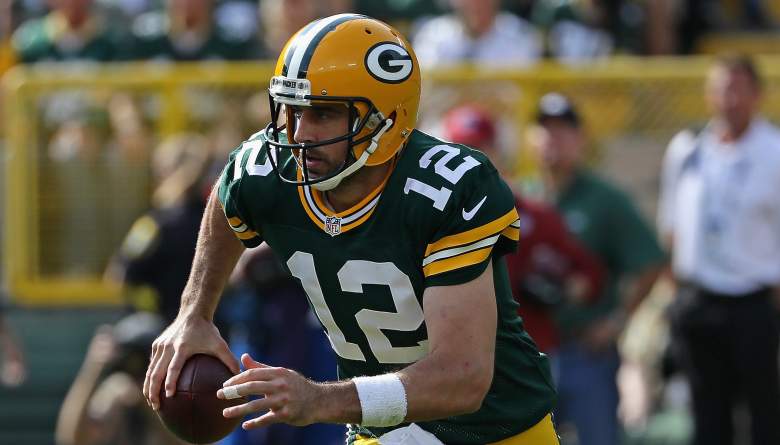 The Green Bay Packers will get their first look at the new-look Cowboys when Dallas visits Lambeau Field on Sunday.

Led by rookies Dak Prescott and Ezekiel Elliott, and a dominating offensive line, the Cowboys have won 4 straight games to improve to 4-1.

Game time is scheduled for 4:25 p.m. Eastern and it will be televised by FOX.

Here’s a complete look at all the betting info you need to know, as well as a prediction of the Week 6 game:

Note: All odds and numbers courtesy of OddsShark.com and are updated as of October 15

Betting Percentages: 67 percent on Over 47

It’s the top rushing offense in the league vs. the No. 1 run defense.

Run defense is the Packers’ strong suit defensively. They have allowed just 171 yards through 4 games (42.8 per game on a 2.0 yard per carry average) and the longest run given up is 14 yards. This will be Green Bay’s stiffest test. While the Pack held Adrian Peterson in check in Week 2, they haven’t faced another good rushing team (Jaguars, Lions and Giants).

The Cowboys’ other first-year player, quarterback Dak Prescott, is playing more like a seasoned pro, combining for 7 touchdowns (4 pass, 3 rush) and, more importantly, zero turnovers. He’s playing smart and isn’t trying to do too much in the passing game. There’s a chance Prescott will get No. 1 target Dez Bryant (knee) back, but No. 88 will likely be a game-time decision.

Jerry Jones on @1053thefan said there's a chance Dez Bryant plays Sunday. "I'd like to see him go. I do know he's getting a lot of work in."

Packers quarterback Aaron Rodgers hasn’t hit the 300-yard mark in 11 games (dating back to last season). And he’s completing just 56.1 percent of his passes this year. With that being said he’s got a 9 to 3 TD to INT ratio. Dallas’ secondary has been rather stingy, so don’t expect Rodgers to hit 300 Sunday. But it doesn’t mean he won’t be effective. He will be.

A potential concern can be found in the Green Bay backfield. Both Eddie Lacy (ankle) and James Starks (knee) are questionable. Starks is unlikely to play, while it’s believed Lacy will suit up.

Can the rookies go into Lambeau and beat the Packers? I don’t believe so. Green Bay is 16-3 in its last 19 home games and will do just enough to hold the pesky Cowboys off. If this game was being in played in Dallas, I’d go with the Cowboys. But it’s not.

The Packers, though, have had trouble covering the spread at home, going 2-4-1 ATS in the past 7 at Lambeau. Dallas, on the other hand, is 13-6 ATS in its past 19 away games.

I’m also looking at UNDER as that has won 13 of Green Bay’s last 19 games and 7 of Dallas’ past 10. Couple that with the effective defenses both teams are playing and this projects as a lower-scoring affair.

The Pick: Packers 23-20 (Packers win straight up, Cowboys cover the spread, the UNDER wins)