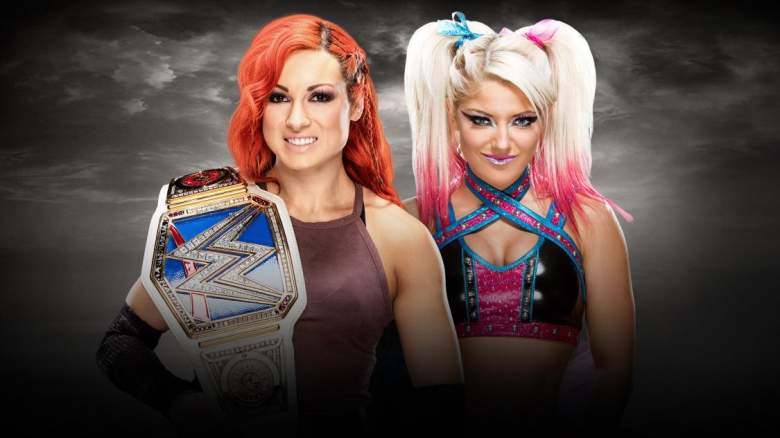 Becky Lynch was scheduled to defend her title against Alexa Bliss at No Mercy. (WWE.com)

WWE Women’s Champion Becky Lynch will reportedly no longer be facing Alexa Bliss at the No Mercy pay-per-view this evening. Is she legitimately injured, or is this all a work?

Unfortunately, it seems that Lynch is facing a real injury here, with it being reported by Pro Wrestling Sheet this weekend that the Irish Lass Kicker will be unable to compete at No Mercy and could be out for about a month. The WWE has not officially commented on any of this, but at the moment, it thankfully sounds like Lynch’s injury is more in line with Randy Orton’s at Backlash than Finn Balor’s at SummerSlam.

We don’t know for sure the nature of the injury, but Squared Circle Sirens reports that it is something to do with her neck, and she has been working through it for several weeks. Presumably, then, this is a situation that was initially not thought to be very serious until Lynch was not cleared to wrestle this evening.

To put this in perspective with some recent injuries, a similar situation happened last month with Randy Orton. He was scheduled to fight Bray Wyatt at Backlash, but the day of that pay-per-view, it was announced that he was not cleared to compete. Even so, he was at the show and was part of the storyline, and he’s set to face Wyatt tonight, about a month after his injury.

Sasha Banks also recently needed to take some time off, with that being a case of Banks suffering from some back pain that fortunately did not turn out to be anything too major. She was back in the ring about a month later, going on to win back her WWE Raw Women’s Championship back from Charlotte.

The WWE can deal with this Becky Lynch situation in a variety of ways. They could have Lynch in the arena tonight and have it be stated that she can’t wrestle for some fictional reason, similar to how it was explained at Backlash that Randy Orton couldn’t perform because he was supposedly assaulted by Bray Wyatt backstage.

In terms of if Lynch will have to drop the title, that again is up to the WWE; technically, a title holder has to defend the championship every 60 days, so if Lynch is looking at a month on the sideline, she theoretically can remain SmackDown Women’s Champion. But the company has to decide if, financially, they’re okay having such a significant belt gone for that many weeks and not being advertised as part of their shows. If not, they might want to give it to Alexa Bliss, similar to how Charlotte had the Raw title for the month that Sasha Banks was gone.

WWE No Mercy airs tonight at 8:00 p.m. Eastern Time on the WWE Network. The kickoff show starts at 7:00. 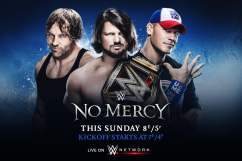 WWE ‘No Mercy’ Predictions Poll: Vote on Who Will Win Each Match