Eliminator pools will be tested Sunday, as the Browns look to give a challenge to the NFC-leading Dallas Cowboys. The Cowboys are a seven-point favorite at most sportsbooks this week according to OddsShark.com.

The Cowboys come to Cleveland winners of six straight, and the Browns haven’t won a game so far this season. But the Browns are getting Corey Coleman back into the offense, who should provide an explosive option for the newly-returned Josh McCown.

The Browns offense hasn’t been this healthy since the first weeks of the season, when Coleman was starting to establish himself as a legitimate deep threat. He had a 58-yard catch in his NFL debut, and the following week he went off for 104 yards and two TDs against Baltimore. The following week he injured himself in practice, and Coleman hasn’t been seen since.

Unfortunately for the Browns, Coleman only plays offense. Cleveland’s biggest struggles are on defense, where they will face the league’s best rushing attack. The Browns are 29th in defensive yards per carry, and have already allowed 10 rushing touchdowns this season. That’s a bad matchup against the Cowboys, who enter Sunday averaging more rush yards per game (164.9) than any team in football.

That’ll be the key Sunday, and it’ll likely be the reason the Cowboys control the game. Even if the Browns snag an early score, Dallas should be able to grind this game out, win in the trenches, and keep Cleveland winless for another week. Expect the Cowboys to dominate and cover the spread for a sixth straight week, and their defense should do enough to keep the point total under 49. 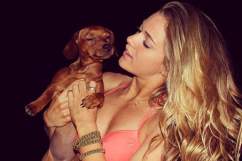 Read More
Cleveland Browns, Dallas Cowboys, NFL
Dallas is a big favorite in Cleveland, where the Browns are looking for their first win this season.