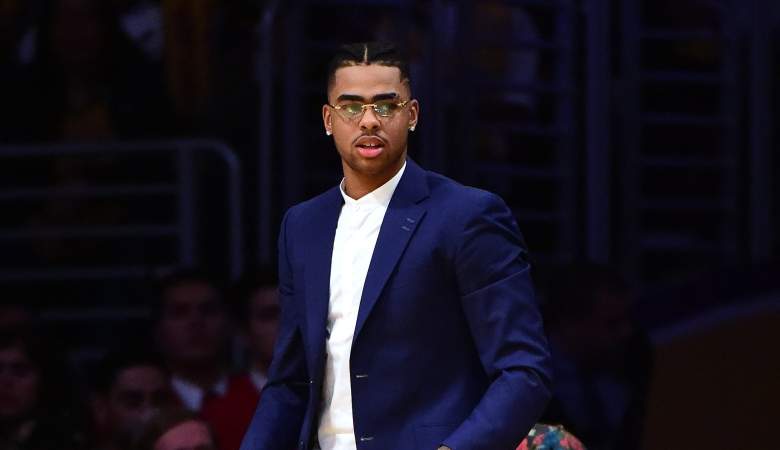 After getting off to a good start to his second NBA season, Los Angeles Lakers point guard D’Angelo Russell has been dealing with a left knee injury of late. Russell missed the Lakers’ 111-109 win over Oklahoma City Tuesday night as a result of the injury, and he’s missed two of the team’s last three games. Wednesday afternoon the Lakers announced that Russell will miss at least two weeks after receiving a platelet-rich plasma injection in the knee. An update on Russell’s recovery will be provided next week.

Here’s what you need to know about Russell’s injury, treatment and where the Lakers go from here.

1. Russell first had issues with the knee during practice Thursday 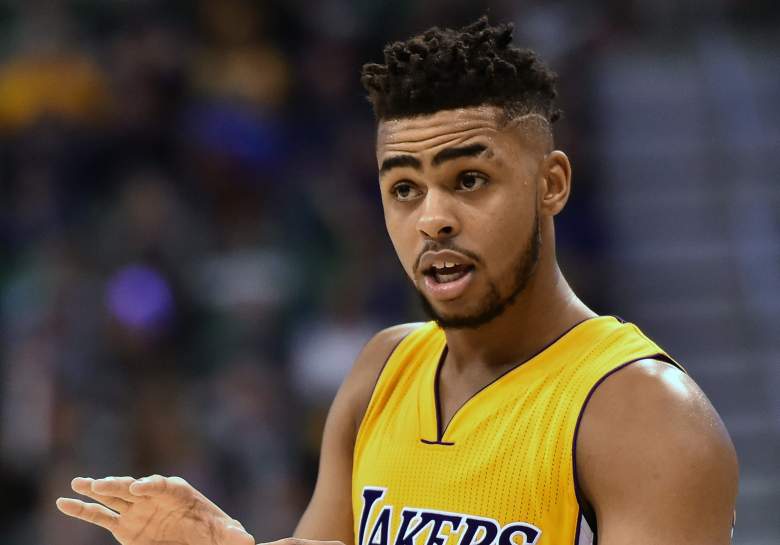 Russell’s averaging 16.1 points and 4.8 assists per game this season (Getty)

The 6-foot-5 point guard had not missed a game this season before Friday, when Lakers head coach Luke Walton made the decision to sit his starting point guard for the team’s home game against the San Antonio Spurs. According to the Associated Press, Russell felt soreness in the knee during the team’s practice Thursday, prompting the team to make the decision to sit Russell for Friday’s game. The hope was that the extra time off would help Russell ahead of a particular busy stretch on the team’s schedule, with the Spurs game being the first of 18 within a 30-day span.

Russell returned to the lineup Sunday night as the Lakers hosted the Chicago Bulls, but he only played 23 minutes in the 118-110 defeat. Russell, who’s averaging 16.1 points, 4.8 assists and 3.4 rebounds per game on the season, finished the game with eight points, seven assists, three rebounds, two steals and two turnovers, shooting 3-for-11 from the field.

2. Jose Calderon was moved into the starting lineup Tuesday night 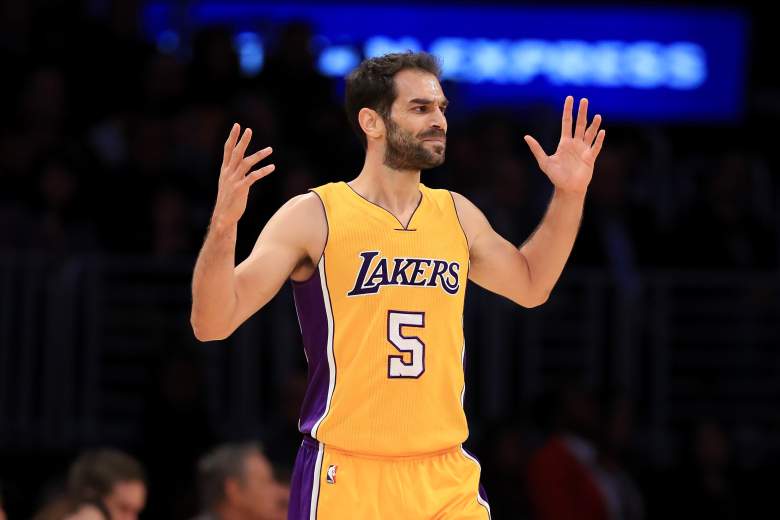 In both games that Russell was forced to sit out, Walton went with veteran Jose Calderon as his starting point guard. A 12-year NBA veteran from Spain, Calderon averaged 8.5 points, 3.5 rebounds and 3.5 assists per game in his starts against the Spurs and Thunder. When Russell’s been healthy Calderon’s played sparingly, seeing ten minutes or more just twice in the first nine games of the season, and he also had a DNP-CD (did not play-coach’s decision) for their loss to the Bulls Sunday night.

3. Russell currently leads the Lakers in assists and is second in scoring 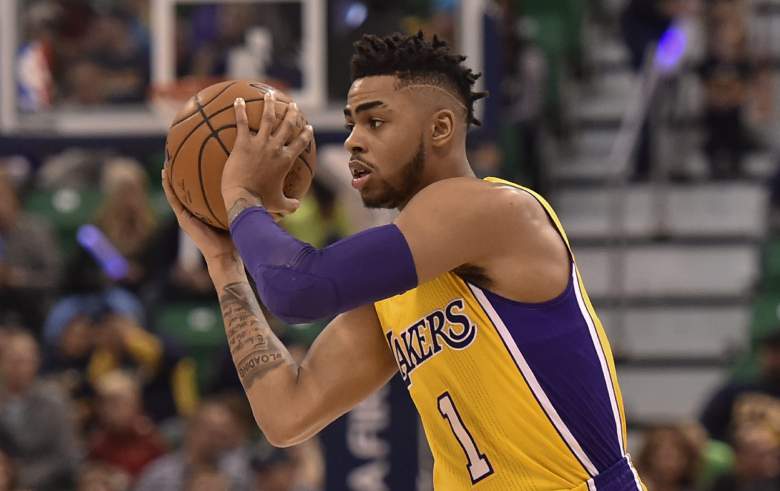 Russell doesn’t rack up the assists at a rate similar to that of a Russell Westbrook, Chris Paul or James Harden, but he’s proven to be an effective option in Luke Walton’s system. Russell’s averaging 4.8 assists per game this season, tops on the team, and he also has an assist-to-turnover ratio of 1.6. With Russell sidelined the Lakers will continue to evenly distribute the assists, as they have five players averaging between 2.3 and 4.8 assists per contest.

Calderon will have his chances, but the more likely solution will be even more opportunities for the likes of Williams, Clarkson and even Ingram to make plays off the dribble for themselves and others within the Lakers offense. Calderon’s averaged 18 minutes per game in the two contests where he filled in for Russell, and that’s likely to remain the case now that Russell will miss at minimum the next two weeks.

Drafted second overall in the 2015 NBA Draft after spending one season at Ohio State, Russell was thrust into a tough situation as a rookie. His rookie year coincided with Kobe Bryant’s final season, with the focus being more on how the 5-time NBA champion closed out his career than the development of young players such as Russell, Clarkson and Julius Randle. Russell averaged 13.2 points, 3.4 rebounds and 3.3 assists per game in 2015-16, starting 48 of the 80 games he played in. Russell put forth solid numbers, but his rookie season was better known for a particular off-court incident than anything else.

Back in March, a video recorded by Russell in which teammate Nick Young admitted to cheating on then-girlfriend Iggy Azalea became public, ultimately resulting in the Lakers having to call in a press conference in which both players addressed the situation. The two eventually talked out their differences, with Young saying in September that he felt people should leave Russell alone about the situation. And after hitting the game-winning three-pointer in the Lakers’ win over Oklahoma City Tuesday night, Young used Russell’s “ice in his veins” celebration.

5. Kobe Bryant and Stephen Curry have also undergone PRP procedures in the past 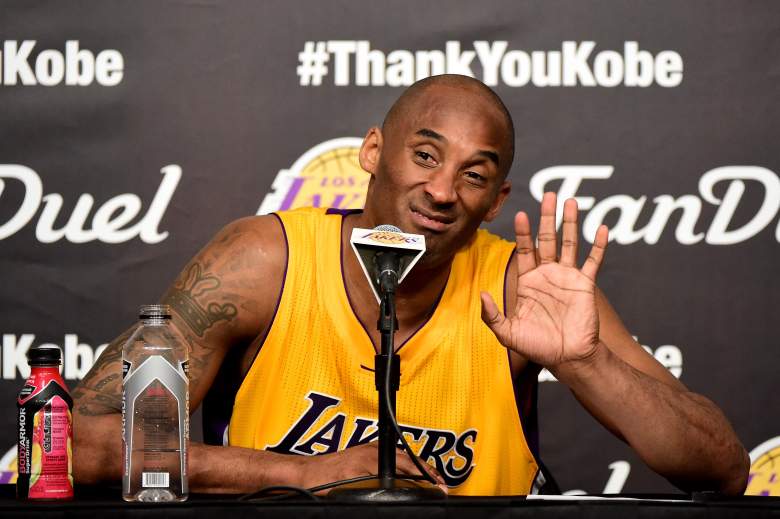 Bryant, who retired after last season, first underwent the procedure in 2012 (Getty)

The platelet-rich plasma injection is a form of rehabilitation that more athletes have used in recent years. Athletes such as former Steelers wide receiver Hines Ward and professional golfer Tiger Woods have received PRP injections to deal with injuries in the past, as have basketball players such as Bryant and Stephen Curry. Curry received an injection in his sprained right knee during last season’s playoffs to help with the recovery process from a grade 1 MCL sprain.

Bryant first received a PRP injection in July 2011, taking a trip to Germany to do so, and he returned for a second treatment in October of that year. In an article written by Jonah Lehrer of Grantland in July 2012, then-Yankees third baseman Alex Rodriguez said that Bryant’s positive words on the treatment is what influenced his decision to do the same.

Lehrer wrote the following on the purpose of PRP injections:

Those willing to pay out of pocket can now treat their ailing joints with everything from platelet rich plasma (PRP) therapy, in which blood is spun until it contains a high concentration of healing platelets, to concentrated bone marrow injections, dense with stem cells. What all of these biologics have in common is the same appealing logic: Instead of cutting with a scalpel, or administering a synthetic drug — these treatments have long recovery times and nasty side effects — the healing mechanisms of the flesh should be put to work. The body heals best when it heals itself.

Read More
Basketball, D'Angelo Russell, Los Angeles Lakers, NBA
Russell underwent treatment on his sore left knee, and he will miss at least the next two weeks as a result.