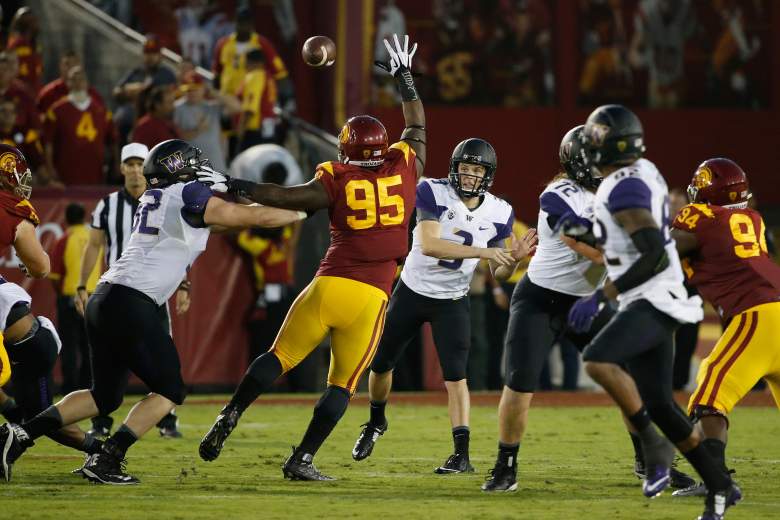 Washington takes on USC in a Pac-12 showdown. (Getty)

Washington and USC square off in a Pac-12 showdown. The game kicks off at 7:30 p.m. Eastern on FOX.

Line: Washington by 8.5 (Line is according to OddsShark and subject to change.)

Game Preview: Washington enters this contest as one of four College Football Playoff teams if the season were to end today. A surging USC team looks to play spoiler to Washington’s championship aspirations.

The Trojans have won five straight games after losing three of their first four games. USC has found their footing under new quarterback Sam Darnold. They have a difficult task in facing an undefeated Washington team in Seattle.

Likewise, USC is one of the better teams Washington has faced all season. The matchup to watch will be USC’s defense against a prolific Washington offense. Running back Myles Gaskin punishes teams with his speed. Jake Browning is one of the best quarterbacks in the country while receiver John Ross makes plays all over the field.

Read More
College Football, Football
Washington takes on USC in the biggest college football game of the week. Find out when the game starts and what channel you watch it on.