Chicago Cubs outfielder Dexter Fowler lead off Game 7 of the World Series with a home run, marking the first time that a Game 7 in the Fall Classic has started off with a lead-off home run.

(If you are having trouble viewing the video, click here to view it.)

The center fielder hit the ball to dead center in Cleveland off of the Indians‘ ace, Corey Kluber. He launched the ball 406 feet, according to Fox Sports.

Fowler is in his second season with the Cubs and made the 2016 All Star Game. During the season, he batted .276 and had 13 home runs and just 48 RBI in 125 games. But he’s hit well during the postseason and already knocked in a home run earlier during the World Series. The homer was his fifth hit of the series and he added a sixth to lead off the seventh. 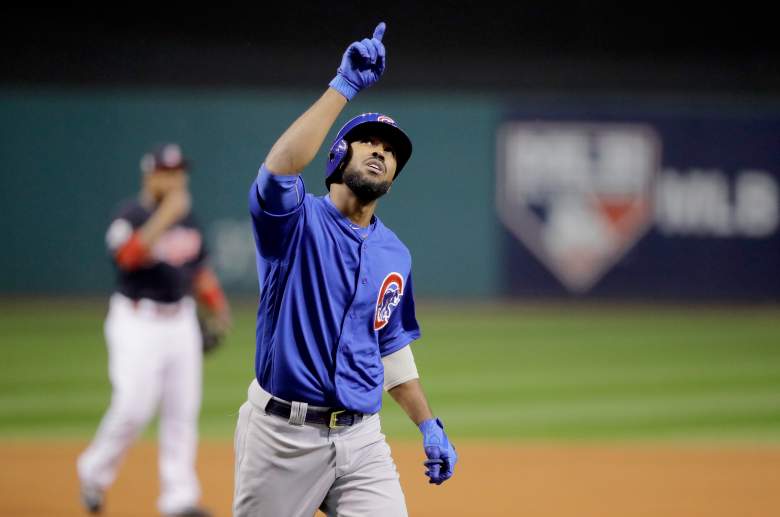 Fowler started his career with the Colorado Rockies in 2008 and remained in Colorado until 2014, when he joined the Astros. He joined the Cubs in 2015. He’s got a career batting average of .268 in his nine seasons and has hit 78 home runs.

Although Kyle Schwarber managed to get on base, the Cubs weren’t able to knock in another run during the opening inning. Kluber is pitching his third game in the series. The Indians weren’t able to score in the bottom half of the first.

The score is now 3-1 after the Cubs added two in the top of the fourth. Javier Baez kicked off the fifth with a home run of his own to make the score 4-1, then Andrew Miller gave up a rare run to make the Cubs’ lead at 5-1. The Indians started chipping back in the bottom of the fifth when Jon Lester took the mound, but Lester’s personal catcher, David Ross, hit a home run that looked almost identical to Fowler’s. The score is now 6-6 after Rajai Davis’ two-run homer.

.@D_Ross3 slams a solo home run in his final @MLB game! What a way to go out. Congrats to Ross Okay @Cubs let's go pic.twitter.com/mbrRHcZZL9

The following video shows the reaction to Fowler’s home run at a bar in Chicago. 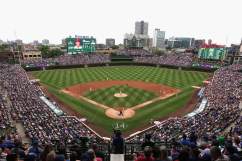