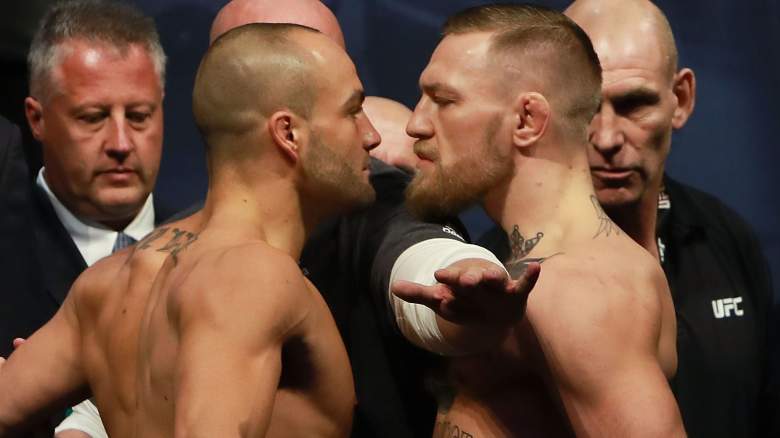 Conor McGregor is a champion. Again.

“The Notorious” made UFC history at UFC 205 Saturday night, knocking out Eddie Alvarez in the second round, establishing himself as the first man in the company’s history to be champion of two different divisions at the same time.

Here are a couple different looks at his historic victory:

McGregor is too good ? pic.twitter.com/laWl14cJlv

Afterwards, it was a typical entertaining interview from the boisterous superstar:

There's the announcement @TheNotoriousMMA has been waiting to make!! ? ? ? #UFC205 #UFCNYC https://t.co/yLQw0F9oQq

McGregor, always one known for his psychological warfare, predicted a first-round victory before the fight, and while that didn’t come to fruition, he was certainly close to making it happen. A minute into the fight, “The Notorious” tagged Alvarez with a big left, knocking him down:

Before the first round was over, he would knock Alvarez over two more times to build an early lead:

It was a lead, though, he wouldn’t need. McGregor continued the onslaught in the second, eventually knocking down Alvarez with a devastating combo before the referee was forced to stop the fight.

With the victory, McGregor strengthens what was already a quickly growing legacy:

Hopefully this puts an end to the talk of who the biggest star in the sport is. Was McGregor going in, but it's absolutely undeniable now.

It’s unclear what’s next for “The Notrious.” If he stays at lightweight, Khabib Nurmagomedov remained undefeated with a thoroughly impressive third-round submission of Michael Johnson and has more than made his case for a title shot. However, there is another potential route:

Based on meritocracy it should be McGregor vs. Nurmagomedov next BUT if I'm WME-IMG I'm booking McGregor vs. Diaz 3 for UFC 209 in Brooklyn.

That’s a question for the future, though. For now, McGregor can revel in his spot alone in UFC history.

Here are the complete results from UFC 205: 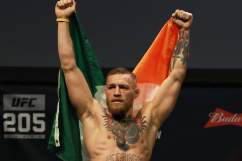