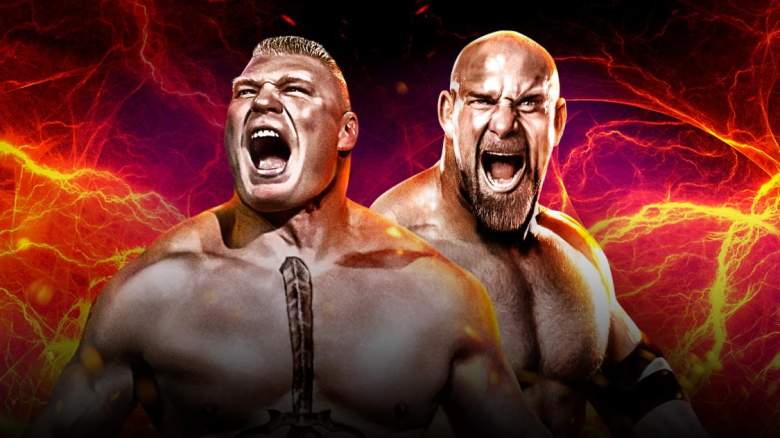 The entire WWE universe is in shock after the main event of Survivor Series, during which Bill Goldberg easily defeated Brock Lesnar in a match that lasted less than three minutes. What exactly happened here? Why did the WWE decide to have Goldberg win so easily?

We’re now beginning to hear a bit more about what went into this decision. According to Dave Meltzer of the Wrestling Observer Newsletter via Reddit, Brock Lesnar was actually originally going to win the match, with that apparently being the plan until as recently as this week. However, over the course of the last seven days, a deal was made to have Goldberg continue performing with the WWE for a bit longer, not ending his career at Survivor Series after all.

So how much longer will Goldberg stick around? Well, Pro Wrestling Sheet is reporting that he has signed a deal to appear at Royal Rumble in January. Presumably, then, this is where Goldberg and Brock Lesnar will have a rematch, at which point we will get the actual fight that we were all expecting at Survivor Series. Lesnar will now be humiliated, realizing he underestimated Goldberg, and he will go into Royal Rumble more motivated than ever.

It’s unclear whether Goldberg has signed a deal to appear at WrestleMania as well, but Dave Meltzer speculates that Goldberg will be around for at minimum Survivor Series and WrestleMania. In fact, there were rumors prior to Survivor Series that some big angle would be introduced that would lead up to WrestleMania in April. Now, it seems likely that the Goldberg vs. Lesnar feud is that angle.

Was the match always planned to be so ridiculously short, though? In the aftermath of the main event, some fans were speculating that the match was shortened because Goldberg wasn’t physically able to wrestle for very long due to injuries. After all, he said in a recent interview that he was in a lot of pain after last week’s Monday Night Raw.

“My body feels horrible. I tweaked my shoulder last night [on Raw], but that doesn’t mean in five days that I’m not going to come out kicking ass and taking names like I always do,” Goldberg said, according to Inquisitr.

However, Dave Meltzer of the Wrestling Observer Newsletter says that this did not have an impact on the length of the match. Really, it seems that the WWE just wanted to surprise us all, and ending the show over 30 minutes early and having a ridiculously brief squash match after a month of hype was a key part of that surprise. It helped to begin what should be a months-long storyline, and besides, it made Brock Lesnar seem more human and beatable than he has in a long time.

Read More
Pro Wrestling, WWE
The WWE universe is in shock after the main event of Survivor Series. Why exactly did Bill Goldberg defeat Brock Lesnar so easily? What happened?