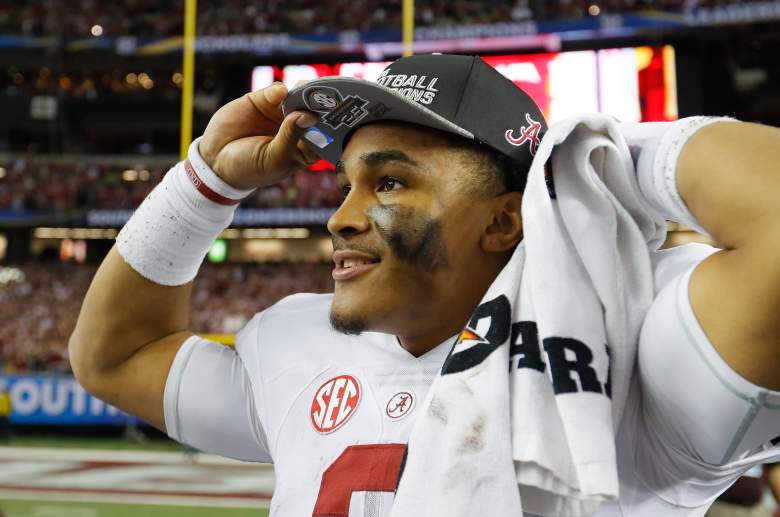 Jalen Hurts did the unthinkable in 2016, Hurts became Alabama’s starting quarterback as a true freshman. Nick Saban is not normally apt to start inexperienced quarterbacks, but Hurts had too much talent to pass up. Hurts came just a few plays short of leading Alabama to a national title. Hurts appeared to score the game-winning touchdown only to be topped a few minutes later by Deshaun Watson.

What has helped Hurts has been the guidance of his parents, Averion Sr. and Pamela, with his father also being his coach in high school. Here’s what you need to know about the parents of Alabama’s starting quarterback.

1. Averion Sr. Has Been the Head Coach at Channelview High School for Ten Years

Averion Sr., a 1986 graduate of Channelview (Texas) High School, returned to his alma mater in 2006 after spending four seasons at Lee HS in Baytown, Texas. According to Hurts’ bio, he’s a 1990 graduate of Howard Payne University, where he was a member of both the football and track and field programs.

During his time at Channelview the elder Hurts has coached both of his sons, with Averion Jr. graduating in 2016 and Hurts doing so in December 2015. Hurts graduated early in order to join the Alabama football program as an early enrollee, thus allowing him to practice with the team ahead of their College Football Playoff title game against Clemson. Jalen was given the task of mimicking the playing style of Clemson quarterback Deshaun Watson as a member of Alabama’s offensive scout team.

While Averion Sr. is involved with the Channelview ISD at the high school level, his wife of 16 years works at the LCPL Anthony Aguirre Junior High School. Pamela has worked in the Channelview ISD, where she’s currently a math special education teacher and chair of the special services department, for three years and has worked in education for seven years. While her husband earned his college degree as a marketing major, Mrs. Hurts earned hers in business administration and would later earn a master’s degree in counseling.

Jalen is the second of three children in the Hurts family, with older brother Averion Jr. and younger sister Kynnedy being the others. Averion Jr. went on to play college football as well, spending two seasons at Kilgore JC in Texas before transferring to Texas Southern. Averion Jr. was the starting quarterback at TSU in this his senior season, throwing for 1,857 yards and 12 touchdowns and completing 51.1. percent of his passes. Averion Jr. also ran for 203 yards and three touchdowns in 2016.

Jalen finished the regular season with 2,592 passing yards and 22 touchdown passes (nine interceptions) while also rushing for another 841 yards and 12 touchdowns. The two sons are especially close, with Jalen referring to his older brother as “his hero” and the player he modeled his game after.

4. The Parents Split Time at their Sons’ Games This Season

With two sons playing Division I college football, Averion Jr. at the FCS level and Jalen the FBS, weekend travel got a little tricky for Averion Sr. and Pamela. On weekends when there was a travel conflict, one would go to Averion Jr.’s game while the other went to Jalen’s, making sure that either Averion Sr. or Pamela was in the stands to cheer on their sons.

“There’s no words that can express what I see or that I feel when I go to watch a game,” Pamela told Chris Womack of WIAT in Tuscaloosa, Alabama in late November. “And I do get into the games for both of them; you will hear me…You will know that I’m there.”

5. Averion Sr. Got Jalen Involved in Powerlifting During His High School Years

Weightlifting will be a key part of many young athletes’ training routines, and Jalen was no different during his time in high school. What did set Jalen apart from many other prep athletes was how much he was able to lift, participating in powerlifting competitions while in high school. As a sophomore in high school, Jalen squatted 440 pounds at his first meet and would successfully lift 470 pounds at his next one week later according to Matt Zenitz of AL.com. As a high school junior, Jalen qualified for the Texas state powerlifting meet. 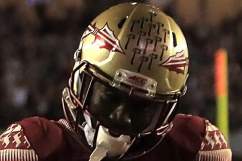