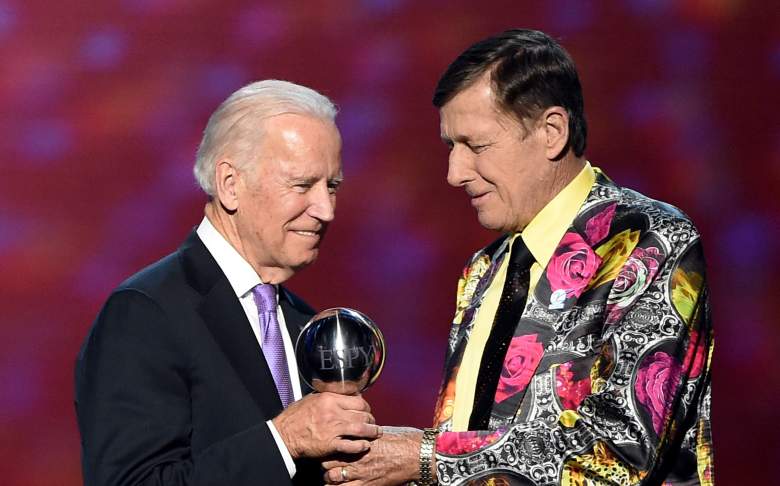 Thursday afternoon it was announced that longtime sports reporter Craig Sager passed away after a lengthy battle with acute myeloid leukemia. Sager, who was 65 years old at the time of his passing, was known for his sideline interviews and colorful style, entertaining not only viewers but many of the interview subjects themselves. Sager is survived by his wife Stacy and five children, Kacy, Craig Jr., Krista, Riley and Ryan.

There was no shortage of reactions to Sager’s death on social media, with family, friends, colleagues and members of the NBA family all sharing their thoughts. Below are just some of those reactions, beginning with his son Craig II and daughter Kacy.

"Time is simply how you live your life" ?We packed a lifetime and then some into these 28 years together. Pay it forward time! #SagerStrong pic.twitter.com/aEiDb2n0Ki

If my dad was right and time really is how you live your life, then that son of a bitch outlived us all. #SagerStrong forever pic.twitter.com/Fkb0RcbfJq

That day when craig took a break from treatment in Houston to brighten our day.#sadjustsosad pic.twitter.com/woBtuXzMBz

A gotta take a sec to breathe….

Sager had a way of rubbing off on you. And making you smile. He made us all smile a lot. What a gift. (March 2015) pic.twitter.com/qKP75dYVLY

The suits said it all – colorful, fun, a little outlandish. That’s what sports should be. Thanks, Craig Sager. We'll all miss you.

Sorry to learn HOF broadcaster Craig Sager has passed away at the age of 65. Thoughts and prayers to his family #RIPCraigSager pic.twitter.com/ld16jKYFOV

We are saddened by the loss of Craig Sager. Our thoughts are with his family, friends and colleagues. pic.twitter.com/7TjqBTwefx

Craig will be dearly missed. Here are his inspirational words from this year's ESPYS. #SagerStrong https://t.co/HuTb6X4ixf

Much love and respect to Craig Sager a true fighter and original…… SwaggChamp. RIP, WE LOVE YOU.

Thank you for being you! Brought the best out of everyone you met. #sagerstrong pic.twitter.com/ixPco9SVr2

Long Live Craig. We love you! Rest in Paradise

RIP Sager… Was always great to see him arriving at work! Left his mark on the game! Rest up

"Rest In Peace"
One of The Greatest Fighters Ever. A True Inspiration#TheSagerLegendContinues#StayMe7o pic.twitter.com/5n2p09HZiN

#RIP Craig Sager. You lived your life full of love and full of fun. That's how you live your life. https://t.co/MF3k8MWZcC

R.I.P to Craig Sager. A true definition of a brave, charismatic, stylish, strong man. A true legend to the game of basketball.

RIP to a true legend Craig Sager. There will never be another one like him. M…. https://t.co/0DP33uKtSA pic.twitter.com/87SfKplgmS

Rest In Peace #CraigSager prayers go out to his family pic.twitter.com/NDWL6suNGp

Fly with the angels Craig Sager!
True professional and a class man!
We'll all miss you buddy.
Heroes get remembered. #SagerStrong pic.twitter.com/v51p6qVSV8

All my thoughts to Craig Sager's family. Thanks for your positive energy and crazy suits. #RIP

Retired players, including greats such as Kobe Bryant and Allen Iverson, also offered their thoughts via Twitter.

“Time is simply how you live your life.” – Craig Sager. So grateful for the time you shared with all of us. RIP my friend #sagerstrong

Rest In Peace to Craig Sager. My condolences go out to his family and friends. We lost a great… https://t.co/eOits3OfvV

There was nobody like Craig Sager, and the sidelines will never be the same without him. Rest In Peace, Craig. #sagerstrong pic.twitter.com/0sggNIb8Vk

Craig Sager brought so much enthusiasm to the NBA game. But his fight to the end is what really impressed me. RIP to an inspiring man.

RIP to my buddy Craig. My heart goes out to Stacy and the kids. He always took care of me and I'll always be grateful. pic.twitter.com/jApWYzSizh

We lost a Legend today! Prayers to the Family/Friends/Fans of the Great Craig Sager! Honor to have worked w you! pic.twitter.com/O0EmNaZnVt

Craig Sager thanks for saving my life when I was in dire need of help in Detroit back in 1993. Condolences to your family. RIP my friend.

R.I.P Craig Sager !! You will always be with us You brought fans closer to the game in a fun way..humanizing coaches, fashion, wit, LEGEND!

We lost one of the best in the business. #CraigSager's bright colors & brilliant sideline reporting will be missed. #RestInPeace

There were some tributes from outside of the NBA family as well, with Billy Crystal and broadcaster Robin Roberts among those who spoke about Sager’s passing. Also paying tribute was baseball Hall of Fame member Henry Aaron, as Sager was the first reporter to speak with Aaron after he hit his 715th career home run.

Craig Sagar was there when I crossed the plate for #715 & has been a friend ever since.I thought the world of him & he will be sorely missed

Sad to hear about the loss of Craig Sager a real champion. pic.twitter.com/5fQnN1m8D4

Craig Sager said in March while he hadn't won his battle with cancer, he had not lost it yet, either. Craig, you didn't lose. You won.

Sad that Craig Sager has passed away. Greatly admire how he courageously faced cancer.
His style & wit brought us joy. ?? for his family.❤️

Sad day w the passing of Craig Sager. I extend my deepest sympathies to the family.

Sager was recently inducted into the Sports Broadcasting Hall of Fame, with many within the industry offering their thoughts on his induction and his fight against cancer.

An all-access look at an emotional evening as @NBAonTNT's Craig Sager was inducted into the Sports Broadcasting Hall of Fame! pic.twitter.com/Gyzl1ztWRr

Sager grew up in Batavia, Illinois and was an alumnus of Northwestern University. He was also a devoted fan of the Chicago Cubs, who in October won their first World Series in 108 years. Major League Baseball and the Cubs both sent notes of remembrance via Twitter.

MLB extends its deepest condolences to the family and friends of Craig Sager. We will continue to Stand Up to Cancer in his memory. #SU2C pic.twitter.com/zGRCURfPsg

We send our deepest condolences to the family and friends of Craig Sager. #SagerStrong pic.twitter.com/0xzctYw2Uz 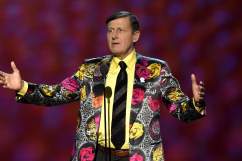