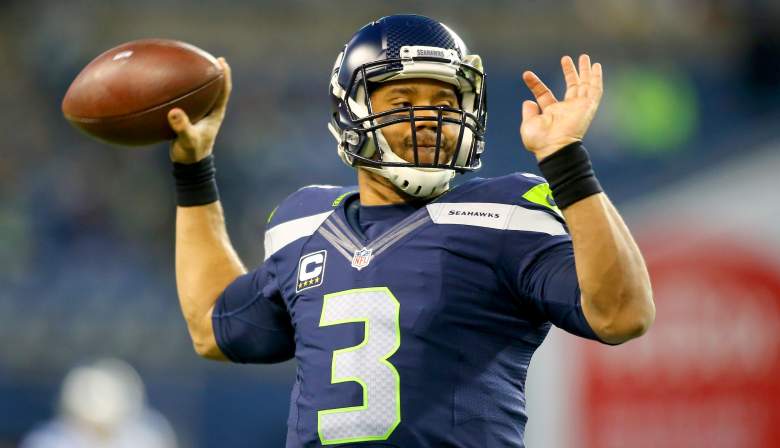 The NFC West-leading Seattle Seahawks head to Lambeau Field for a matchup with the Green Bay Packers on Sunday.

Game time is scheduled for 4:25 p.m. Eastern and it will be televised by FOX.

Note: All odds and numbers courtesy of OddsShark.com and are updated as of December 10

Betting Percentages: 51 percent for the Packers (+2.5)

Betting Percentages: 55 percent for the UNDER

I’ve had this game circled on the calendar since the beginning of the season. It’s always an entertaining contest when these two get together.

The Packers (6-6) stumbled midseason but have now won two straight, while the Seahawks (8-3-1) have picked up the W in four of five.

Barring a total meltdown, Seattle is likely headed to the playoffs. Green Bay, on the other hand, is squarely on the postseason bubble and a loss would certainly damage its chances.

Seattle boasts the league’s top scoring defense and Green Bay ranks No. 11 in scoring offense. Aaron Rodgers has thrown for 29 touchdowns, but the Seahawks have given up just 11 passing TDs all season, tied for second-fewest in the league.

The Packers can’t run the ball so their offensive scheme will be playing into Seattle’s strength (despite the loss of safety Earl Thomas). Rodgers are Co. will have some success, but don’t expect a typical Packers passing onslaught.

Over the past 5 games, the Seahawks are 4-1 and are averaging 26.6 points per contest. And that includes a 5-point stinker at Tampa Bay two weeks ago. They dropped 40 on Carolina in Week 13. Russell Wilson the offense appear to be clicking at the right moment. Well, basically the whole team is; they usually do that in December over the past few years. The return of Thomas Rawls has given the running game a boost (so has Wilson’s legs), although the Seahawks’ offensive line is still a bit suspect.

As a home underdog, the Packers have some confidence now and it’s almost a must-win for them. But the Seahawks are playing better overall ball right now. I like Seattle squeak one out and strike a blow to the Packers’ playoff hopes.

Here are a couple of betting trends for the teams. The UNDER has won in 10 of Green Bay’s last 12 home games and in 7 of Seattle’s last 10 road games. The Seahawks are 2-5-2 against the spread in their last 9 vs. the Packers. Green Bay has beaten Seattle five consecutive times at Lambeau Field.

The Pick: Seahawks 23-20 (Seahawks win straight up, Seahawks cover the spread, the UNDER wins)