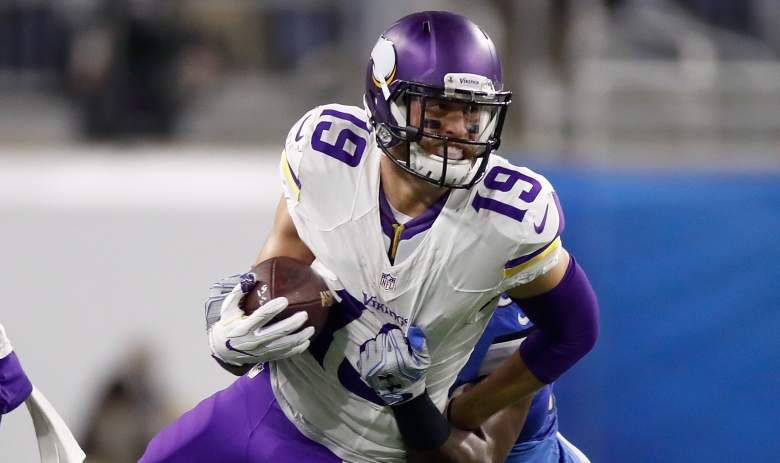 The Chicago Bears visit the Minnesota Vikings at U.S. Bank Stadium on Sunday in the season-finale for both teams.

Kickoff is scheduled for 1 p.m. Eastern and the game will be aired on FOX.

Betting Percentages: 56 percent for the Bears (+6)

Betting Percentages: 69 percent for the OVER

For a while there, it looked like the Vikings were playoff-bound. They got off to a 5-0 start and displayed some suffocating defense. Well, all good things must come to an end. Since then, Minnesota has dropped 8 of 10 and seen its D lose that edge, for the most part. So now the Vikings are playing for pride, and for some, roster spots next year.

The Bears didn’t have a shot from the get-go. While they’ve played solid defense (mostly over the last half of the season), the offense just didn’t have the play-makers to put them in position to win many games. Chicago ranked 28th in scoring at just 17.9 points per game.

Minnesota didn’t fare much better at 19.3 PPG. So this one figures to be a defensive battle. Just like the first meeting, a 20-10 victory by the Bears.

There won’t be many points in this game as both teams are void of offensive threats. The Bears are playing much better than their ugly record indicates, but can they beat the Vikings twice in the same season? Absolutely.

The Vikings can’t run the ball (fewest rushing yards in the league), but they might be catching a break in the passing game as the Bears are expected to be without two of their top edge rushers, Pernell McPhee (shoulder, questionable) and Leonard Floyd (concussion, doubtful). Despite not having leading receiver Stefon Diggs (hip), Sam Bradford should be able to dink-and-dunk the Vikings down the field to score a couple of touchdowns, which should be enough.

Running back Jordan Howard (shredded the Vikes in the first meeting) should help keep the Bears in the game, but the Minnesota defense will be able to force a couple of turnovers by quarterback Matt Barkley and hold on for the season-ending home win.

The Pick: Vikings 17-13 (Vikings win straight up, Bears cover the spread, the UNDER wins)