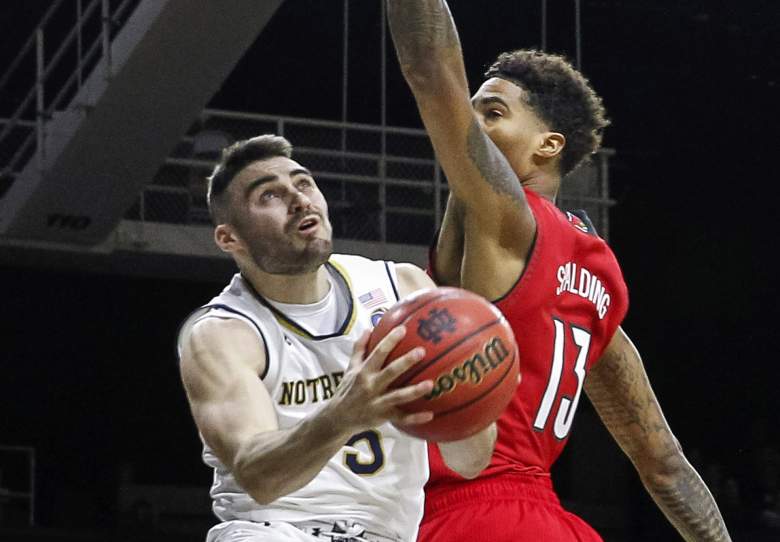 Monday night, No. 21 Duke (16-5, 4-4) and No. 20 Notre Dame (17-5, 6-3) meet in a key matchup in the ACC. With the top teams in the conference (North Carolina at 7-2, Virginia at 6-2) having two conference losses, tonight’s game is a big one for both Notre Dame and Duke with regards to the conference regular season title race. The game opened at even odds, but since then things have tilted in Duke’s favor.

The Blue Devils are a 1.5-point favorite on most sports books according to OddsShark, despite the fact that they’ll be playing on the road against a team that’s had success against them in recent years. The point total, which opened at 154 points, has dropped to 152.5 points with a couple sports books listing 153.

Duke is just 8-12 against the spread on the season, and that includes a 2-7 mark in true road games. The Blue Devils have lost five of their last six games ATS, with the lone victory being a 70-58 home win over Miami on January 21. Where Duke has enjoyed success from a gambling standpoint is the point total, as they’re 7-1 with the OVER in their last eight games. Overall, Duke is 9-11 with the OVER this season.

As for their history against Notre Dame, since the Fighting Irish joined the ACC in 2013 they’ve 5-1 against Duke (head coach Mike Brey was an assistant of Mike Krzyzewski’s during the early 1990’s). That fact may be overlooked by some who choose instead to focus on Duke’s comeback win over Wake Forest on Saturday and Notre Dame being 1-3 in its last four games.

Duke’s been an interesting team to watch this season, with a roster that some considered to be the best in college basketball before the season began. But injuries, with three of their four highly regarded freshmen missing significant amounts of time and head coach Mike Krzyzewski recovering from back surgery, and other drama (Grayson Allen) have kept the Blue Devils from establishing the chemistry needed to be elite.

In Saturday’s win over Wake Forest, Luke Kennard shot 10-for-10 from the field and scored 30 points in the second half to lead the rally, and it’s been clear that he’s the guy Duke should follow offensively. But even with Kennard’s play, there have been issues when it comes to the role allocation and acceptance of those roles.

Notre Dame has an ACC Player of the Year candidate of its own in forward Bonzie Colson Jr., and the perimeter rotation has also been solid with Matt Farrell, V.J. Beachem and Steve Vasturia leading the way. But they’ve had some issues in close games of late and in the case of their 71-54 loss to Virginia, Notre Dame struggled to establish much of anything offensively. Notre Dame faces a Duke team that’s had issues defensively, which could work in their favor tonight.

PREDICTION: Notre Dame +1.5 with the OVER. Given Brey’s success against Duke, Notre Dame being an underdog at home is interesting to say the least. Was Duke’s comeback at Wake Forest a turnaround? Possibly but the same was said of their win over Miami, and two nights later Duke had no answers when it came to defending NC State’s Dennis Smith Jr. in a two-point loss at Cameron. Take Notre Dame to win a close, high-scoring affair tonight. 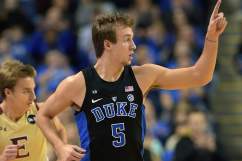 Duke-Notre Dame Live Stream: How to Watch Online for Free

Read More
Basketball, College Basketball, Duke, Notre Dame, Odds, Sports Betting
No. 21 Duke is actually favored to beat No. 20 Notre Dame, despite the fact that the game will be played in South Bend.