Lil Wayne's Explanation Of How He Became A Packers Fan Is Deep #nfl http://t.co/fnxIlnZhb8 pic.twitter.com/H2XdXfO2hl

The Green Bay Packers franchise is like any other.

With it being the only NFL franchise to not have an owner — instead, having an Executive Committee and Board of Directors — the unique situation has gone a long way at intriguing a loyal fan base. The Packers have allowed fans to purchase “stock” in the team for $250, which isn’t actually worth anything, as it doesn’t actually pay dividends. Some of those fans are notable in Hollywood.

Here are some of the most well-known celebrity Packers fans:

The Louisiana-born hip-hop star has been one of the more notable Packers fans. He even released a song, “Green and Yellow,” as an anthem for the team’s 2010-11 Super Bowl Championship.

The rapper has said he became a fan of the franchise when the Packers won the 1996-97 Super Bowl championship and his late father returned home with merchandise from the game. He’s remained a Green Bay fan ever since.

The 54-year-old actress, known for her role in Martin Scorsese’s Taxi Driver told late-night host Conan O’Brien in May 2016 that she’s a diehard fan despite being a Los Angeles native.

In the interview with Conan, she said that she has a bunch of Packers merchandise. After a commercial break, she and Conan each had cheeseheads. She said, “I have a cheese beer holder. I’ve got cheese everything.”

Foster said during the interview that she “loves” to watch football every single Sunday.

Former Saturday Night Live and movie star Chris Farley, who died of a drug overdose in 1997. Months before his death, Farley celebrated the Packers’ victory by going on the Tonight Show with Jay Leno and celebrating with players from the team.

Farley was born in Madison, Wisconsin and attended Marquette University prior to his tenure on SNL and in movies such as Tommy Boy and Black Sheep.

In one of his most notable SNL skits, Farley, a big football fan, pretended to be an avid Chicago Bears fan on a talk show.

Timberlake, the 35-year old former N’Sync star, has been outspoken about his Packers fandom and his appreciation for Green Bay’s Brett Favre and Aaron Rodgers.

Timberlake has been spotted at a few games at Lambeau Field, as well.

Styles, a member of the British pop-rock band One Direction, isn’t shy about letting his fans know he likes the Packers.

Styles is such a huge fan that he even has a Packers tattoos on his left elbow. In a concert in Milwaukee, he wore a cheesehead and was draped in a Packers flag. He told the crowd at Miller Park, “You don’t know how good it is to be around people who understand what a good football team is.” 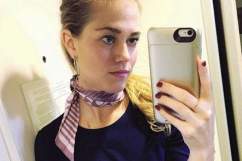 Of course @AaronRodgers12 and @oliviamunn went for the green and gold boxes of girl scout cookies #Oscars #GoPackGo pic.twitter.com/VTAJ4mYKBX

It should come as no surprise that Olivia Munn, the girlfriend of Packers QB Aaron Rodgers, is a Packers fan.

The couple have been spotted on numerous occasion at events and Munn has posted on her social media accounts numerous times about her Packers fandom. She told the story about how she met Rodgers on an episode of Conan.

Munn, who is 36-years old, has starred in the show The Newsroom and other various other films and shows. 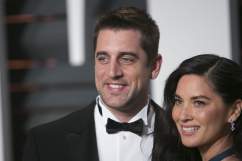