Green Bay Packers quarterback Aaron Rodgers heaved a 42-yard Hail Mary pass to the endzone as the first half expired and it was caught by wide receiver Randall Cobb. 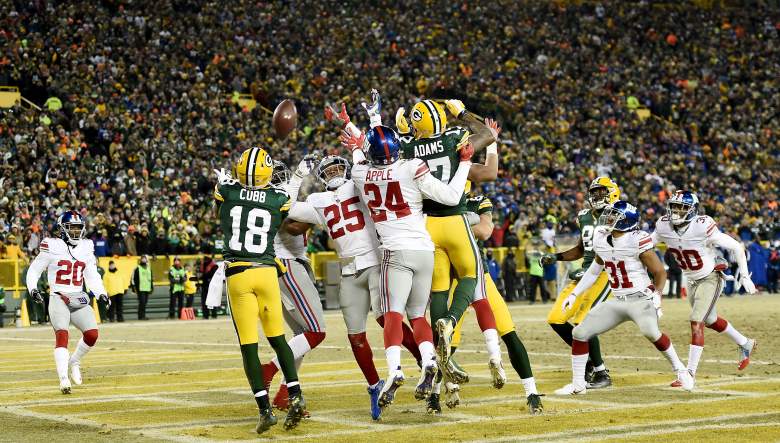 Randall Cobb was on the receiving end of a 42-yard Hail Mary pass at the end of the first half from Aaron Rodgers. (Getty)

The throw-and-catch bomb put the Packers ahead 14-6 on the New York Giants heading into halftime. The winner of the game plays the Dallas Cowboys on January 15 in the NFC Playoffs Divisional round.

It’s not the first time Rodgers has been successful on a Hail Mary pass. In 2015, Rodgers found tight end Richard Rodgers for a touchdown to win a game against the New York Giants with no time remaining the clock.

Then in the NFC Divisional round, Rodgers found wide receiver Jeff Janis at the end of the game to tie it.

The improbable Hail Mary-scenario has become second nature to Rodgers in the QB position. 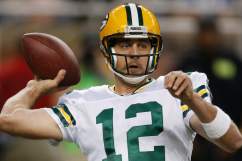 What Does Run the Table Mean for the Green Bay Packers?