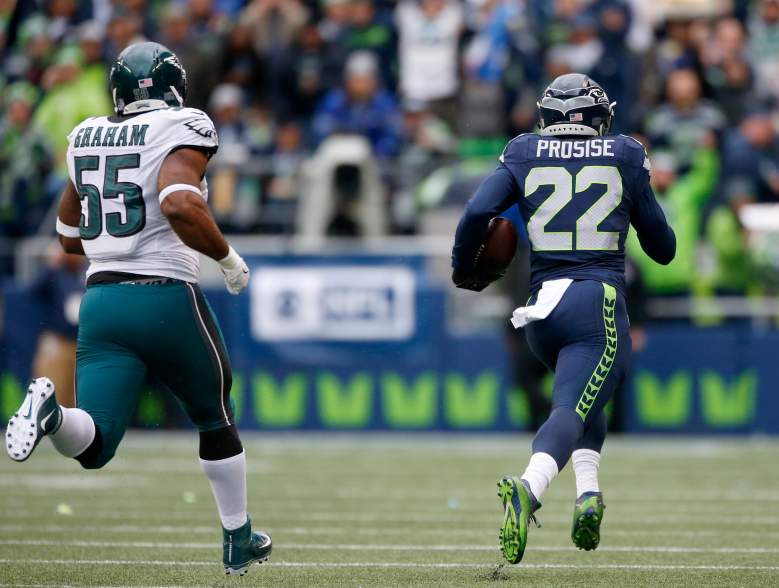 Seattle running back C.J. Prosise will watch the NFC Divisional round game from the sidelines January 14. (Getty)

When the Seattle Seahawks go on the road to play the Atlanta Falcons in an NFC Divisional round game January 14, a number of players will be watching from the sideline due to injury.

The full list of inactive players was released prior to game time, and here’s who will not be seeing playing time during the game.

Seahawks inactives vs. the Falcons pic.twitter.com/wlAgKUxjd3

Most notable of the injured Seattle players who will watch the game from the sidelines is running back C.J. Prosise, who is listed as out with a shoulder injury. During the week, Seahawks coach Pete Carroll said Prosise was listed as a game-time decision. He hasn’t played since Week 11 when he suffered the injury, a broken shoulder blade against the Eagles on November 20.

Starting running back Thomas Rawls is expected to dominate the workload once again, NFL.com reported. On January 7 in Seattle’s Wild Card victory against the Detroit Lions, Rawls carried the offense through the game until the passing game picked up in the second half. Rawls carried the ball 27 times for 161 yards, scoring 1 touchdown. 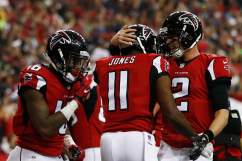 Read More
Atlanta Falcons, NFL, NFL playoffs, Seattle Seahawks
The Seahawks meet the Falcons in an NFC Divisional round game January 14. Which Seattle players are listed as inactive for the game?