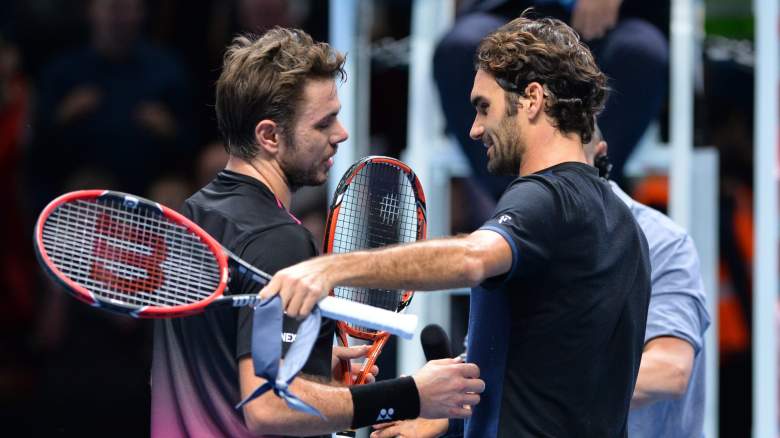 A spot in the 2017 Australian Open final will be on the line Thursday when Roger Federer takes on Stan Wawrinka.

Though Stan The Man is ranked 13 spots higher than Fed-Ex in the world rankings, seeding can mostly be tossed out the window when the latter is in the kind of form he is in right now.

The oddsmakers seem to agree, as the 35-year-old enters as a slight favorite over his compatriot.

Here’s a look at the odds, head-to-head history and a prediction for the Aussie Open semifinal matchup:

Head-to-Head Record: Federer leads 18-3; you can click here for each match

Though they haven’t played in over a year, these two know each other well. The pair of Switzerland natives have played doubles together many times, notably at the 2008 Beijing Olympics when they captured gold. They also paired together in 2014 to help Switzerland win the Davis Cup.

That familiarity should lead to a tight match, but ultimately, I can’t pick against Federer. He’s 13-0 against Wawrinka on hard court, and with the way he has dismissed players like Tomas Berdych, Kei Nishikori and Mischa Zverev in the last three rounds, the biggest question surrounding him–his health–should now be quelled. And as long as he’s healthy, he should be viewed as the favorite here.

After bowing out in the Australian Open semifinal in four of the previous five tournaments, Federer returns to the final for the first time since 2010.