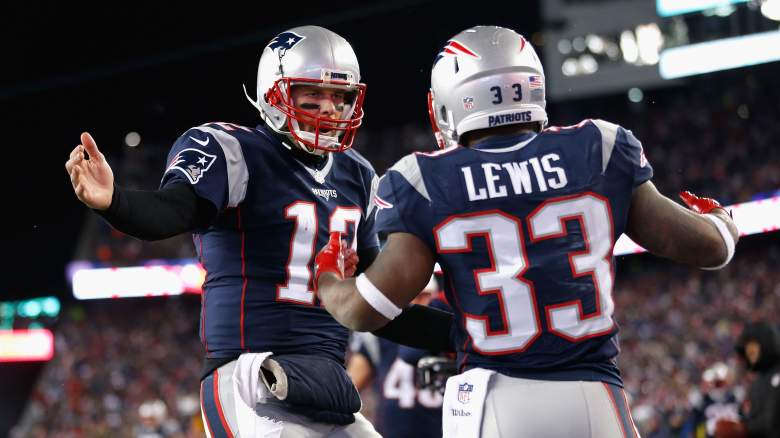 For the sixth time in the last 10 years, it will be either the New England Patriots or Pittsburgh Steelers in the Super Bowl.

Each sporting winning streaks that date back to November 20, the pair of AFC juggernauts meet Sunday night for a trip to Houston.

Here’s a full look at the odds, as well as my pick against the spread:

Note: All odds and numbers courtesy of Oddsshark.com and are as of Saturday, January 21

Percentage of Bets: 56 percent on the over

While the Patriots’ 27-16 victory over the Steelers at Heinz Field back in Week 7 can mostly be forgotten because Ben Roethlisberger didn’t play, there was a noteworthy takeaway from that game:

The Patriots’ ability to run the ball.

LeGarrette Blount torched the Steelers for 127 yards and two touchdowns on 24 carries, and that was with Dion Lewis still on IR. Now that Lewis’ versatile skill-set is fully back in the mix, the Patriots have a multi-dimensional running game to pair with the always dangerous Tom Brady and his slew of weapons.

First player in #NFLPlayoffs history with a receiving TD, rushing TD and return TD…
In the SAME game.

Of course, on the other side of the ball, the Steelers have a pretty good offense, too.

Le’Veon Bell has run for 100-plus yards in seven of the last eight games, and even if the Pats’ fourth-ranked rush defense is able to slow him down, he can do serious damage as a receiver.

Ultimately, both offenses should be able to move the ball in an efficient matter. It wouldn’t be surprising if this came down to a timely turnover or red-zone stop, and in what I expect to be a close game, I’ll side with the better quarterback. That’s Brady, especially with Big Ben’s struggles on the road this season.

Prediction: Patriots 31, Steelers 28 (Patriots straight up, Steelers against the spread, and OVER)