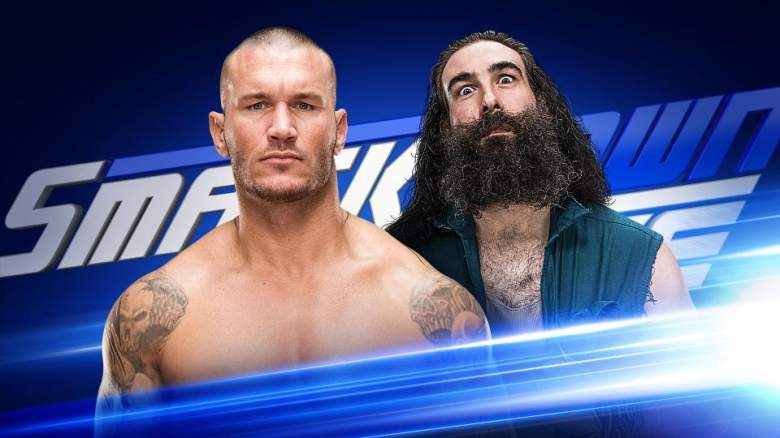 Luke Harper will face Randy Orton on ‘SmackDown’ tonight as the Wyatt family is in turmoil. (WWE.com)

SmackDown Live is currently airing a new episode on the USA Network. Here’s everything that has happened so far:

9:36 – Dean Ambrose defeats The Miz, retaining his Intercontinental Championship. Towards the end of the match, Baron Corbin runs into the ring, and shortly after, all of the lumberjacks run in and start brawling. Afterwards, Ambrose pins The Miz and retains his title.

9:27 – Naomi is scheduled to fight Natalya. However, Natalya never even makes it into the ring, as she is attacked by Nikki Bella backstage. Naomi grabs the mic and says that she’s not leaving this ring until someone steps up to fight her.

Alexa Bliss enters. She’s not here to answer Naomi’s challenge, though. Instead, she asks who Naomi thinks she is. As Naomi tries to make Alexa angry, Alexa says that Naomi isn’t even worth her time, and she leaves with her championship.

9:19 – Dolph Ziggler defeats Kalisto in a very short match. After the match ends, he grabs a steel chair and is about to go attack Kalisto some more, but suddenly, Apollo Crews enters and attacks Ziggler. Ziggler retreats as Apollo goes to check on Kalisto.

8:59 – AJ Styles enters. Styles puts up the official Royal Rumble poster on screen, taking issue with the fact that he’s all the way in the back but John Cena is in the front row. He uses this as another example of the fact that he doesn’t get any respect even though he’s champion. He demands that John Cena come out into the ring right now.

John Cena enters. AJ Styles plays a clip of John Cena on Today, in which the hosts repeatedly refer to AJ Styles as “the guy from Atlanta” because they don’t know who he is. Styles goes on to tell Cena that no one missed him while he was gone because Styles replaced him and he’s a sorry excuse for a wrestler.

Cena mocks AJ Styles for whining about not being respected when Cena is the one who is constantly mocked and put down. He also tells AJ Styles that he’s only been hot for like six months, while Cena has been holding down the company for a decade. Not only is AJ Styles not on Cena’s level, he’s not even a level below him, Cena says. On Sunday, AJ Styles is going to find out what everyone else already knows: that there’s only one John Cena.

8:41 – James Ellsworth and Carmella goes clothes shopping. James tries on a variety of outfits as Carmella disapproves of each one. She finally dresses him in an outfit exactly like her own, and she says he now looks fabulous.

8:29 – Mickie James enters. Renee Young asks her why she has been interfering on behalf of Alexa Bliss. Mickie says that she may not have been around in a while, but she never stopped watching WWE, and she’s annoyed that Becky Lynch acts as if she’s the first great female athlete in the company. Alexa Bliss is the only one who acknowledges her accomplishments, Mickie says.

Becky Lynch runs into the ring and immediately starts attacking Mickie James. Mickie starts to run away before Becky Lynch enters from the audience, and Alexa and Mickie team up on Becky. Mickie tells Becky that she should have learned from Alexa to always be one step ahead.

8:00 – The Miz storms into Daniel Bryan’s office to complain about his dressing room. In order to appease Miz, Bryan suggests Miz has his Intercontinental Championship rematch against Dean Ambrose this evening. The Miz agrees but wants it to be a no disqualification match. Bryan refuses, instead making it a lumberjack match.