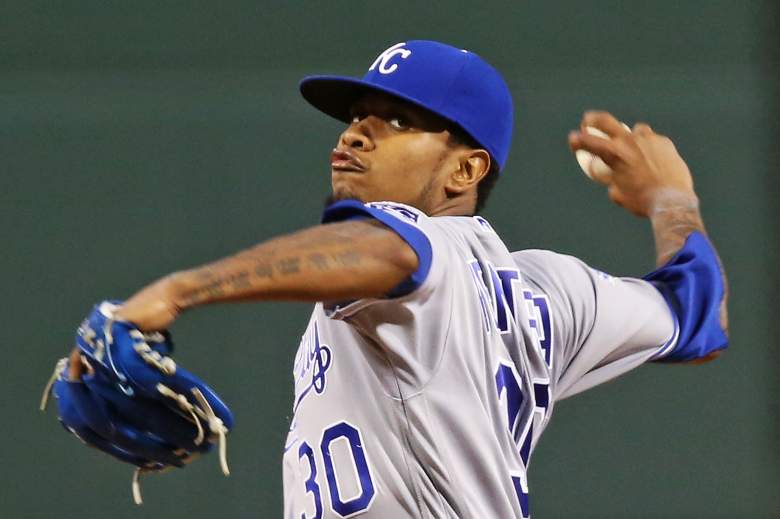 Ventura tragically passed away in a car crash Sunday (Getty)

Sunday morning the sports world was stunned by the announcement that Kansas City Royals pitcher Yordano Ventura died in a car crash. The crash occurred Saturday night in Ventura’s native Dominican Republic, and he was only 25 years of age.

Kansas City signed Ventura in 2008, with the right-hander beginning his professional career with the team’s Dominican Summer League franchise in 2009. Ventura pitched in ten games that season, starting five, finishing with an 0-1 record and a 2.78 ERA. Ventura would split time in 2010 between the Royals Dominican Summer and Arizona league teams, finishing the season with a combined record of four wins and three losses with a 3.08 ERA and a 1.18 WHIP (walks and hits per innings pitched).

Ventura’s 2011 season would be spent with the Kane County Cougars, a Class A franchise that plays in the Midwest League and was an affiliate of the Royals organization in 2011 and 2012. With the Cougars Ventura made 19 appearances, all starts, and finished the season with a 4-6 record, a 4.26 ERA and a 1.26 WHIP. Ventura tallied 88 strikeouts and just 24 walks in 2011.

2012 was a big year for Ventura, with it beginning in Wilmington, North Carolina with the Wilmington Blue Rocks at the Advanced-A level. Ventura would earn a promotion to the Class AA Northwest Arkansas Naturals during that season, and he finished the year with 4-7 record and a 3.62 ERA. In 23 starts in 2012, Ventura struck out 130 batters with just 42 walks, and batters hit just .227 against him.

Ventura’s 2012 season earned him a spring training invite from the Royals in January 2013, but Ventura would spend most of the year between Northwest Arkansas and the Royals’ Triple-A affiliate in Omaha. Ventura made 25 starts in 26 appearances at the minor league level in 2013, finishing with an 8-6 record, a 3.14 ERA and 155 strikeouts to 53 walks. Ventura was also selected to participate in the Sirius XM All-Star Futures Game for the second consecutive season.

The Royals called Ventura up to the majors in September 2013, as rosters were expanded to 40 players. Ventura made three starts in 2013, finishing with an 0-1 record and a 3.52 ERA. Ventura’s first major league start on September 17 against the Cleveland Indians was made in place of the injured Danny Duffy, and he allowed five hits and one run in 5.2 innings pitched. Ventura didn’t factor into the decision, with Cleveland winning 5-3.

Once again invited to spring training in 2014, the hard-throwing Ventura beat out Duffy for the final spot in the Royals’ starting rotation. Ventura made 31 appearances for the Royals in 2014, with 30 being starts, finishing the season with a 14-10 record and a 3.20 ERA. Ventura pitched 183.0 innings that season, giving up 168 hits and 70 runs (65 earned) while striking out 159 batters and walking 69.

Ventura made two starts in the World Series for the Royals, not factoring into the decision in his Game 2 start against the San Francisco Giants but earning the win in Game 6 to force a seventh game (which the Giants won). Ventura finished sixth in the voting for American League Rookie of the Year, with Jose Abreu of the Chicago White Sox being the unanimous winner.

Motivated by their World Series loss in 2014, the 2015 Kansas City Royals would win the franchise’s second championship. Ventura signed a five-year, $23 million contract before the season and was named the team’s Opening Day starter by manager Ned Yost. At that point in time, it appeared as if Ventura was ready to establish himself as one of the top pitchers in baseball. Things didn’t go smoothly for Ventura however, as a frustrating start to the season ultimately led to his being sent down to Triple-A Omaha on July 21, 2015.

Ventura finished the 2015 MLB season with a 13-8 record and a 4.08 ERA, pitching 163.1 innings in his 28 regular season starts. Ventura also made five starts in the postseason, losing twice (Houston in the AL Division Series and the Mets in the World Series) with no decisions in his three other starts. For his career, Ventura had a postseason record of one win and two losses (seven no-decisions) with a 4.66 ERA in 46.1 innings pitched.

Ventura finished his career with an overall regular season record of 38 wins and 31 defeats at the major league level, with a 3.89 ERA. Ventura struck out 470 batters and walked 210 in his Royals career, finishing with a 1.34 WHIP. Ventura’s fastball topped out at 102 MPH, and also in his pitching repertoire were a curveball and a changeup. 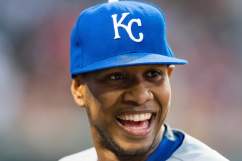 Yordano Ventura Cause of Death: How Did the Royals Pitcher Die?