The star of Google’s 60-second Super Bowl ad is the Google Home.

The spot is a montage of people returning home and using the $129 device to do a variety of things, like play music, turn on lights, answer questions, and more. The ad actually originally aired in October, so it may not be the first time you’ve seen it.

A number of companies have shelled out millions of dollars this year to get their ads aired during the game. According to Business Insider, 84 Lumber spent approximately $15 million on what is their debut commercial.

Many celebrities will be a part of this year’s Super Bowl commercials, including Melissa McCarthy for Kia, Adam Driver for Snickers, Justin Timberlake for Bai, and Justin Bieber for T-Mobile. 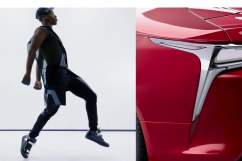