There have been plenty of Super Bowl announcers without NFL playing experience, but Troy Aikman’s experience is sure to give an added dimension to the Super Bowl 2017 broadcast. Aikman won three Super Bowls with the Dallas Cowboys and was a perfect 3-0 in the big game.

Aikman led the Cowboys to another championship over the Bills in Super Bowl XXVIII. His statistics were not as impressive as the previous season. Aikman was 19-of-27 and threw for 207 yards along with an interception. He failed to throw a touchdown in the game, but Dallas still came away with a 30-13 victory.

Aikman’s accomplishments during his football career go beyond Super Bowls. According to DallasCowboys.com, Aikman made six straight Pro Bowls and led the Cowboys to six division titles.

Over his 12 seasons, Aikman threw for 32,942 passing yards and 165 touchdowns. Football has been a lucrative business for Aikman even after his playing days ended. According to TheRichest.com, Aikman has a net worth of $25 million.

Aikman recently signed a new three-year contract with FOX. While the terms of the deal were not disclosed, Aikman and Joe Buck are FOX’s top broadcast team. Aikman is likely compensated as one of the higher paid analyst given his status at FOX.

He spoke with Sports Illustrated about the similarities between playing and doing an NFL broadcast.

“I’ve now been broadcasting longer than I played and I feel like I’m just beginning to get it a little bit. I’ve always known football. I’ve always known the quarterback position. I’ve always known offense and defense and all the things I’m being paid to talk about. But as far as the business called television, I’m just now seeing the improvements,” Aikman told Sports Illustrated.

While Aikman has become one of the top broadcasters in the industry, for many football fans he will forever be linked to the great Cowboys teams of the 1990’s along with Emmitt Smith and Michael Irvin. 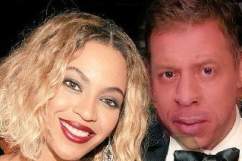